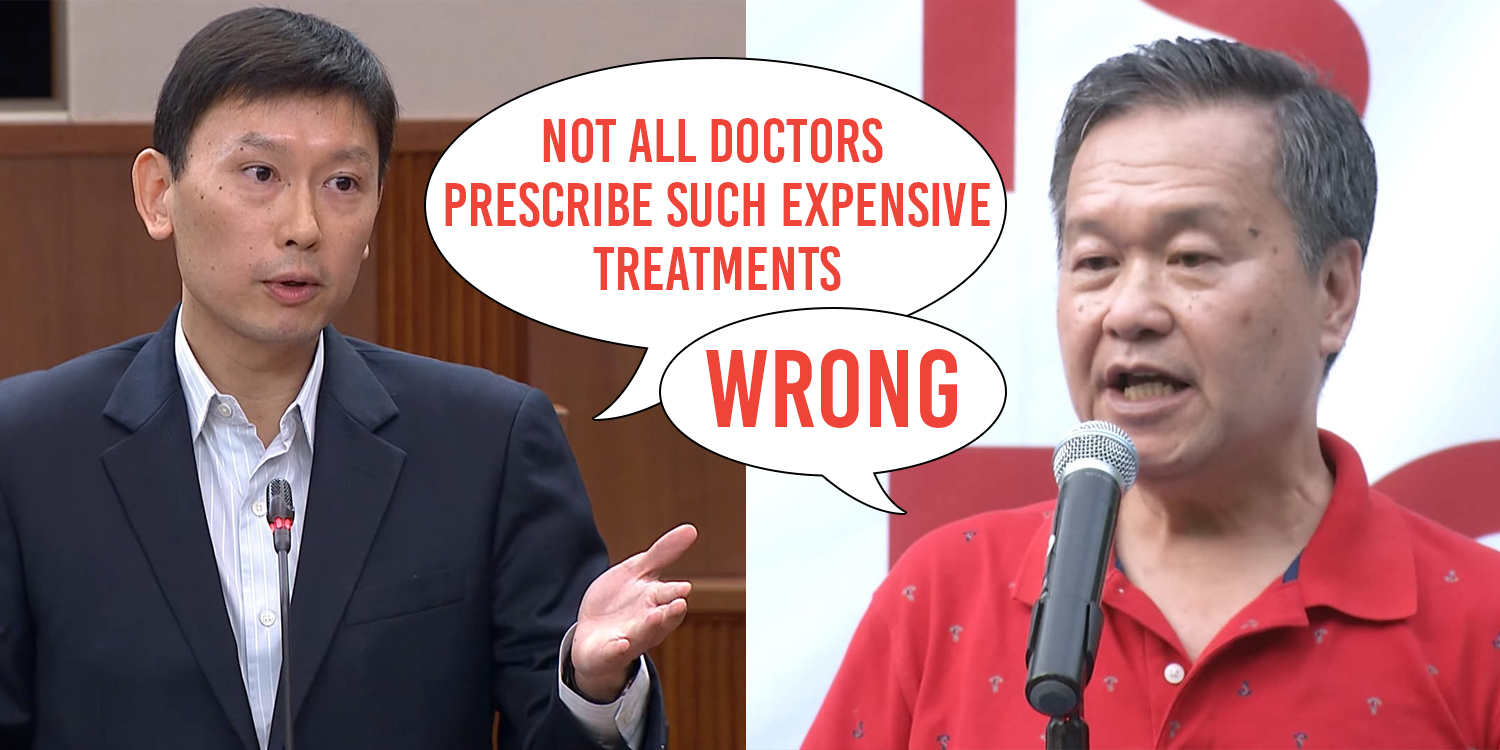 Do Singaporeans see a hospital as a buffet table, choosing unnecessary treatments just because their insurance pays for it?

That’s the debate that has erupted online after Senior Minister of State for Health Mr Chee Hong Tat’s announcement in Parliament last week that new Integrated Shield Plan riders will require patients to bear a minimum of 5% co-payment.

It’s something you can add to an existing insurance policy for greater coverage.

In the case of zero co-payment riders, patients fork $0 for the care they receive.

Under the Ministry of Health (MOH)’s new framework, those with existing insurance plans will not be affected — unless the insurer chooses to change them, of course.

The strain of riders on our healthcare system

In his statement, Mr Chee verbosely argued that zero co-payment riders had led to a “buffet syndrome, leading to over-consumption, over-servicing and over-charging of healthcare services“.

He added that these plans have led to cases of Singaporeans overusing medical services,

In one case, a full rider policyholder made claims for 12 nose scopes in a year, without clear medical need.

Another patient underwent a $70,000 procedure to remove a small lump from her breast, despite there being an alternative that cost just $5,000. 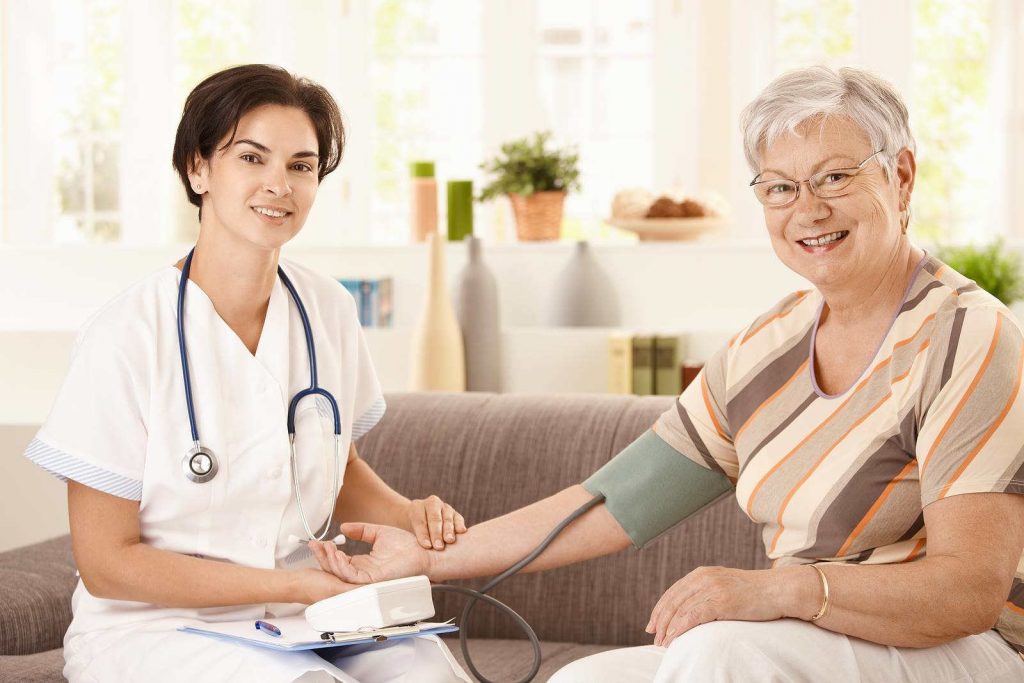 I don’t know what this is for but it’s free so why not?
Source

Mr Chee blames such practices for the rising cost of healthcare premiums.

This is a key reason why rider premiums have increased by up to 225% over the past 2 years.

No, minister, that’s not the case

But not everyone is buying Mr Chee’s argument — former NTUC Income CEO Mr Tan Kin Lian took to Facebook on Friday (9 Mar) to air his disagreement with the statement.

If you’ve forgotten who Mr Tan is, he’s the presidential candidate from 2012 that garnered less than 5% of the vote.

What exactly is Mr Tan — who has previously spoken out about public transport and education — saying now? Let’s find out. 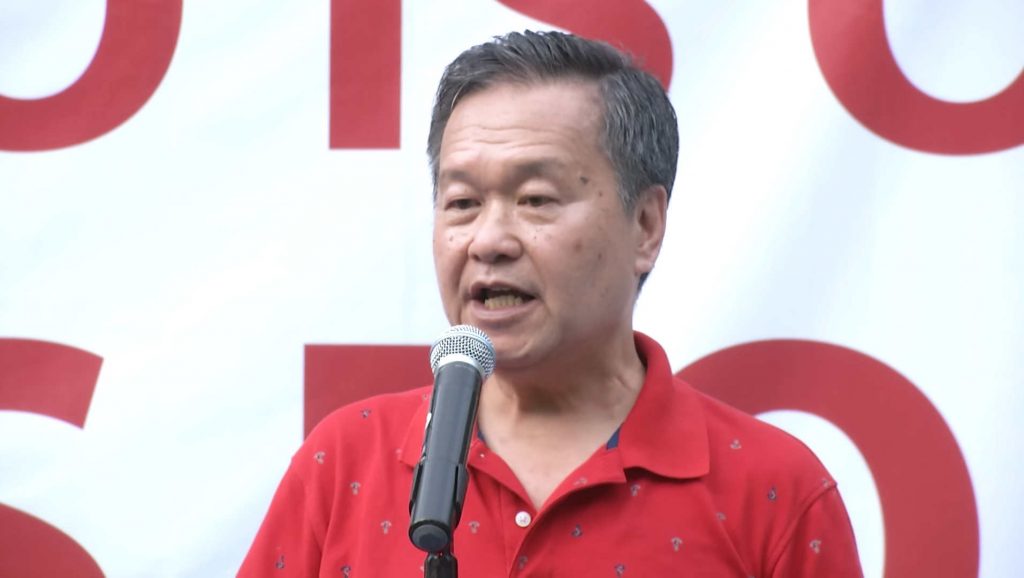 Instead of blaming patients, Mr Tan blamed doctors and hospitals for the over-consumption of medical services.

They are running a business. If they can get patients to consume more, they earn a larger income or profit.

He went on to allege that some doctors and hospitals “prescribe more treatment to generate income and profit”.

Anticipating netizens’ calls for evidence, he followed up by saying,

I am not suggesting that all doctors and hospitals behave in this manner. But the anecdotal evidence does suggest that this is quite prevalent.

Ever the policy-wonk, Mr Tan also jumped in with a possible solution for the Ministry of Health, urging the agency to study Japan’s approach to healthcare.

Japanese authorities negotiate the cost of health care services with physicians every two years (not yearly, as Mr Tan wrote). This aims to keep healthcare costs low for Japanese.

But the method doesn’t solve the problem of over-consumption of medical services, which was what MOH set out to solve with its latest policy.

Many netizens agree with Mr Tan

This netizen says patients are pretty ignorant when it comes to medical treatments and are likely to follow the advice of their doctors – hence blaming healthcare providers for the over-consumption of medical services.

Some questioned why the masses were being “punished” for the actions of a few.

Others came up with their own analogies, likening MOH’s actions to accusing car owners of getting into accidents just because they had insurance.

And this netizen criticised MOH for wasting time coming up with a catchy term like “buffet syndrome” instead of a “fact-based perspective”. 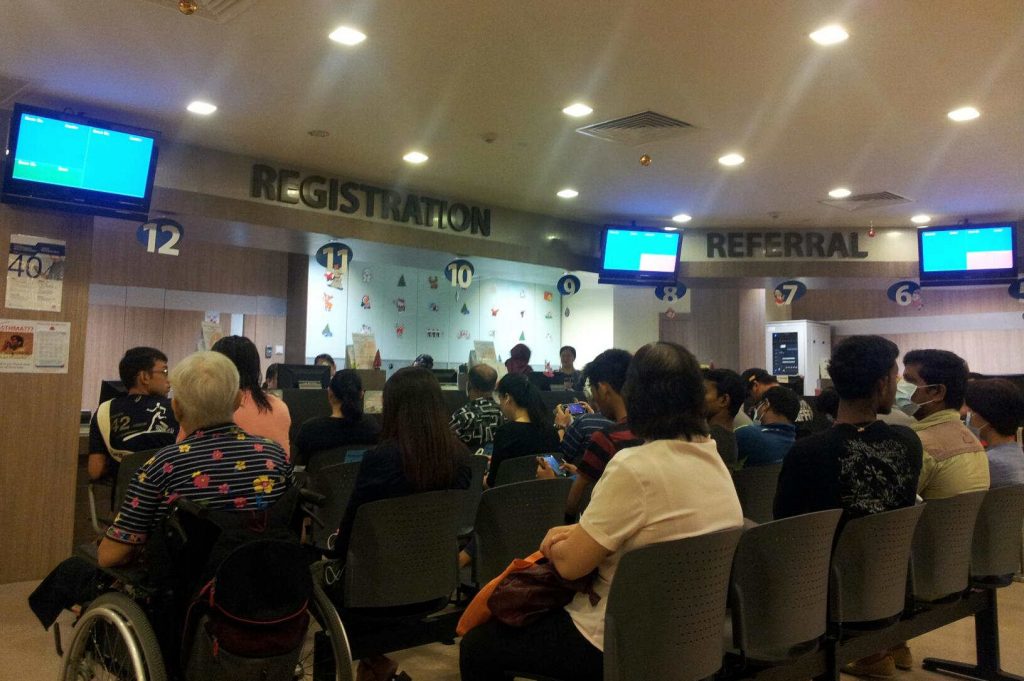 This policy may not yet affect the 1.1 million Singapore residents whose Integrated Shield plans and riders now fully pay for their hospital bills.

But that doesn’t mean we shouldn’t debate alternatives to MOH’s scheme.

Do you agree with Mr Tan’s proposal and his reasons for the excesses in our healthcare system?

Or do you believe that Singaporeans have indeed abused the system?