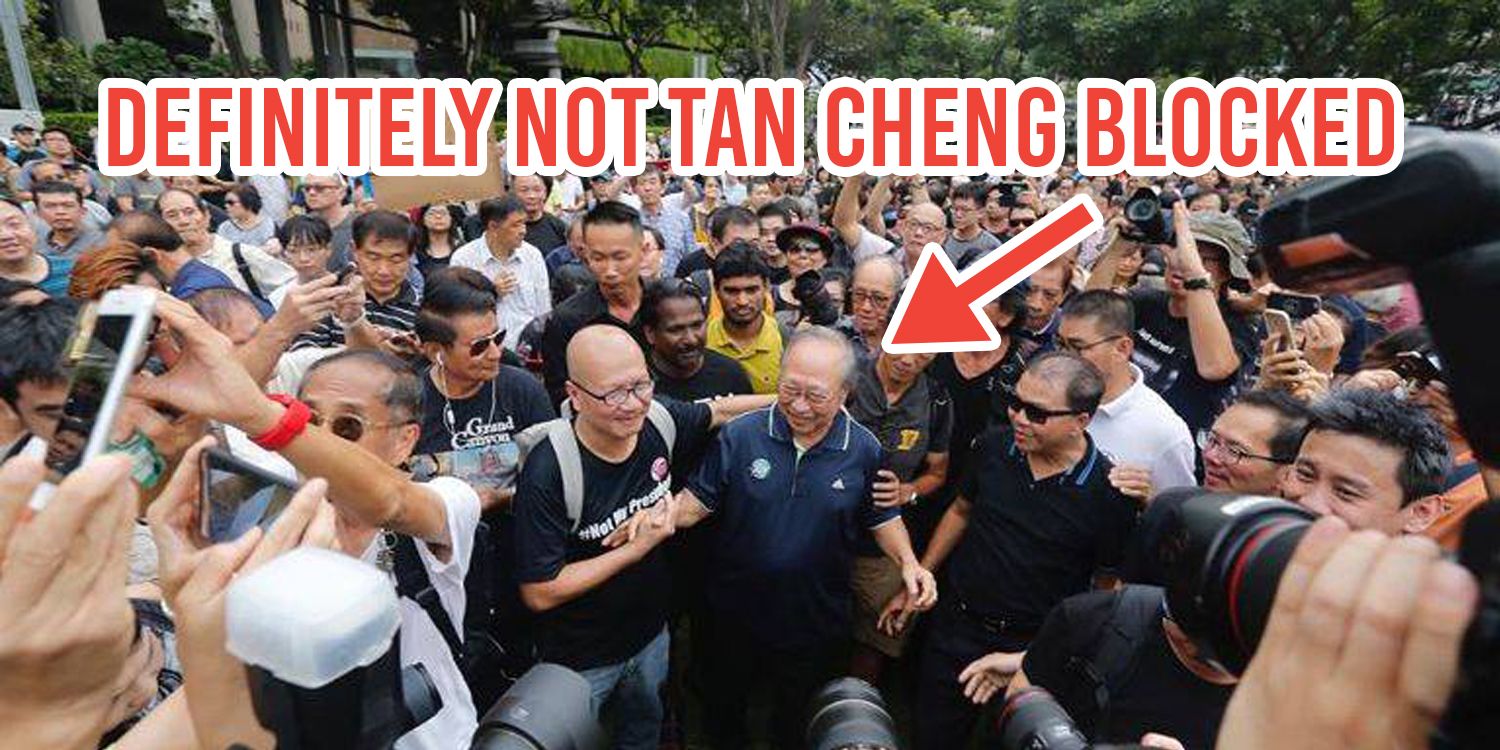 After repeated attempts to enter the 2017 Presidential Election, Dr Tan Cheng Bock has gained somewhat of a pseudo-celebrity status here in Singapore, whether if it’s because of his political stance, or simple doggedness to become president.

Which is why much buzz was created when he announced his intentions to attend the Silent Sit-in Protest against the Reserved Presidential Election, which took place on Sat (16 Sept) at Hong Lim Park.

As protesters turned up by the hundreds from 4:30pm onwards, many were eager and hoped to catch a glimpse of the “Man of the People”.

Which is why they instantly mobbed the 2011 Presidential Election runner-up the moment he stepped foot in the park.

Dr Tan arrived shortly after the event commenced at 5:10pm and was immediately swarmed by protesters wishing to meet him.

Check out how quickly people rushed forward to greet his arrival:

With that many hoping to take pictures with him, you’d be forgiven if you thought a celebrity had graced Hong Lim Park instead.

Then again, after everything that’s happened, his popularity amongst the public towers over most local celebrities.

Just check out what happened during his 1-hour stay at the event. According to event organizer Gilbert Goh, the former presidential candidate stayed for about an hour, and was received with warm applause. 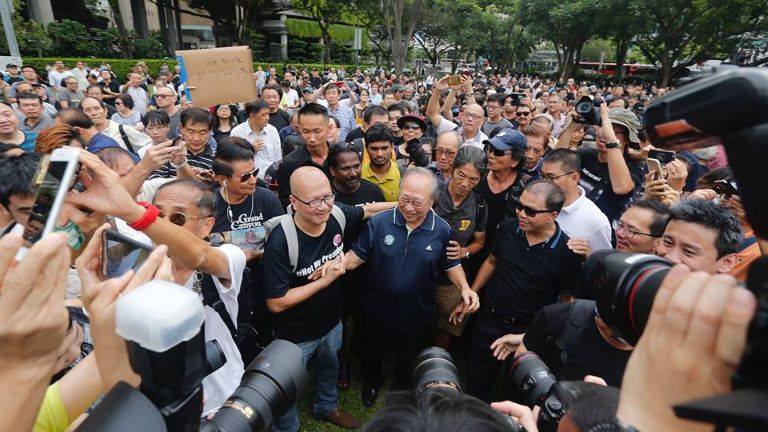 Warm reception by the protesters

Dr Tan also met up with one of his competitors at the 2011 Presidential Elections. 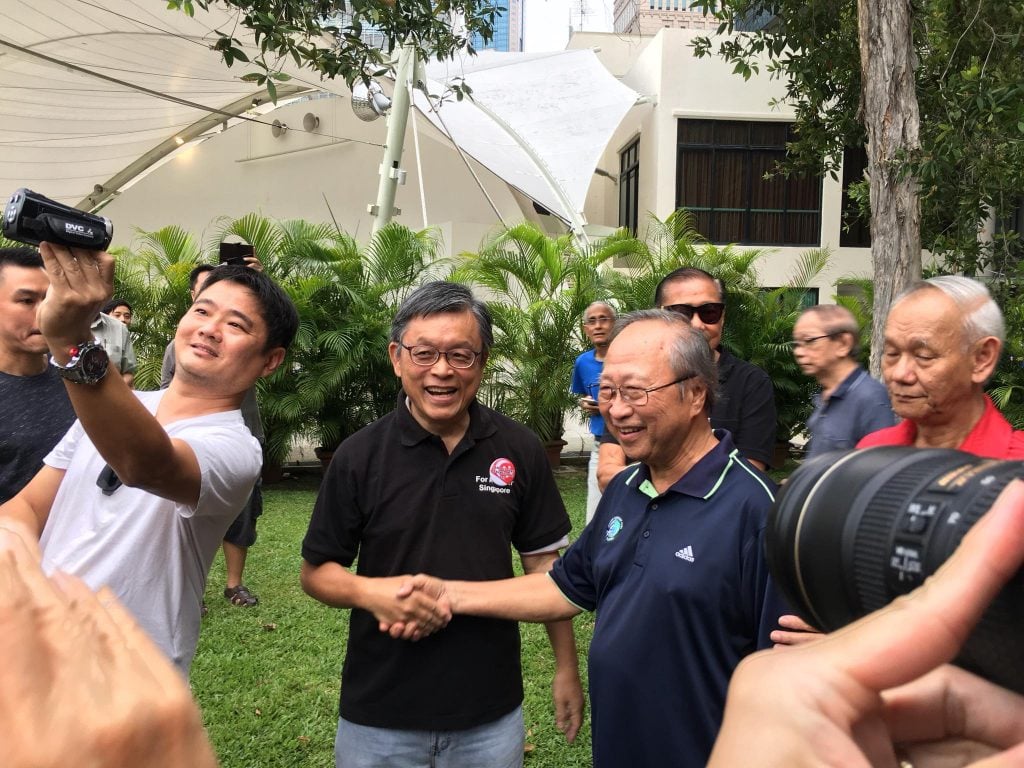 Pretty ironic if you ask me.

Shortly after the event, Dr Tan acknowledged the warm reception he received throughout on his Facebook.

Promoting him for the event was certainly a right choice made by the organisers indeed.

The protest was organised by Transitioning.org founder Gilbert Goh, who was dissatisfied over the recent events surrounding the controversial 2017 Presidential Election which saw Madam Halimah Yacob walkover to become Singapore’s first female President.

Calling out to those who were unhappy as well, the protest was an open invitation for those who wished to show their displeasure with the government appointed Presidency.

And if you were wondering how many would actually spend 2 hours on a Saturday to protest over a decision that had already been made, well.. 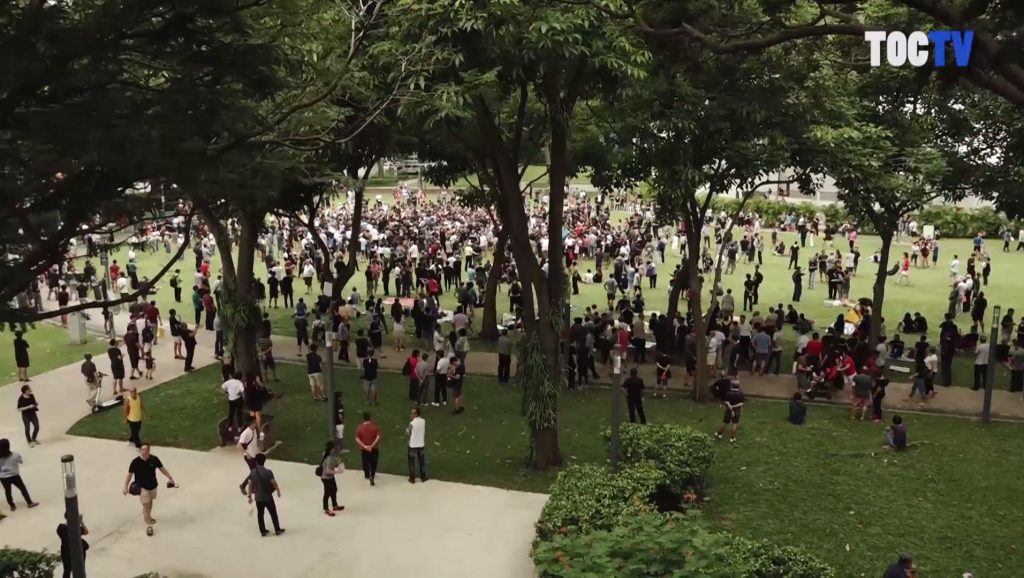 If you asked The Straits Times and TODAY, hundreds of people were involved in the protest.

However, according to the organiser Gilbert, the actual attendance was between 1,500 to 2,000 with an additional 600 – 700 floating in and out of the area. 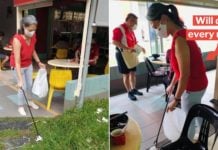