Must Share News – Independent News For Singaporeans
Home Current Affairs Politics Tan Chuan-Jin Is The New Speaker Of Parliament, And It Isn’t Actually... When the Prime Minister of Singapore nominates someone for a role in parliament, it usually means that he values the skill sets of that particular member.

However, that does not seem to be the case for Tan Chuan-Jin.

Once touted as a potential candidate for the Prime Minister role, Mr Tan has been nominated to become the new Speaker of Parliament.

Instead of seeing this as a promotion, Mr Tan’s nomination as the new Speaker should be seen as a demotion, and here’s why.

Ever since Halimah Yacob decided to contest in the Presidential Elections, parliament has been searching for a new successor.

The search came to an end on 5 Sept as PM Lee announced that his nominated candidate would be Minister Tan Chuan-Jin.

When Parliament convenes on 11 Sept, PM Lee will proceed to nominate Mr Tan as the new Speaker of Parliament. Whether Mr Tan becomes our next Speaker or not boils down to a parliamentary vote – the outcome of which will be as surprising as Halimah’s resignation.

Unfortunately for him (more on that later), Mr Tan would have to relinquish his role as Minister of Social and Family Development. He will however, retain his role as Member of Parliament for Marine Parade GRC.

Netizens shocked at the announcement

Like many Singaporeans, the MustShareNews team was shocked at PM Lee’s announcement given that Mr Tan was touted as one of his potential successors. Even the Straits Times reported that he was in the running, and we all know where they get their information from.

So, isn’t being nominated a sign of the Prime Minister’s faith? Well, not quite.

That’s because the position of Speaker has so far been reserved for politicians at the end of their career. Out of the 9 previous speakers, guess how many retired or left the political arena?

The answer 8 out of 9 thus far. The jury is still out on whether Mdm Halimah will join her 8 predecessors since she is in the running for the upcoming Presidential Elections.

As such, it is rather odd that such promising cabinet minister would be anointed to become the youngest Speaker ever.

Is PM Lee sending a message that Mr Tan’s days in politics are numbered?

In announcing Mr Tan’s new job, PM Lee listed his past accomplishments in various ministerial capacities. He goes on to share the highlights of Mr Tan’s terms as MSF, Minister of Manpower, and Senior Minister of State at the Ministry of National Development. PM Lee also attached a curiously an old photo of him presenting Mr Tan his ceremonial sword and army scholarship award. 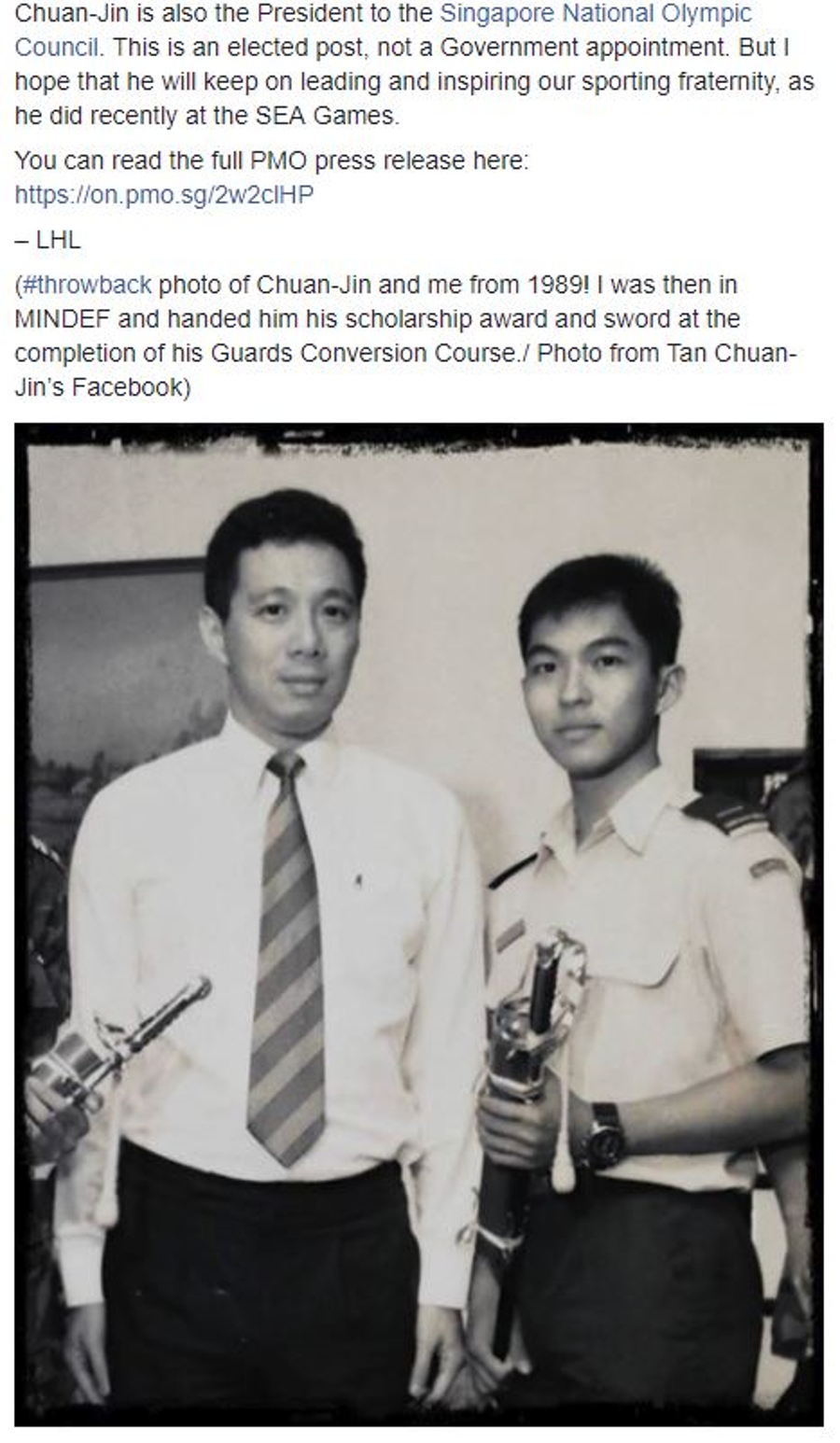 So why do we think that this is a goodbye post? It is because we have seen a similarly long and detailed post recently. Take a look below. 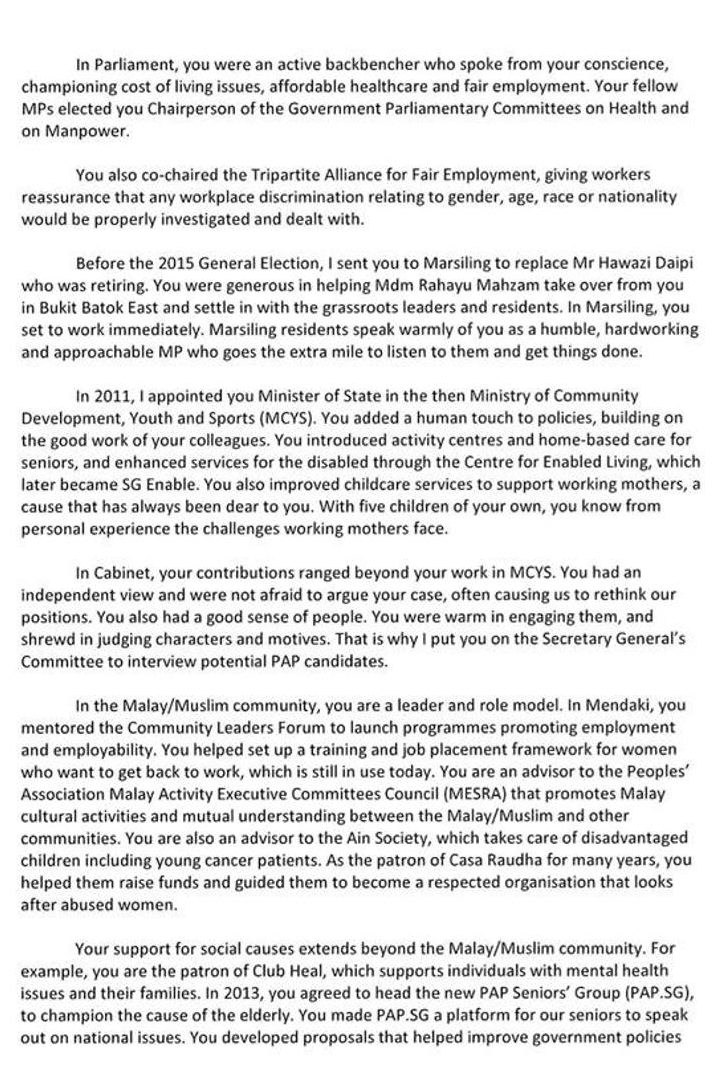 The last time PM Lee went into so much depth to describe a colleague, he was saying goodbye to Madam Halimah Yacob.

Looking at both posts, we can help but feel that PM Lee’s post looks like an end of term speech.

If being elected to the role of Speaker is supposed to be a step up for Mr Tan then it clearly does not reflect in the financial figures. Should Mr Tan become the next Speaker, he would have to endure a HUGE pay cut.

Here is what he currently earns as a full Minister.

If you do the maths, that is a 50% decrease in salary.

Perhaps PM Lee is trying to test Mr Tan’s mental resolve to see if he is worthy of earning the cool $2.2 million that a Prime Minister pockets annually.

Losing a good minister but gaining a good Speaker

Following PM Lee’s announcement, netizens took to Facebook to voice their disappointment and sadness at losing an honest and down to earth minister.

However, they did admit that Mr Tan would make a good Speaker of Parliament.

With the chance of striking Toto higher than Mr Tan’s failing to get Parliament’s mandate, Mr Tan is resigned to the path set out for him.

We’d like to wish Mr Tan all the best in his new role!