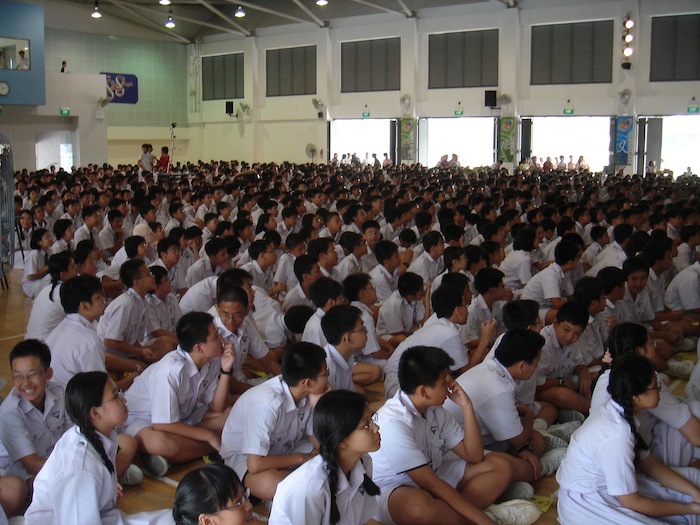 A Teacher Gives A Lesson in Racism

The notion of “Chinese privilege” shows that we need to have more conversations about racism and its microaggressions (hurtful remarks that people say to minorities living in Singapore). On 15 September, a local teacher did just that. As the teacher was Indian, one of her primary five students asked her if she was from India or from Singapore. It became a ten-minute conversation in which the student aired her racist views towards the Indians in Singapore. The teacher proceeded with her lesson, and, at the end of class, she drew up four columns—Chinese, Indians, Malays, and Others. The class then wrote the stereotypes of each race, and she proceeded to debunk them.

“How do you react to racism from a P5 child?

This is a convo that occurred at the very beginning of class. I teach creative writing to three classes of P5 students on Mondays. This was during my first class today, in fact, just an hour ago. I have been teaching these kids for half a year now.

Girl: teacher are you singaporean? as in are you from India or are you from Singapore?
Me: what do you think?
Girl: I don’t know but I think you are from India
Me: why?
Girl: but if I say why then I can be sued
Me: it’s okay, you can just say it

Girl: cos your skin very dark so you must be from India
Me: no such thing, there is a huge spectrum of skin colours. and do I ask you if you are born in China or singapore?
Girl: but I’m not so fair like ppl in China
Me: what? have you been to China?
Girl: no.
Me: I lived in China for a month, I can tell you for certain not all Chinese there are very fair.

Girl: teacher you know just now when I was walking to class I was walking behind you
Me: yes I realised, why you never say hi?
Girl: I didn’t know it was you, you usually wear dress and then today you got braid. teacher you like braid ah?
Me: I just felt like it today, why?
Girl: just now got so many Indians at the busstop, so smelly you know, and then their hair already curly they go tie braid then so ugly, I hate it when my mother ties braid for me, after she tie I quickly take out and comb it straight again

You see this is a class of 9 kids. By this point of the convo we are 10 min into class time. I need time to cover the syllabus plus they need time to complete their essays in class. also, I refuse to combat racism with any equivalent racist stereotypes. I also have a very silent 8 other kids listening to this convo. what to I do? I don’t utter another word and begin the lesson.

I’ve run through the worksheet and they are now writing their essays. and I’m sitting here feeling annoyed, angry, sad, and incapable (of nipping racism in the bud). And the one rare day I decide to dress down, I get closeted by racial stereotypes. and what are this girl’s parents teaching her? or not teaching her? I feel like I’m in primary school all over again dealing with and experiencing racism.

Teachers out there, parents also, how would you deal with this?

If you read the comment thread of this post, you would come across a particularly brilliant suggestion (among many good ones) by Hemma Balakrishnan. and I took her advice. let me update you on how this story ends. After collecting their essays, I had 5 min left before I had to dismiss them. I drew a table on the board with 4 columns – Chinese, Malays, Indians, Others.

Me: so this is a pretty fun activity, tell me what you think all Indians or Malays or Chinese are like
Student: ang moh where?
Student: others la
Student: teacher I know why you doing this, cos of what she say just now right

So the columns were filled up. We completed Indians first – black, braids, smelly. then Malays – men wear skirts, lazy. then Chinese.

Student: white!
Student: no la where got white.

After this there were no responses. They just looked at me blankly with nothing to fill in for the Chinese column

Student: Chinese are nice!
Me: (chuckling) wah for everyone else you said bad stuff and when it’s about you, you are nice?

Me: okay since there are no non-Chinese here maybe you guys have never heard of these things but lemme tell you a few things ppl say about all Chinese. greedy. don’t shower in the mornings.

Student: but teacher I shower in the mornings!

So here, I go on to explain how if what is in the Chinese column is not true, why would any other stereotype in the other columns be true. We went through each stereotype listed, debunking them. Specifically for the stereotype about Indians being black, I did not say something along the lines of “not all Indians are black”, rather I went on to say that there is nothing wrong with being black. students were mostly nodding their heads in agreement with me as we moved along each stereotype. For the Indians are smelly stereotype, apart from the fact that it isn’t true, I also spoke about how construction workers might be smelly but that’s only because they work so hard to build our houses and they are paid so little so they cannot afford to buy deodorant or perfume. also, everyone naturally has body odour after you hit puberty, it’s about how well you manage it by wearing deodorant etc.

It was such a ‘ting!’ moment for all the kids and the particular girl who had passed the remarks looked rather defiant but didn’t really say anything because all her classmates agreed with me. It was an amazing teachable moment. Thank you so much Hemma and everyone else on this comment thread! I will continue to monitor this particular girl and if I realise that she still harbors racist sentiments, i’ll speak to her parents. but things should be all good

Again a huge huge thank you! so glad I posted this on Facebook. you all played a part in turning my day around and enabling me to nip racism in the bud.”

Here are some reactions:

Many Malays, Indians, and many other minorities encounter racism every day, and most of the time, it’s difficult for them to counter it without being dismissed. But in this setting, Miss Samuthiran took the opportunity to debunk them and to gracefully teach her students that racism is a no-no.

The battle doesn’t end here, of course—many children hear racist remarks in the home and don’t realise that these ideas are laced with prejudice. The key is to keep having these conversations, and to resolve them in clever ways like these.

With reference to Facebook
Top image via Wikimedia Commons