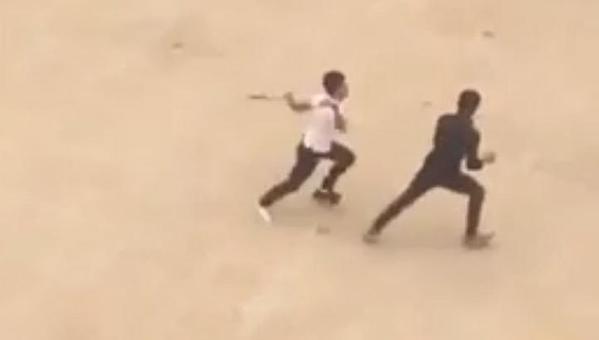 Youths making the news for the wrong reasons

Two incidents, while appearing unrelated at first, involves teenagers who got on the news and arrested for rather silly reasons.

A teenager believed to be aged between 16 to 17 snuck into a bus parked at a Woodlands industrial park, found the keys and began roving around Singapore, before the police and the bus owners caught up with him.

This guy not only knew how to drive a bus (who knows where he learned how to drive?), he also managed to navigate the roads of Singapore without having a license.

Six hours!?!? Without getting into an accident?

Damn, SBS or SMRT should hire this guy as a bus captain!

However, he was still driving without a license, and also made off with the bus without permission, so he was arrested. Even F1 drivers require a license.

Mr Francis Toh, operations manager of AZ Bus company followed him on his car while tracking his location via a GPS tracker installed on the bus.

Mr Toh was surprised at the teen’s driving skill, commenting that he drove with only one hand on the steering wheel but would signal when overtaking. And of course the fact he drove for 6 hours straight is a marvel in itself.

The teenager may have committed a crime this time, but he’d probably have a future as a bus driver if he seriously considered the prospect.

Are you not entertained?

One of the “gladiators” involved in a fight at ITE College West, notably the one without a weapon, certainly wasn’t.

Muhammad Zuhairie Adely Zulkifli, aged 16, a.k.a. the one wielding the 35cm bread knife, apparently pursued the weaponless teen to a carpark after the end of the video and successfully wounded him.

There were lots of onlookers, who either sat down to enjoy the duel or already there because they happened to be in the midst of lepak.

This tweet by mrbrown probably sums the situation up best.

Ok kids. There is a slashing in your school. Do you:

Cher, is C the correct answer?

Prior to the duel, a video was taken of one of the youths challenging the other to a fight.

Somehow the sparring escalated into a full-scale gladiator arena, although because of the gap between videos, we are unsure about the happenings in between.

News reports also mentioned that the spat was over a girl, but this information is unverified.

Apathy and the need to be entertained

One teen broke broke into a bus, then went driving around Singapore without a license, likely for the fun of driving a large vehicle. Another featured over 200 students sitting around an “arena”, waiting to be entertained by two fighting males who clearly had to be stopped. One of the males ended up in hospital because of his wounds.

The fact that an underaged teen without a license didn’t injure anyone in his GTA-style joyride remains a minor miracle. Had the teenager been less adept at driving a bus, something more horrific than his arrest may have occurred.

While we’re not keen on blaming teenagers’ age for doing stupid things, sparing a thought for consequences isn’t a trait normally found in teenagers — especially when ‘You Only Live Once’ has become a mantra for many a teenager.

Meanwhile for the slashing case, a police report was made, but the men in blue did not arrive in time to prevent injury. The fight probably shouldn’t have happened in the first place.

This is real life, with a youth wielding a long knife, with the intention to cause hurt. His actions were dumb, but the audience was made into accomplices because they failed to stop him from attacking the other male.

Are teens today so hung up on getting their entertainment fix and 15 minutes of fame that they will not prevent potentially dangerous situations from happening, and instead attempt to capture the moment to share later on social media?

We hope this rare slashing incident and its huge audience is just a one-off, and not indicative of an apathetic society armed with smartphone cameras.