Must Share News – Independent News For Singaporeans
Home Current Affairs Singaporean Terrorist Is So Afraid Of The ISA, He Wants To Take... 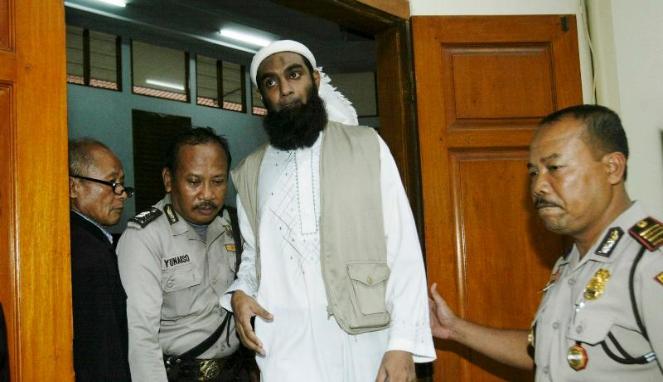 ISA feared by even the most cold blooded terrorists

Convicted Singaporean terrorist Mohammad Hassan Saynudin (a.k.a Fajar Taslim) might only be done with his jail sentence in 2027, but has already started making plans. The 42-year-old intends to apply for Indonesian citizenship and stay in Indonesia for good.

However, according to Hassan’s lawyer, Mr Achmad Michdan, Indonesia does not accept dual citizenship and in order for Hassan to gain Indonesian citizenship, he has to first renounce his Singapore citizenship.

Not looking forward to returning

Hassan dreads returning to Singapore as he could be detained without trial, under the famous Internal Security Act (ISA).

A member of the Singapore Jemaah Islamiyah (JI) chapter led by Mas Selamat Kastari, Hassan was sentenced to 18 years in jail for killing a Christian school teacher and planning terror attacks against Westerners.

He wanted a medal for terror attacks

One would think he would show a morsel of regret (or at least pretend to) over the bloodshed, but no.

In 2009, this was what an unrepentant Hassan said after the court passed the verdict:

I don’t think it’s fair. I should be given a medal – a medal of recognition, not be in prison. I will never accept this.

Nonetheless, he did not appeal against the sentence as he did not recognise the judicial system.

Featured image via Viva
With reference to The Straits Times