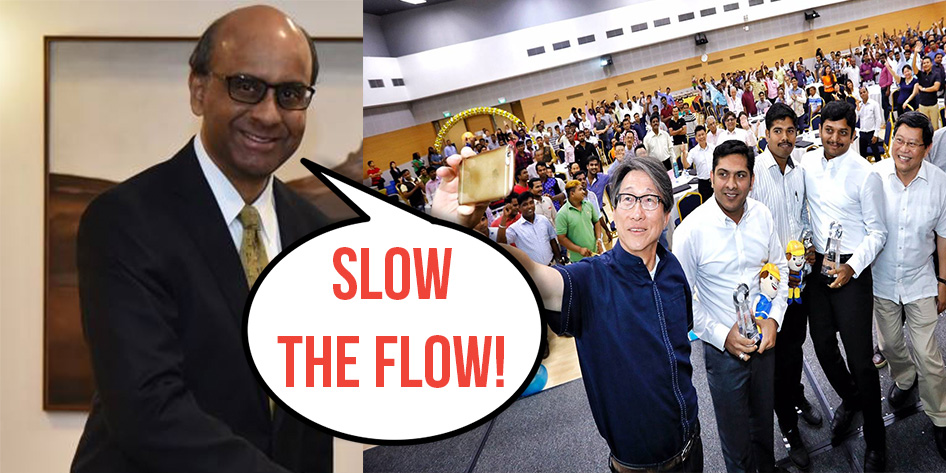 Tharman Says We Must Stop The Flood Of Foreigners, Admits We’re Already Drowning

4 years after Parliament passed the infamous Population White Paper, someone from the Government has finally revealed the extent that foreign workers have gained a hold in Singapore — but he said it in India. 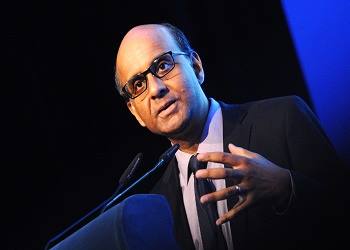 Mr Tharman was speaking at the Delhi Economics Conclave held by the Indian Finance Ministry,

He was asked a question about the Singapore Government tightening restrictions on Indian professionals moving to Singapore, The Straits Times reported.

His answer was that it would be “mindless to have an open border without any policy framework to govern and constrain the flow of people”. (Incidentally, this is when he noted that a third of Singapore’s workforce is made up of foreigners.)

He also said, according to ST:

This is a reality not just because of (President Donald) Trump in the US or Brexit in UK. It is a reality all over the world.

He may have forgotten that the basis of the Population White Paper that the Government passed in 2013 projects that Singapore’s population will grow to 6.9 million in 2030.

Since Singaporeans aren’t producing enough, a huge part of that number would likely have to consist of foreigners.

Earlier in the year, there were concerns from the Indian Ministry of Commerce and Industry that the  (CECA) between Singapore and India was waning.

Signed in August 2005, the CECA is a free-trade agreement that allows free movement of professionals as well as lower tariffs between Singapore and India. 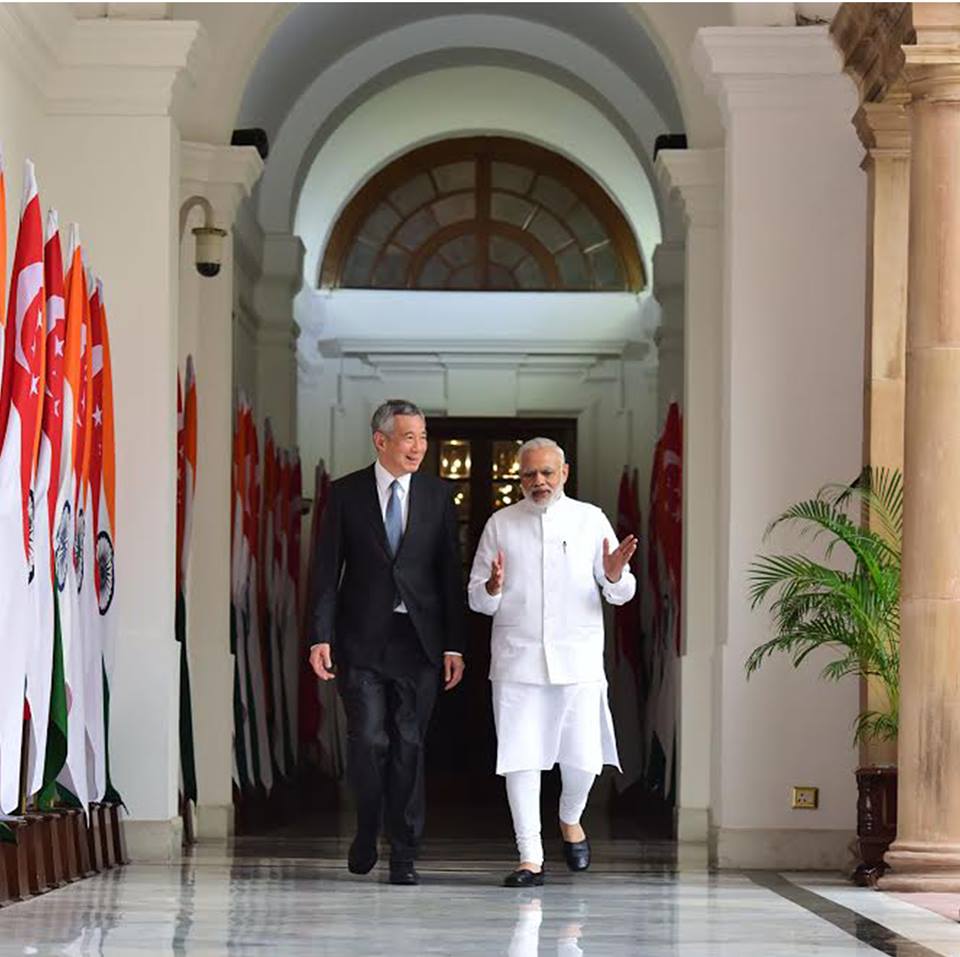 There were concerns following the implementation of the Population White Paper that such free movement of professionals would lead to a dramatic decrease in jobs opportunities for Singaporeans as cheaper skilled foreign workers could take their places.

However, The Straits Times reported that India’s National Association of Software and Service Companies had complained that the movement of Indian software professionals had been “reduced to an insignificant trickle” and that it was estimated to have “fewer than 10,000 Indian software workers” in Singapore.

In August 2016, Non-Constituency Member of Parliament (NCMP) Leon Perera voiced the concerns of the people when he asked Minister for Manpower Lim Swee Say in Parliament to provide an account of the number of foreign Indian workers that have been permitted to enter Singapore as a result of the CECA.

Instead of providing a figure or an estimate, Mr Lim answered that “the ministry does not disclose data on foreign manpower with breakdown by nationality”.

With anti-immigrant attitudes leading to Brexit in Britain and the election of Mr Donald Trump as United States president after his promise to kick illegal immigrants out of the US, the Government seems to be toning down on the number of immigrants that are allowed into Singapore.

Its aims to expand a rapidly ageing and decreasing Singapore population has taken a backseat as the Government heeds the lessons from Britain and the US.

However, if 10,000 migrant workers is considered a “trickle” to the Indians, then does that mean that we have previously allowed a flood of foreigners to creep into our system?

The Scale Of Immigration

A simple calculation from the following data released by the Ministry of Manpower shows that 37.9% of Singapore’s labour force in 2016 was made up of foreigners. (1,393,000 total foreign workforce divided by 3,672,800 total labour force X 100) 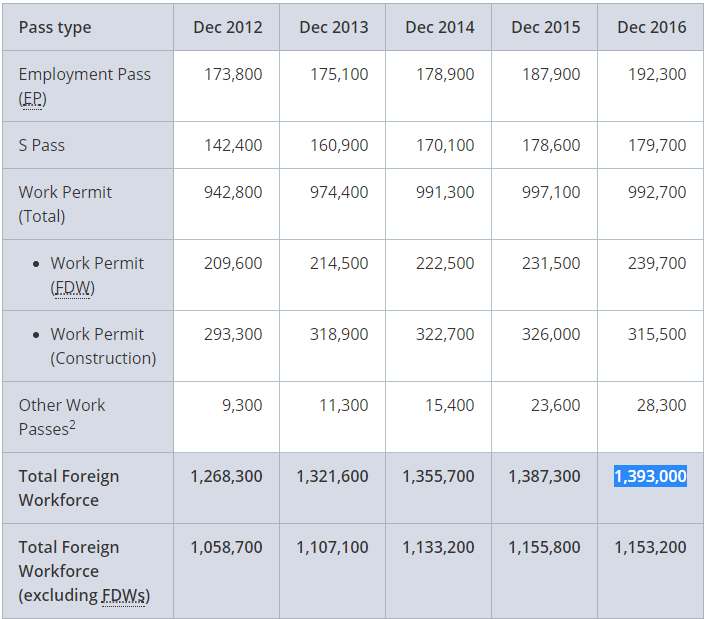 Unconvinced and suspicious by DPM’s statements, Singaporeans took to forums to voice their opinions.

Some felt it was a plot device to distract the people from the current issues at hand. 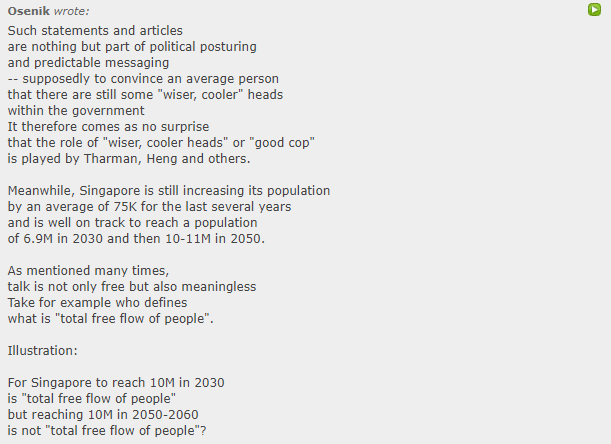 Now that a senior government figure has finally revealed the true scale of the foreign workforce in Singapore, what remains to be seen is how they are going to deal with it.

Controls have already started to take effect, but unless business work hand-in-hand with these controls to prioritise the hiring of local workers rather than foreign workers, it may not be enough. Especially when we have reports of local businesses giving foreigners better benefits than locals.

And unless the Government also makes it profitable for businesses to hire local workers but cutting the massive costs of doing business in Singapore, businesses will just be forced to close shop if they can’t hire cheaper foreign workers.

Time for the Government to put their money where their mouths are.