It must feel good when no less than a Cabinet minister praises you.

Surprisingly, the DPM knows Joel personally, and lauded him for his choosing to carve a career out of his music being a “different path” to follow in Singaporean society. Working in the music industry is arguably less common among Singaporeans.

In the BBC video, Gentle Bones talks about his struggle for success. He cites crossing swords with his parents over prioritising his music over his studies, and how academic pursuits are the default setting for the regular Singaporean. 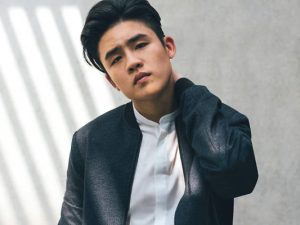 Joel has a point. Singaporean students often fall into the tunnel vision of getting good grades, going to university, getting a job. It’s a rarity for thoughts like becoming a painter, or a rockstar as a career to dance in the minds of Singaporeans.

Ministers Care About Music Too

Thus, it’s indeed heart-warming to see someone of a high political status recognise the successes of a local artist, a man who has broken the mould. Who would’ve thought that ministers would stay up-to-date with music too?

Minister Tharman even encouraged locals to support Gentle Bones in his upcoming performance at the Chinese Gardens for the JAMfest music festival.

At JAMfest, you can catch Gentle Bones and other talented local acts like Shirlyn & The UnXpected, 53A, and SuperSonic.

JAMfest will take place on the 11th of March at Chinese Gardens, Dragon Pheonix Court, 5pm till late. 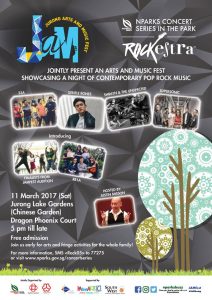