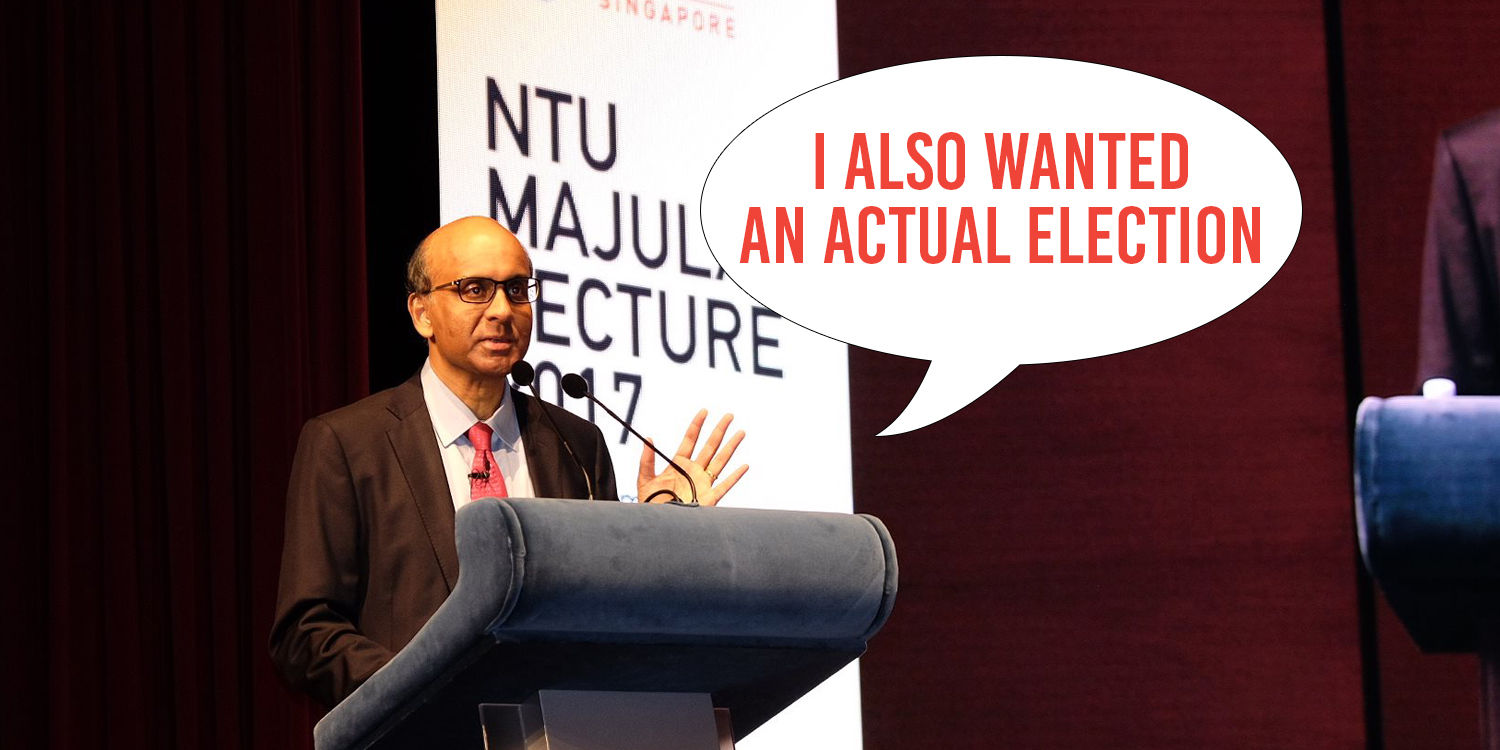 However, what’s more interesting were the questions asked after – which were largely unrelated to his speech – involving Singapore’s favourite topic of the month — the 2017 Presidential Election. 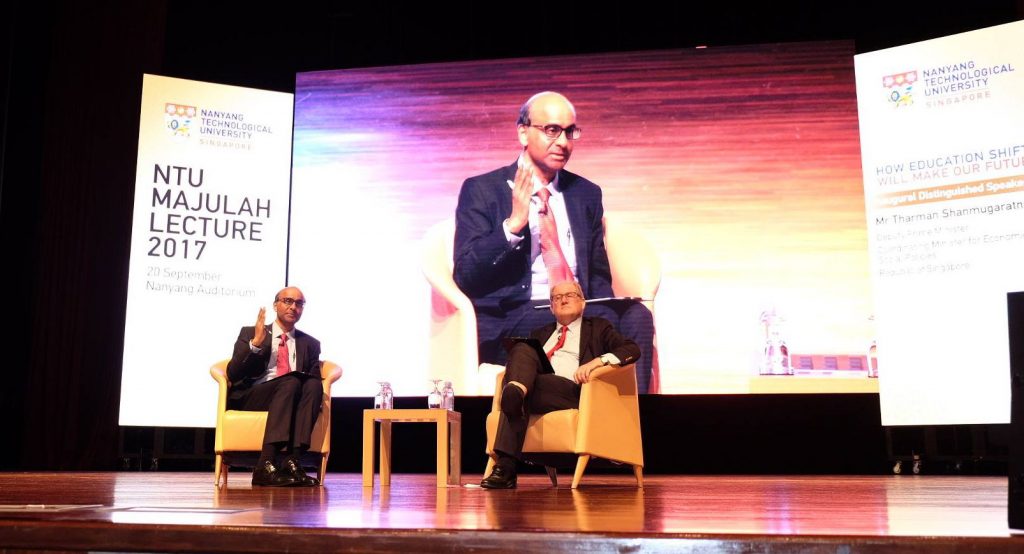 To which DPM Tharman said he would’ve preferred a contest in the election instead of a walkover.

An Election would’ve been preferred

Even though ESM Goh Chok Tong had beaten him to the punch as the first Government official to acknowledge the unhappiness surrounding the election, DPM Tharman’s response was surprising as he spoke a lot more in-depth and provided insight regarding the controversies.

When asked if Singapore was regressing as a society due to the Reserved Election conflicting with the “regardless of race, language or religion” portion of our pledge, he had the following response.

He also added that more can be done to make race matter less, instead of mindlessly repeating the pledge. However, he didn’t elaborate on what could be done.

Still, his response was a welcome surprise.

If that wasn’t enough to appease the Internet, he was then asked on the Government’s control of the media, and what he felt of the People’s Action Party’s (PAP) vicious campaigning during the Bukit Batok by-election in 2016. You might remember that as the time where PAP heavyweights took turns taking pot-shots at Singapore Democratic Party Chief Dr Chee Soon Juan, despite him only contesting against Murali Pillai.

Instead of defending his fellow PAP co-workers, DPM Tharman replied that he didn’t agree “with every tactic by every one of my colleagues”.

He also acknowledged that the ruling party had fallen short of its standards at times and that action would be taken against those that let the PAP down.

No wonder so many people want him as our next Prime Minister.

But before you share this article and tell your friends about how DPM Tharman is the PAP’s last chance to save itself, check out what some netizens are saying in response.

When he was asked if Singaporeans were more open now compared to the past and if they will judge the PAP especially during the next General Election, his response was that he doesn’t “think (that) Singaporeans are fools”, and that even when they read mainstream media, they “don’t read it blindly”.

Ironically enough, some netizens seem to be doing just that. Of course, there are those who called out his hypocrisy after reading about what he said on – you guessed it – mainstream media.

With many wondering why he failed to voice out before President Halimah was elected.

And some questioning his choice of including racial issues as the reason of discontent instead of the actual reason why they’re unhappy.

To be fair, they do have a legitimate point.

DPM Tharman is the the first Government official to properly the lack of an election and state his opinion, instead of simply regurgitating the repeated line of “noting the controversy”. Doing so might not change what is already seemingly set in stone, but goes a long way in addressing discontent.

Looks like he’s destined to be the PM we need, and not the PM we deserve.