19 August 2014, Singapore – The Singapore Lyric Opera brings you a brand new production, The Merry Widow this October 24th – 26th Written by populist Austro-Hungarian composer, Franz Lehár and first performed in 1905, this operetta is known to be Lehár’s most celebrated and one that enjoys an international success. The plot tells of a widow who inherits millions from the death of her husband, and her country’s endearing, albeit comical quest to find her a suitable spouse in a bid to maintain her fortune within the country.

“The Merry Widow combines an irresistible musical charm and elegance with a hilarious plot of international bankruptcy and love intrigue. Our stylish production and sensational cast will delight and entertain the audience. Everyone will be humming these wonderful melodies on their way home after the show!”, enthuses Director David Edwards. Led by English conductor Timothy Carey, this production will see the debut of British-Sri Lankan soprano Kishani Jayasinghe on the Esplanade Theatre in SLO opera productions, in the principal role of Hanna Glawari, The Merry Widow.

Audiences will favourably remember her from the recent SLO Gala Concert. Joining her on stage for this regaling production is an impressive ensemble of international and local opera singers such as Australians, baritone John Bolton Wood as Baron Zeta and soprano Tiffany Speight as Valencienne, tenors hailing from United Kingdom, Nicholas Ransley as Count Danilo and Ashley Catling as Camille, and Singapore’s very own tenors Melvin Tan and Jeremy Koh. Joining them as supporting cast are soprano Su Yi Wen and tenor Raymond Lee, both graduates of Nanyang Academy of Fine Arts (NAFA). Audiences can look forward to some of the most loved arias like Vilja Lied, You will Find Me in Maxim’s and the Merry Widow Waltz. This romantic comedy will be performed in English, as translated by Christopher Hassall. The evening will also feature the Singapore Lyric Opera Orchestra and Singapore Lyric Opera Chorus. , at the Esplanade Theatre.

About the Merry Widow

Hailed as the “Queen of Operettas, The Merry Widow is the most celebrated and successful operetta of its kind! Written by Austro-Hungarian Franz Lehár, (the Andrew Lloyd-Webber of his day), is a delightful romantic operetta that has endeared itself to audiences around the world since its early extraordinary successful premiere in Vienna in 1905. Its universal appeal has seen constant revivals, recordings and performances in many languages, even reworked for film and given new narrations. Why is The Merry Widow so popular? Could it be its romantic comedy plot or its intoxicating melodies and the lavish flirty waltzes layered with a rich orchestral palette? The Merry Widow has come into inheriting the millions from her late husband. It tells of the comic attempts by her countrymen to marry her off to the ‘right’ husband in order to keep her millions in the country. The task of finding the right match becomes a state problem – for should they fail, the country will be plunged into bankruptcy.

Will they succeed? Lehar’s spirit of gaiety and romance, his gift for writing music bring on the comic story of love blossoming amidst bureaucratic wrangling. Music lovers will certainly be in for a great treat when the familiar array of catchy melodies and songs such as Vilja Song, You will Find Me in Maxim’s and the Merry Widow Waltz, are heard. These well-known and beloved songs, played and sung regularly all over the world, make The Merry Widow one of the best loved musical attractions of all time! 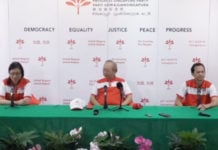 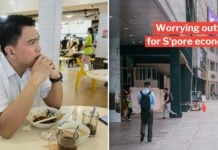