Must Share News – Independent News For Singaporeans
Home Lifestyle Co-director Daniel Yun Tells Us 10 Things You Never Knew About The...

Relive the year 1965 this National Day with 1965, the SG50 celebration film that took 5 years to put together. The $2.8-million movie is directed by Randy Ang, along with executive producer Daniel Yun — who makes his directorial debut as co-director. 1965 is based on historical events and revolves around the stories of natives and immigrants in the years leading up to Singapore’s independence.

MustShareNews spoke to Daniel Yun (DY) and found out 10 things you never knew about his passion project, 1965. 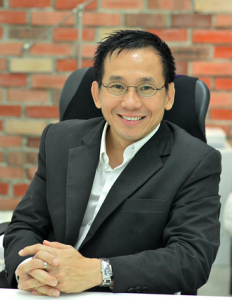 1. The SG50 celebration film was not planned for SG50.

DY: When the idea was first knitted, it was at the airport in Hong Kong. A staff of mine at Raintree pictures said we should make a movie that anyone else outside of Singapore would know. I said: “Hmm… what should it be? Chewing gum? Lee Kuan Yew?”

And then it started off as a biopic of LKY, but at the back of my mind I knew I was never someone who could make a biopic of LKY. I don’t know enough and I also don’t have the passion to find out as much about the man.

And finally of course, about two years ago, I came up with the premise that [the film could] be expanded into a mainstream film… [N]ot a documentary, historical film, or a biopic, but something that I thought should be about the common man on the streets in the 1960s, especially 1965. Because the lives and stories of these people cannot be separated from the life and stories of LKY, so LKY became a key character in the feature as well.

2. Tony Leung was never contacted to play LKY in the movie. 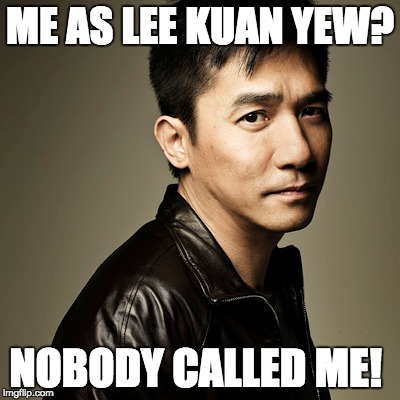 DY: At one time, I had lofty ideas. So I got Peter Chan, my good friend involved, to be the so-called the EP — the producer. There was one time he said well, [the role of LKY] can also be played by Tony Leung, a very respected actor in Asia.

There was a piece of paper where we put this kind of “wishlist” and it got leaked out and took a life of its own and was even reported in I think CNN, but we never, never, really thought of this seriously. If someone called Tony Leung in his office, they would say no one called us!

3. Cheng (played by Qi Yuwu), the protagonist, is a parallel of LKY’s internal struggle. 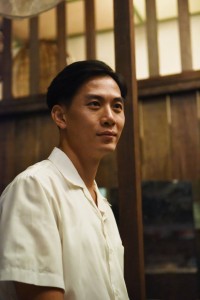 DY: Cheng is all the things that I write about doing the right things — having a brother, taking care of a family, how responsibility can be double edged — it can weigh you down but it can also give you strength. I think it’s kind of me, but of cause I’m not so brave. Cheng is brave, but I internalised certain things about LKY which I showed in Cheng, which is probably more me than I would care to admit. But he’s also a parallel of LKY’s internal struggle.

4. Qi Yuwu and James Seah got their hair cut at roadside barbers DY: The girls[’ hair] were done by hair stylists who kept it very real to the era. Qi and James Seah went to the roadside barber. Mike Kasem grew a beard that took 2 months to grow because he plays a Pakistani journalist.

DY: The Last Emperor breaks out into Chinese but it’s in English. Gandhi is in English but at certain parts it speaks all the various dialects in India. We take it one step further [so] that the language is still English and Mandarin but we have Cantonese, Hainanese, Malay, a little bit of Indian [dialects] and all to spice up the reality. But essentially, in the Singapore context, in order for the movie to be released, the dialect level cannot exceed 40%, so we probably maxed out 40%. In a way it’s quite important because anything beyond 40%, people like you [the younger generation] cannot understand the film!

And there are certain parts where the protagonists were speaking their heart, it’s all in dialect. There’s a part where Cheng, the protagonist, was expressing something very important, he spoke in Cantonese and there’s some parts spoken in Hokkien, some in Teochew.

6. The issue of race was tricky 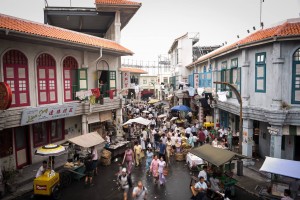 DY: The subject of race is very tricky. It can be very boring, it can be very severe – so how do you keep it engaging and exciting for old and young and how do you get them to interact in a way that makes sense to the modern audience?

And also, the racial riots were essentially only between the Chinese and the Malays. The Indians were honestly not involved. So I also don’t want to be too PC (politically correct) about it, like put a token Malay, a token Indian or a token Eurasian. I don’t want to do that. And I know some people will say “What about the Indian representation?”

But the entire film is not about the Indians or the Eurasians, it’s really about the Malays and the Chinese. So I would say the way to address this race thing — it’s the premise of the film to tell very personal stories so people can relate. 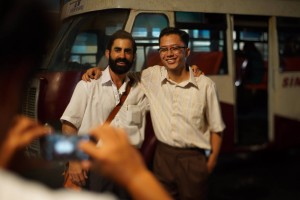 DY: I always have this idea of so-called inspired casting, where it’s not your usual suspects. It’s not like getting someone to match with someone else because they’re always seen together. I want to sort of like have a 组合 (combination) coming together of a fresh collaboration.

So the first time when we announced Qi Yuwu and Deanna Yusoff, we already knew that this is not your typical Singapore film casting. Mike Kasem was suggested by the director, Sezairi was suggested by the art director. [As for] James Seah, we saw him, [and] after a while we thought he would be right.

We don’t get the usual theatre people, we choose people who are fresh. So the coming together of these people – some of them very new to the big screen – I feel it’s almost what I would say an inspired casting.

8. Daniel Yun fought with co-director Randy Ang during the production. Many times.

DY: [Laughs] We fought. We fought like mad. I tell you one thing, I have to take my hat off to him because if I was his age and I have to deal with someone like Daniel Yun, I would kill him! [More laughter] 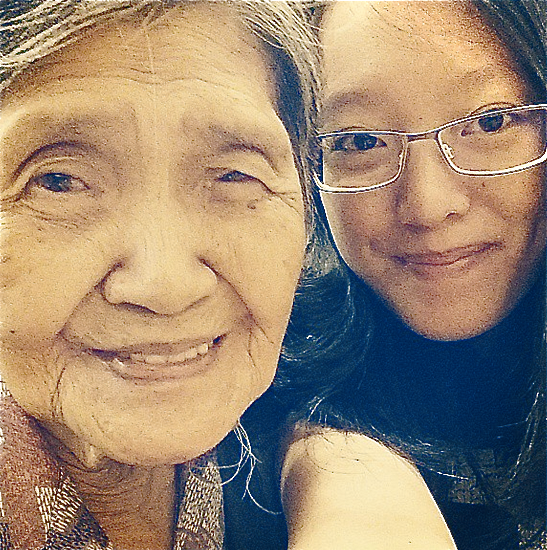 DY: I think for the Pioneer Generation, [the film helps] to relive a very important time. And for the younger generation, we hope that within minutes they’re transported back to an era where their parents lived through, [and go] “Oh, that’s what my granduncle lived through”, “That’s what this particular uncle of mine used to say”, that kind of thing. So we hope to, for them, discover — or for some of them to rediscover — the 60s.

10. LKY’s most badass moment in the movie is… 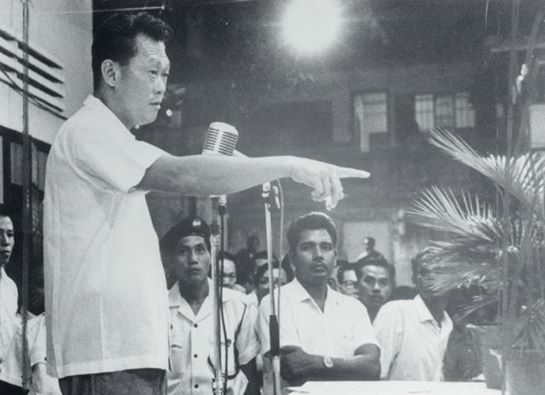 DY: There is one part in the film where he was talking on the lorry and he said something to the effect that you have to face your problems; you cannot just imagine that they don’t exist, because they do exist. That’s probably the kind of your so-called badass moment where you catch a glimpse of the other side of him that in that era you need to be rough; you need to get down to the ground. 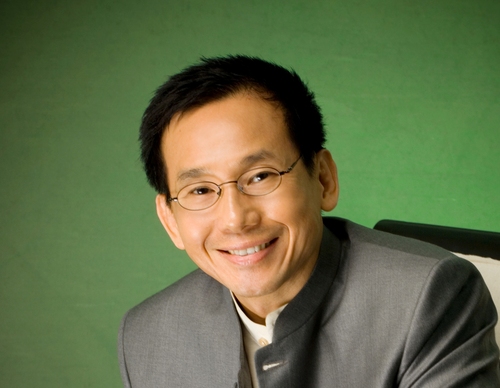 1.What was your favourite memory growing up in the 60s?

Watching Shaw Brother movies. But it was the early 70s. [In the] 60s I think we were still too poor, but I remember my father brought me to watch Sound of Music at the Orchard Theatre (now Cineleisure). [For] the 60s… [it would be] hawker food lah.

Because we were very poor, my father was a cook in Cold Storage so he brought back something that has squares. Like bread, but got squares. Then years later I was like, oh that’s called waffles.

2.(a) Where were you during the riot/ (b) when Singapore separated with Malaysia?

(a) I remember I was hiding under a table with my brother because they were having this curfew and a lot of policemen were screaming, shouting. I remembered interesting things [like] suddenly you [were told to] better be careful of the Malays. I remembered policemen shouting, and we closed our doors and windows.

3. Were there any of your personal experiences in the year 1965 that got translated onto the big screens?

The 60s was a very noisy, colourful period. It was the golden era of radio, it was the advent of TV –  so on the streets you will hear all kinds of radio — Rediffusion and all that. So I insisted that we would have to get people to read the Hokkien news, the Teochew news, the Hainanese news and put it in the background, [along with] certain Chinese songs, Cantonese opera, Teochew opera, and all that. The characters in the scene were transported into any era as they were on set.

So, the big question is…

Because we worked soooo hard… okay no lah no lah. Because [behind] every film, someone worked very hard on it. I think you all will know very soon, but it doesn’t mean people have to watch it because it’s your labour of love. I kind of think it gives you a glimpse of your past in a way that only a movie can, which is engaging and entertaining, and hopefully moving and inspiring. Hopefully, it makes you think about being Singaporean again.

Featured image via Facebook
With reference to TODAY Online