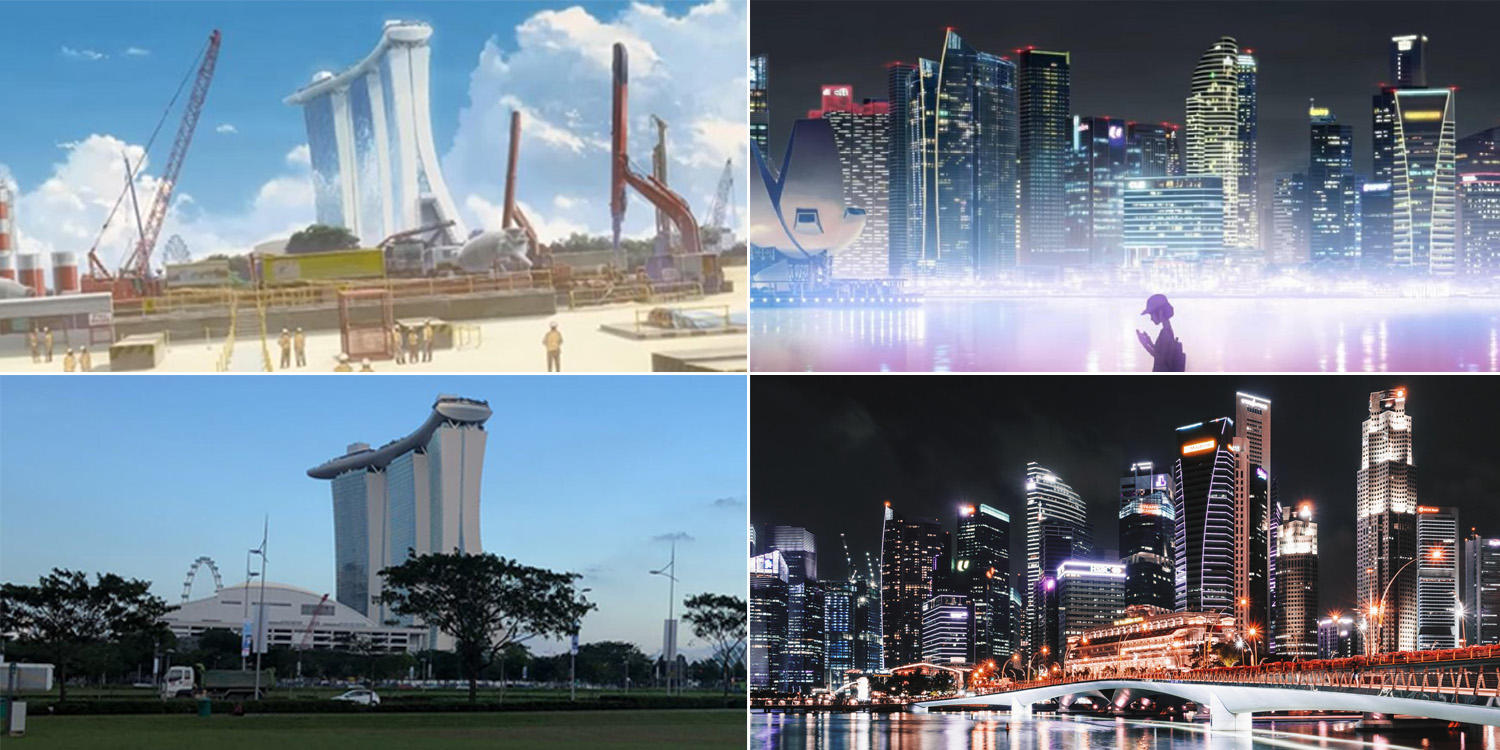 A Place Further Than The Universe featured numerous Singaporean landmarks that ranged from Changi Airport to Maxwell Food Centre.

Now, we have acclaimed director Makoto Shinkai re-imagining Marina Bay in his inimitable style that was most recently seen in anime movie, Your Name.

The Taisei Corporation, who commissioned the video, is currently working on expanding the Marina Bay station along the Thomson-East Coast Line.

The video starts out with the main character, who we later learn is named Ayano, texting her friends.

She informs them that she will be in Singapore, and reminisces about the past in her home country. 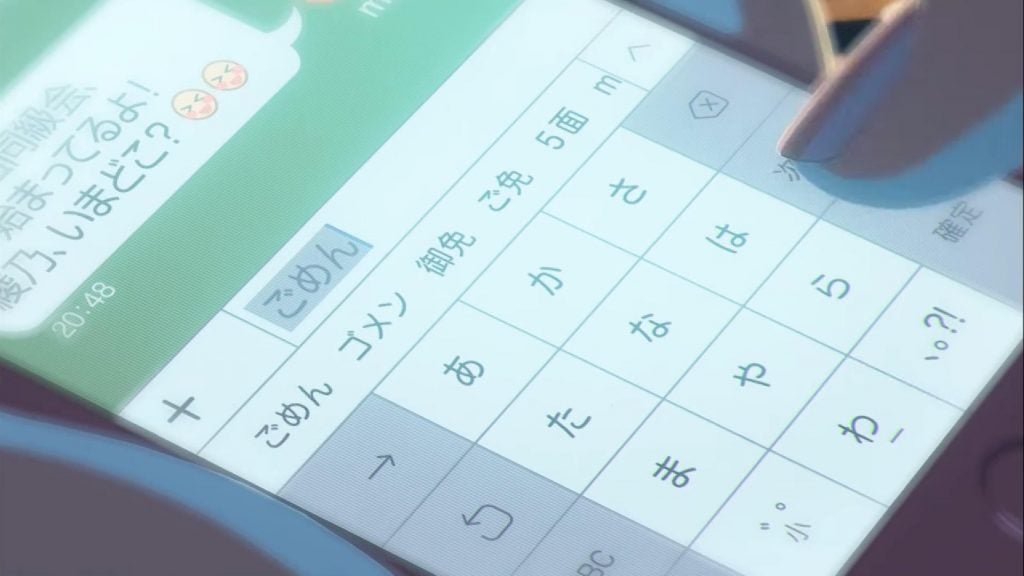 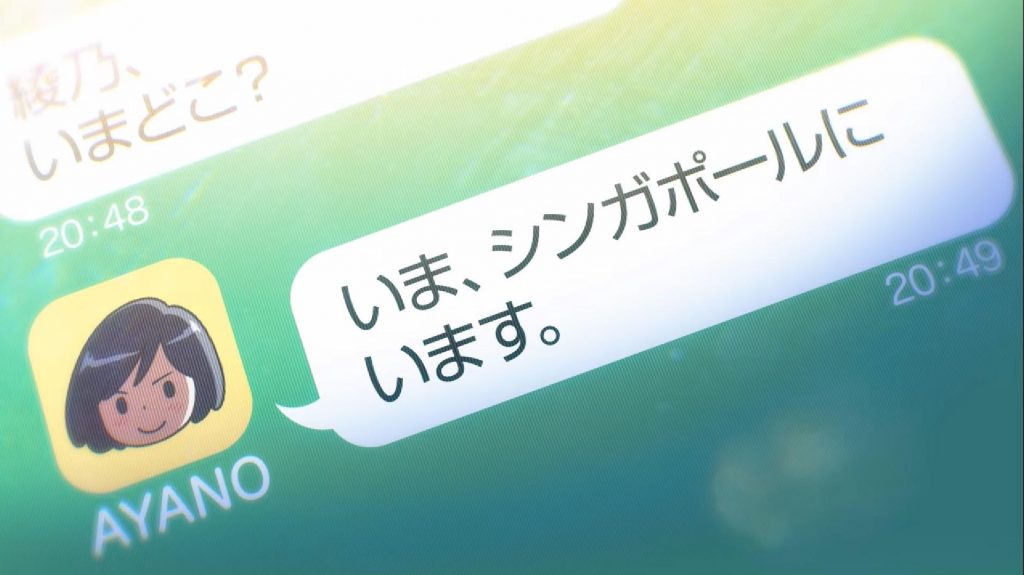 It isn’t too hard to fathom the text messaging app being used, given that Line is Japan’s most popular messaging application. 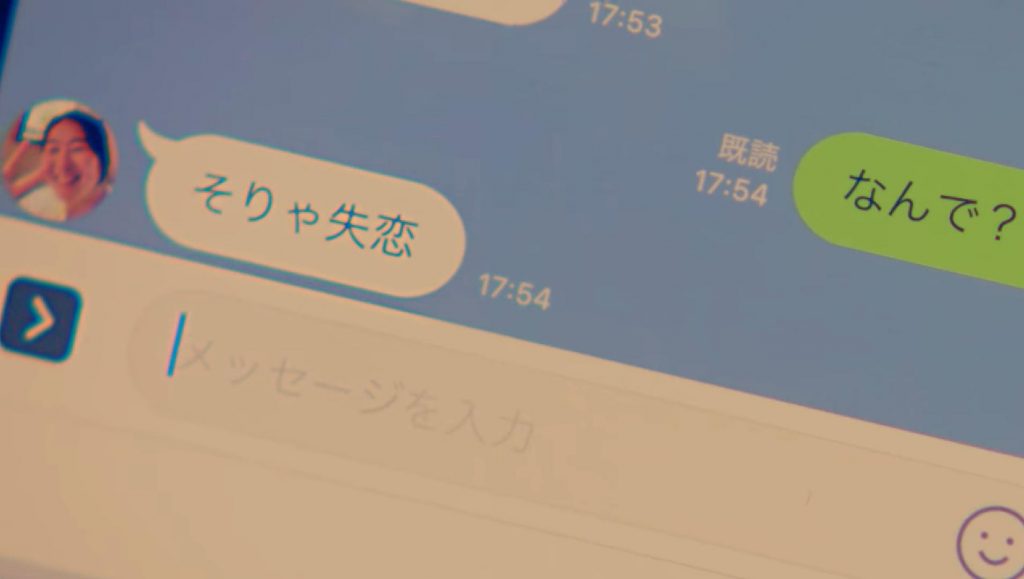 In accordance with typical anime dramatic fashion, all texting must be carried out while the main character walks in a scenic location.

And there are few shots more stunning than the CBD, as seen from ground level. Also, the ArtScience Museum cameos. 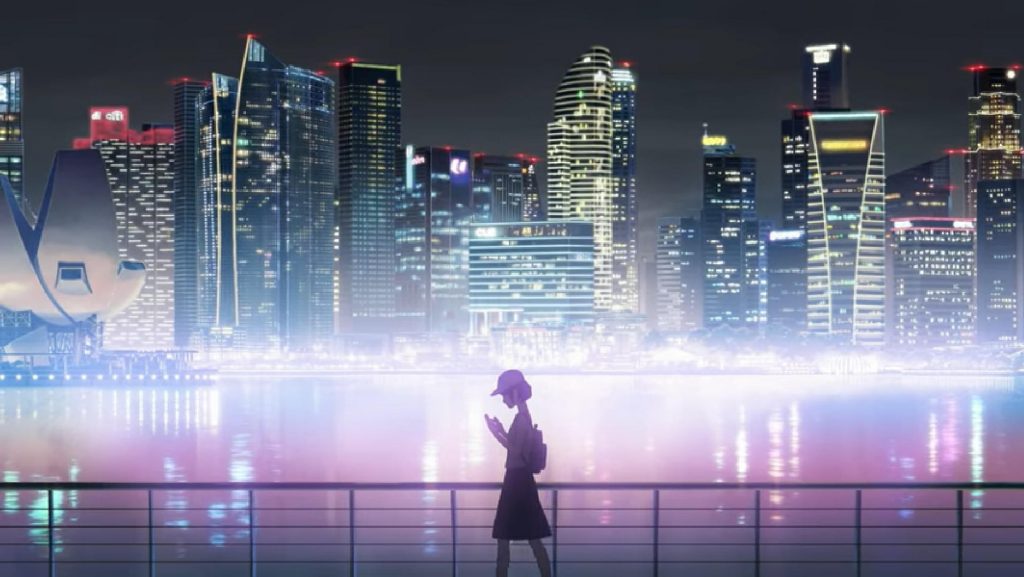 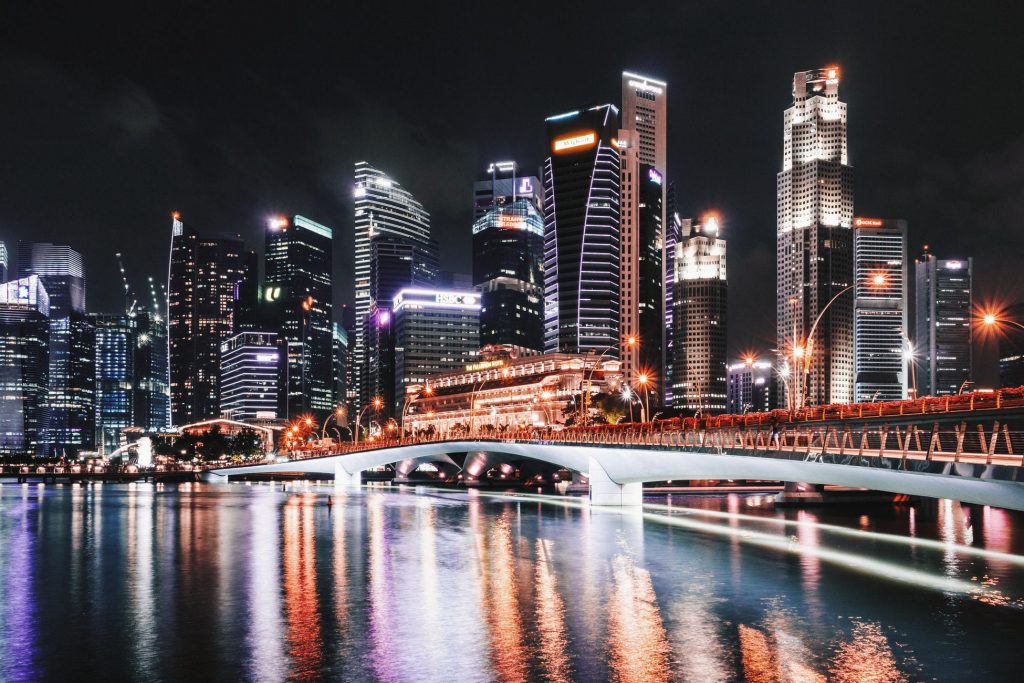 Notice the detailing given to individual buildings, such as Maybank Tower, the HSBC Building, Ocean Financial Centre, and NTUC Centre.

Ayano resolves to do her job well. This dedication is shown with a suiting-up montage that is anime through and through.

Afterwards, she is shown to be hard at work in a very familiar setting. Check out Marina Bay Sands, just hanging out in the background.

Also making a cameo is a vehicle often seen around construction sites in Singapore; the Toyota Dyna pickup truck.

Ayano starts getting comfortable in her new role, even being teased by her co-workers in the workplace cafeteria. 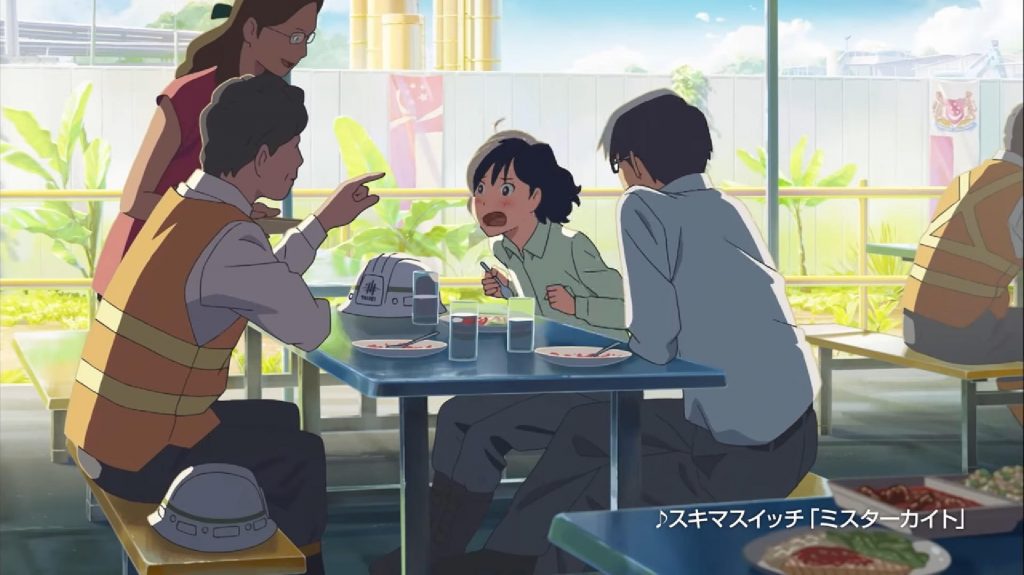 The most identifiable part of this scene has to be the draping banners in the background. They pop up, seemingly out of nowhere, all over town when National Day approaches. 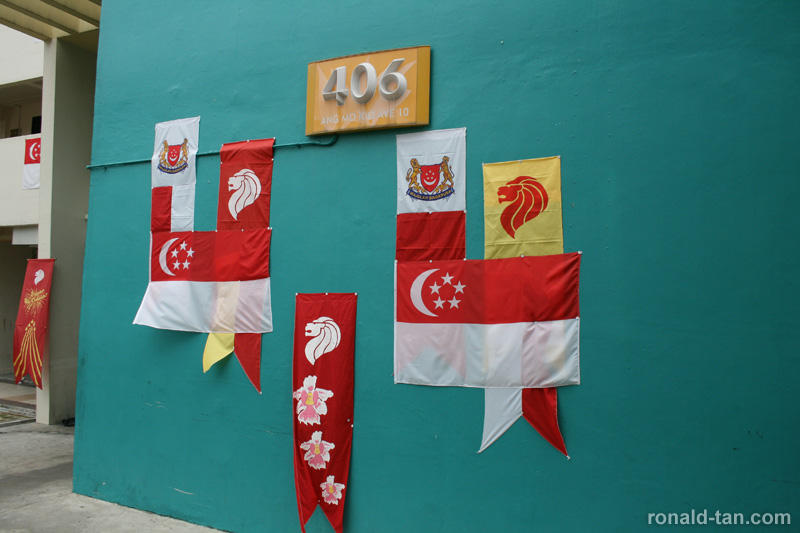 Interesting enough, the flag designs can be found on the website of FBN enterprise, a printing company. 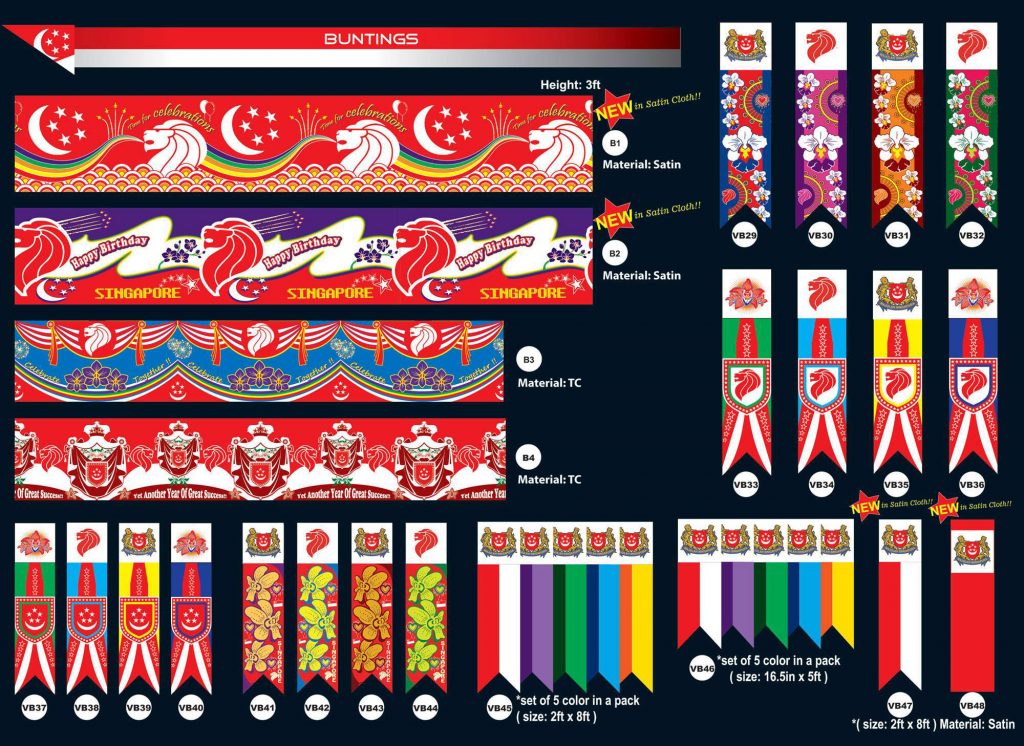 Ayano is shown to be in her element at her worksite.

She walks around, tablet in hand, in the underground tunnels which will come to be known as the TEL’s Marina Bay stop. 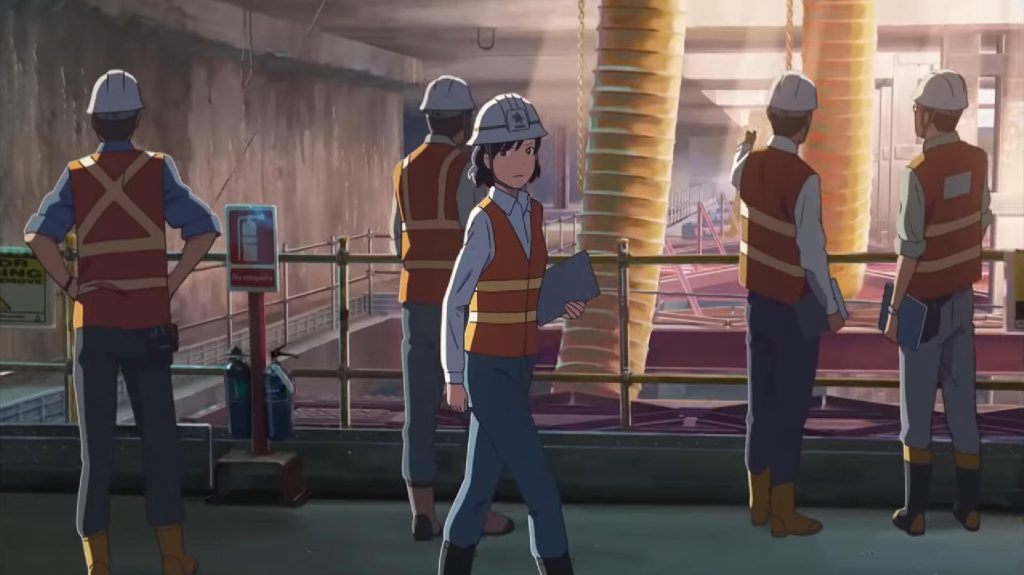 The cavernous complexes look to be inspired by the Jurong Rock Complex, which operates on an even larger scale compared to that of the animation. 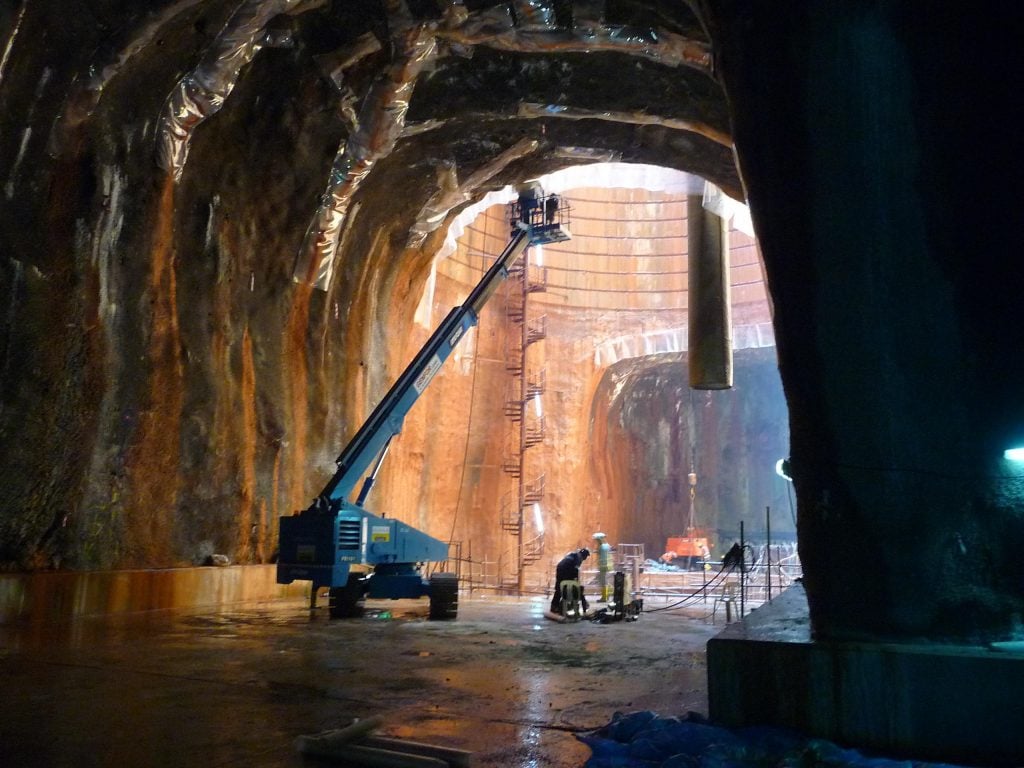 [BONUS] Latest entry in a series

Makoto Shinkai’s latest commercial is a continuation of a series of 30-second commercials that promotes the construction projects of the Taisei Corporation.

He has overseen three other commercials for:

The Marmaray tunnel in Turkey is construction on an epic scale.

Essentially a rail transportation network, everything is actually set underneath the sea.

Allowing trains to cross the Bosphorus strait, the name Marmaray comes from combining the names of the Sea of Marmara and the Turkish word for rail. 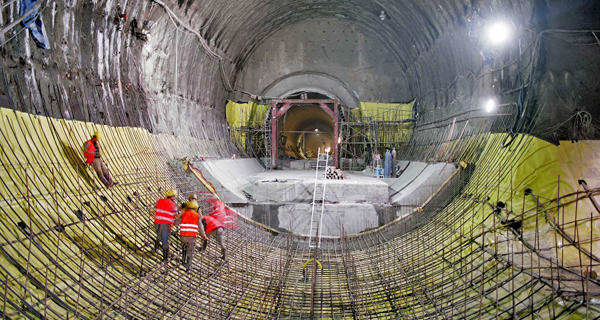 Another feather in the accomplished constructor’s cap is the distinction of building Sri Lanka’s first highway network.

To be technical, it’s the country’s first E-class highway, whatever that means.

The Colombo–Matara Expressway is 126 km long. Its first stage opened its roads to motorists in 2011.

Another notable project in Taisei Corporation’s portfolio is Terminal 2 of Noi Bai International Airport in Hanoi.

Which is also the country’s second busiest airport. 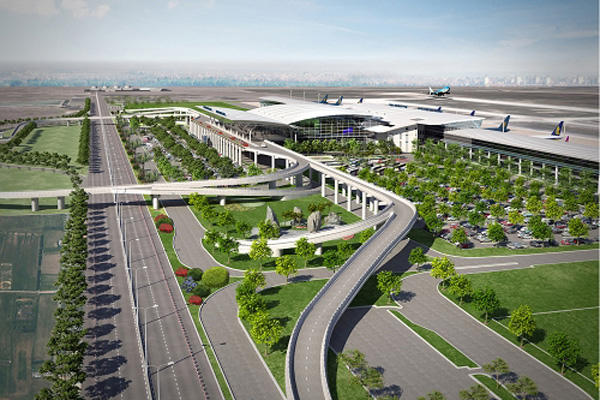 And yes, detailed anime trailers for every single one of them.

Everyone loves seeing their country represented in the media, whatever art form it appears in.

All we have to say is this: 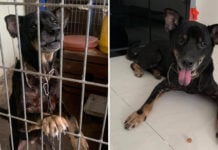 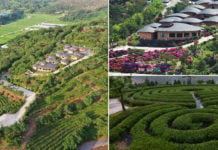