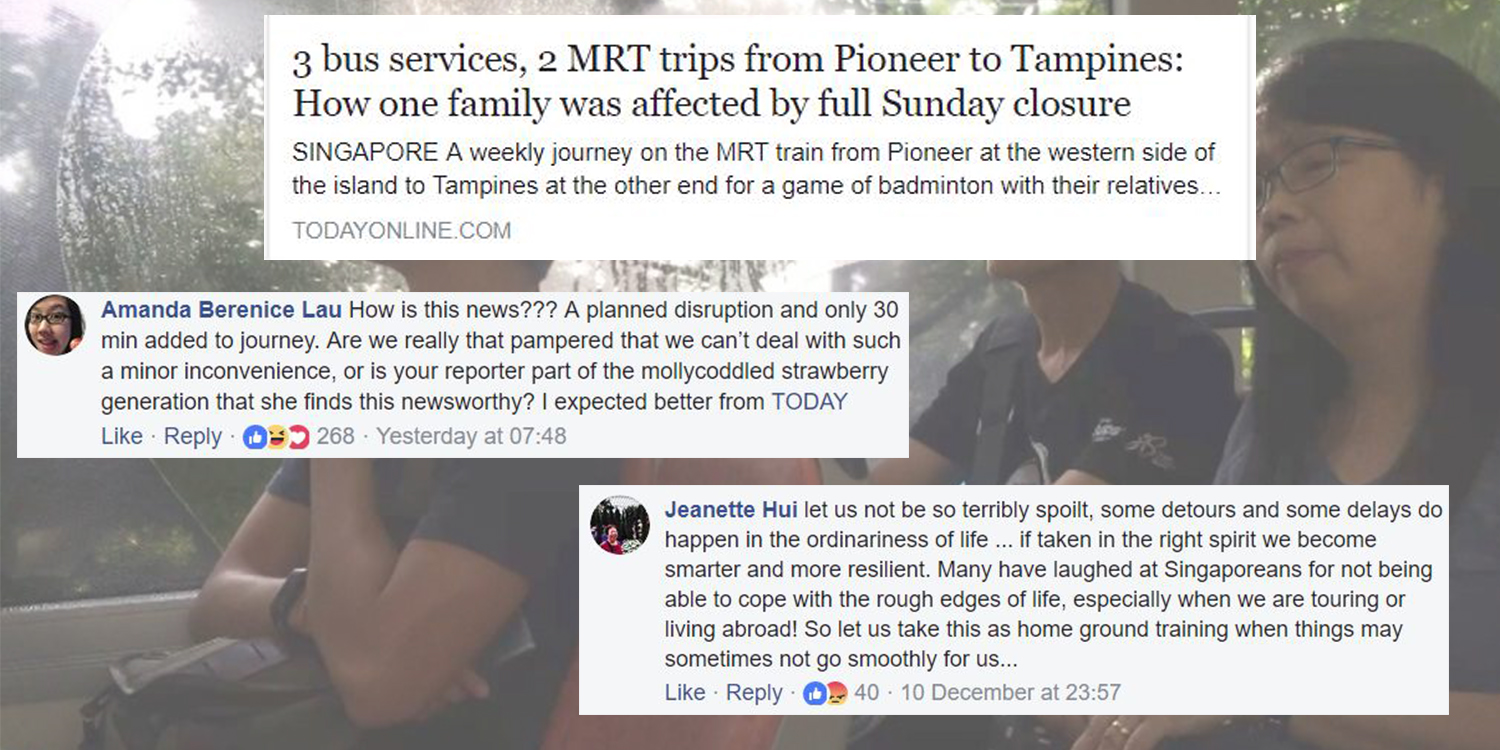 Badminton is a quintessential weekend bonding activity for the Chan family but due to the MRT closures on Sunday (10 Dec), they took an additional 30 minutes to travel to their weekly session.

This was apparently so serious that it warranted an article by mainstream media, TODAY.

Well, it proved to be the wrong move as the publication drew flak from netizens who criticized the online site for complaining about first-world problems.

Putting the bad in badminton

For almost two decades, the Chan family travel to the east to play badminton with their relatives at Tampines Safra.

However, following the closure of certain stations during the weekend, the family who lives in Jurong West had to leave their house 45 minutes earlier in order to reach their 11am badminton game on time.

The MRT station closest to their home, Pioneer, was one of 19 stations along the East-West Line (EWL) that was closed last Sunday for track maintenance and renewal.

They then took the Downtown Line to Bugis where they switched to the EWL and continued their usual route to Bedok Station to transit to Bus Service 28.

So what implications did the disruption have on the Chan family? Well, they had to wake up 45 minutes earlier so that they could reach on time.

Netizens give their take

Describing the disruption as “taxing“, TODAY made the Chan family’s journey seem like a monumental problem. This drew the ire of netizens who felt that the media site was reporting news that wasn’t important at all.

Others questioned the alternative route taken by the family and why they did not plan their journey better.

TODAY probably weren’t expecting such intense flaming when they ran this well-meaning article on a family inconvenienced by the MRT closures. But looks like they’ve finally found out that nothing riles Singaporeans up more than transport-related issues.