Tony Tan Is In Cambodia

Singapore’s President Tony Tan Keng Yam is now in Cambodia, on an official state visit that ends on Wednesday (Jan 11).

The last official state visit by a Singapore president to Cambodia was a whopping 14 years ago, when then President S R Nathan visited in 2003, so Dr Tan has lots of lost time to make up for.

What Is Cambodia To Us?

To most of us, Cambodia is just another regional retreat, perfect for a quick getaway. 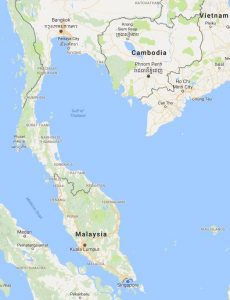 To Singapore, however, Cambodia was our “eighth-largest trading partner and third-largest investor” in 2016, Channel NewsAsia quoted Dr Tan as saying during a reception for overseas Singaporeans.

He’s right — Property Report has said that Cambodia “has become the fulcrum of attention for Singaporeans in a broad spectrum of sectors”, thanks to its relatively lax rules on foreign investments.

Given that the number of domestic helpers hailing from Cambodia is set to increase threefold this year, according to a Straits Times report, it’s clear that Singapore and Cambodia are increasingly connected not only economically, but also socially. 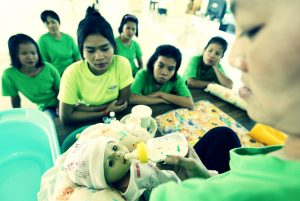 Surely then, Dr Tan’s visit to Cambodia serves as an important milestone in the cultivating of bilateral relations. Indeed, two memoranda of understanding on vocational training and healthcare have been signed so far, and further cooperation is on the horizon.

Is there more than meets the eye?

Yet, this state visit may hold greater political significance — could Singapore be seeking to smooth diplomatic ties with Cambodia, in light of their diverging stances on the South China Sea issue?

Just last year, at an Asean meeting in July 2016, Asean failed to come to a consensus on the territorial spat, where China claims most of the sea, which is also claimed in part by Asean countries the Phillippines, Vietnam, Malaysia and Brunei.

The joint statement that was to come after the regional meeting failed to materialise after Cambodia blocked any mention in the statement of an international court ruling on the South China Sea that was against Beijing.

Cambodia is China’s closest ally in Asean, thanks to the mainland becoming Cambodia’s largest development aid giver and provider of foreign investment, according to the Khmer Times.

Singapore, on the other hand, is often viewed with suspicion by the Chinese due to its perceived close relationship with the United States.

In his National Day Rally speech in 2016, Prime Minister Lee Hsien Loong said the Republic must support and strive for a “rules-based international order” and depend on words and treaties, reported Channel NewsAsia.

Singapore’s insistence on the importance of international law may thus put it at odds with Cambodia.

This was not the only time our differing stances came to light. In 2012, Asean also failed to issue a joint communique on the South China Sea issue at an Asean meeting in Phnom Penh, much to the dismay of then Minister for Foreign Affairs  K. Shanmugam, who dubbed it “regrettable” as it reflected Asean disunity.

The Philippines also blamed Cambodia for blocking any mention of the dispute, and thereby hindering the issuance of a joint communique.

As such, Dr Tan’s bilateral visit may be a chance to build bridges and mend fences with Cambodia over this issue.

Differing political stances are not the only hurdles Singapore and Cambodia have to overcome to improve diplomatic relations. Environmentally, Singapore’s large-scale importing of sand from Cambodia is a big issue, as it promotes Cambodia’s sand-dredging industry, which severely disrupts Cambodia’s coastal ecosystem, according to Global Witness. 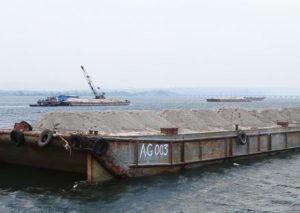 But here’s the catch: All sand imports from Cambodia are done commercially, and it is Singapore’s companies, not the government, who are directly involved.

Mother Nature Cambodia has drawn a parallel to Singapore’s haze problem — “Just like Singapore is unhappy at Indonesian forest fires, we need to tell them that Cambodia is also not happy with seeing how Singapore is directly responsible for the destruction of one of our most precious assets”, the Sydney Morning Herald quoted Spanish environmental activist Alex Gonzalez-Davidson as saying.

“Directly responsible” may seem like a stretch, but we are likewise guilty of blaming the Indonesian government for agricultural fires started by companies independent of said government.

Ultimately, with Singapore aiming to be a regional leader of environmental efforts, perhaps it is time we address the environmental problems we are causing in Cambodia, and Dr Tan’s state visit is a good place to start. 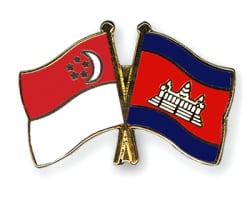 Let’s hope Dr Tan’s state visit will be a fruitful one, and he will build up good ties before he departs for Laos – another Asean country with strategic importance to China.