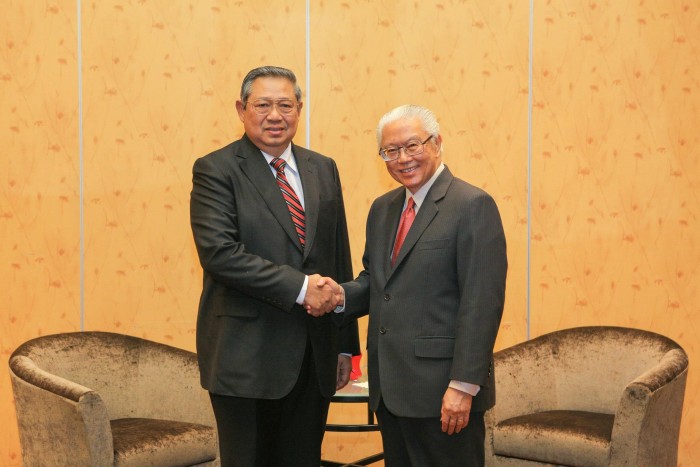 President Tony Tan shakes hands with others wherever he goes

Handshakes are the most important part of meeting new people.

Dr Tony Tan — who also happens to be the president of Singapore — is well known for his world class handshakes. They never fail to make the headlines.

Apart from that, he boasts an extremely close semblance to Kentucky Fried Chicken’s (KFC) Colonel Sanders. 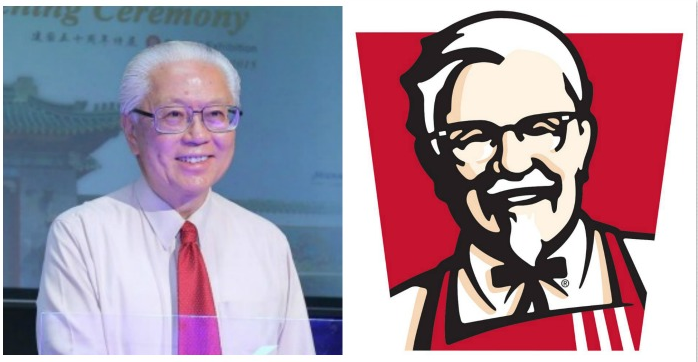 Thus, as a tribute to the art of handshakes Dr Tan has perfected over the years as Singapore’s president, we present to you the 10 greatest handshakes by the man who won the 2011 presidential elections.

1. This golden handshake with China’s President takes the cake

In the photo, Dr Tan seems to be enjoying a very intense moment with Xi Jin Ping, the leader of China.

This reminds us of the Hydra meeting from Marvel’s Avengers. We won’t be surprised if they whispered *Hail Hydra*. 2. The dead fish handshake with a fishmonger

Something’s fishy about this handshake. We can’t shake the feeling of insincerity off this one.

Just look at that get-up. Dr Tan looks like he’s trying to hide some of those extra inches he gained over the holiday feasting.

What’s with the bulge at the back? At least the handshake’s good tho.

4. The flawless handshake with Tony Abbot

To be honest, he has perfected his scale of handshaking. This one with the former Australian Prime Minister Tony Abbot, is impeccable.

We can imagine them going:

Abbot: Yo Tony what’s up mate? 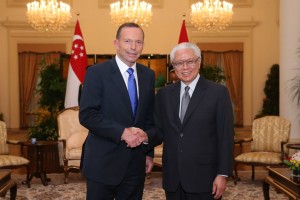 5. The mature handshake with Narendra Modi 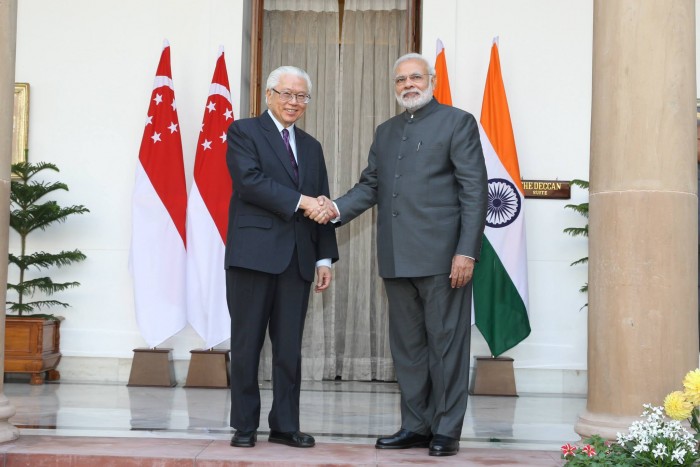 Can you feel the electricity in their gaze? 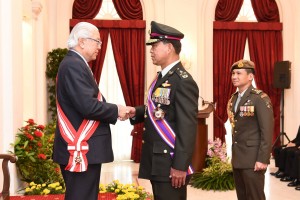 7. The fabulous handshake with his idol

It is funny how Dr Tan was stuck in a crowd but managed to move towards Mando pop star JJ Lin, during the SG50 National Day celebrations. 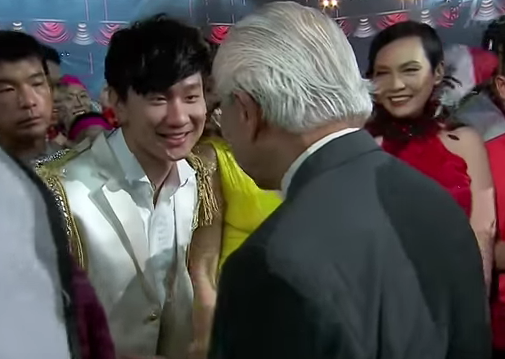 Thus far, we’ve seen the President’s handshakes spread their joy and aura to others.

However, even Superman has an off day sometimes. So too Dr Tan.

Thus, these handshakes are called the “one-sided” handshake.

We can observe Dr Tan’s face plastered with a smile, while Chinese Vice-Premier Zhang Gao Li sports a blank expression. 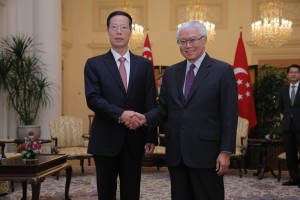 This handshake is cringingly awkward. Dr Tan however, still manages to deliver his handshake despite the table so rudely getting in the way.

It also looks like they are fighting over the scroll in their hands. 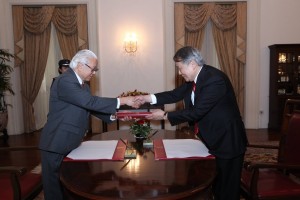 They are probably thinking — ? Why did this guy copy me? His glasses and hairstyle are also the same. 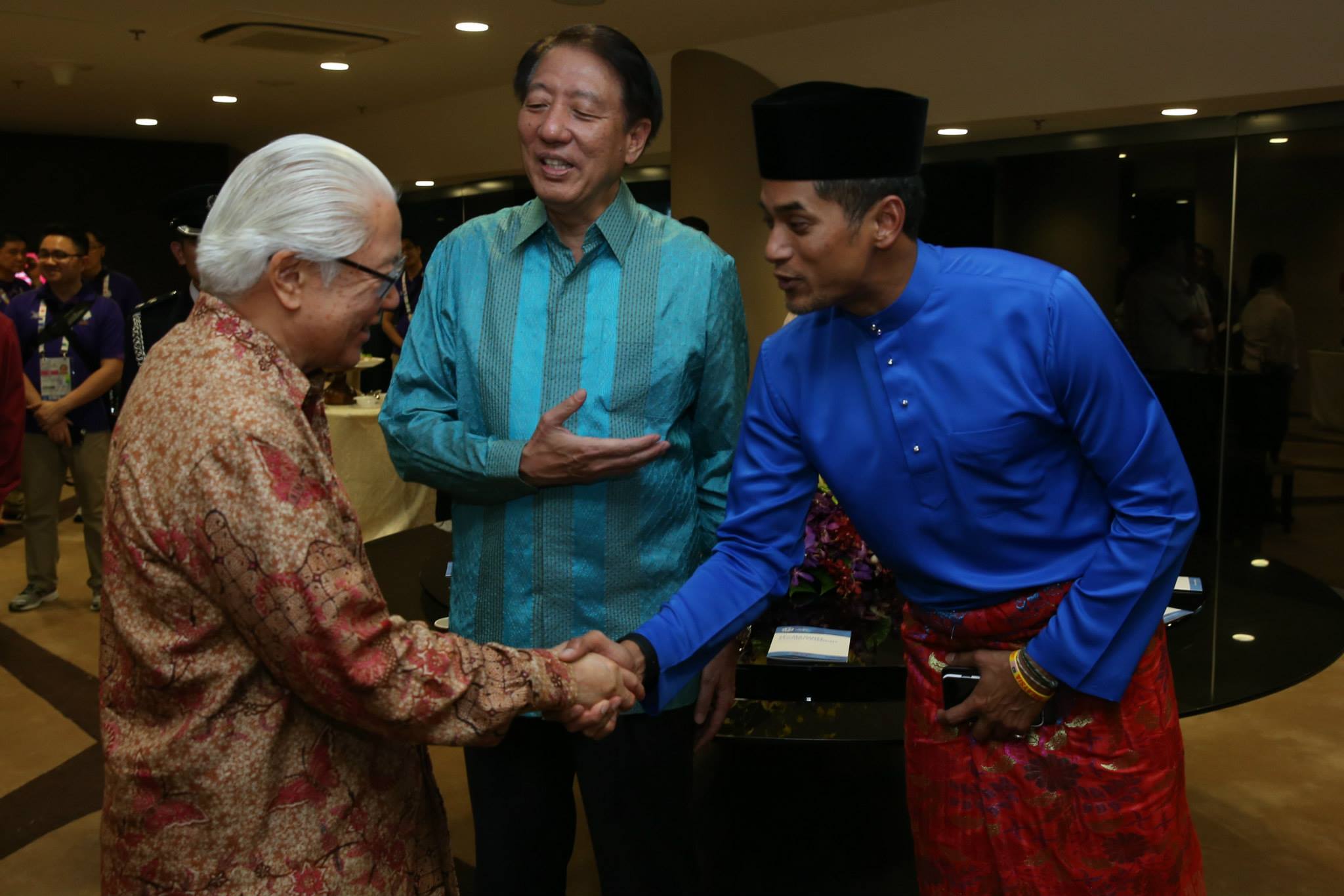 Dr Tan’s mastery of the art of handshaking shows no boundaries. He has mastered the intricacies and nuances of a good handshake and outperformed himself once again.

And once again, he doesn’t disappoint in his kungfu master-worthy batik shirt.

By the way, that guy in the turquoise shirt is Defence Minister Teo Chee Hean, who pales in comparison to the great handshaking master. Just check out him practicing those moves. 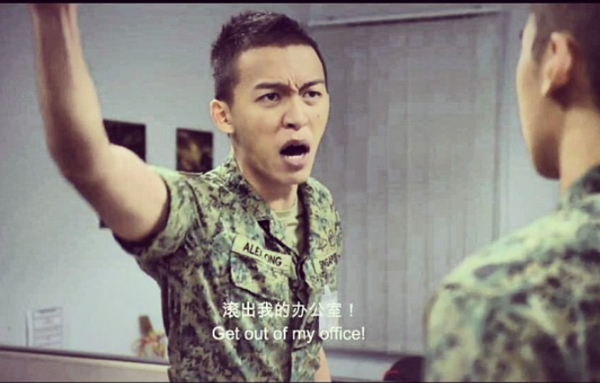 Seriously? Do you really need to shake hands with babies too now?

Perhaps one day, the art of shaking another’s hand would become a renowned skill and Dr Tan’s handshake would gain global recognition. After all, the current president has shook the hands of many world leaders.