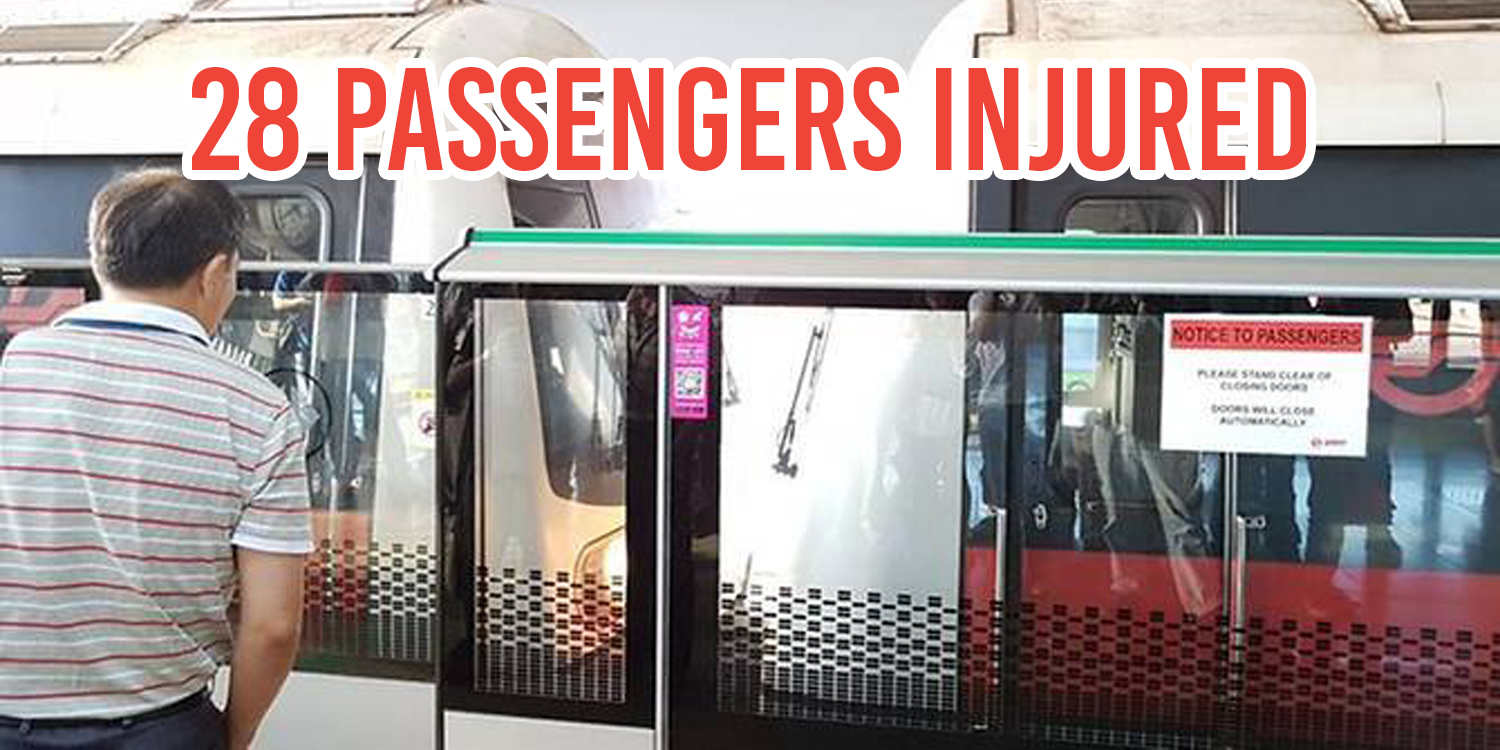 The last thing commuters expected in the morning rush hours of Wednesday (15 Nov) was a trip to the hospital.

However, that was exactly what happened when a train suddenly moved and collided with a stationary train just in front at Joo Koon MRT Station.

A total of 25 people – including two SMRT staff – were sent to the National University Hospital (NUH) and Ng Teng Fong General Hospital (NTFGH) for further treatment.

Bringing the total number of injured individuals to 28.

Amongst the 28, two were found to have sustained major injuries — falling under the P2 category which includes injuries such as limb fractures and joint dislocations.

MustShareNews understands that some of the injuries involved a fractured nose and hip.

A spokesman from NTFGH told Channel NewsAsia they received 10 patients, with the remaining eight suffering minor injuries — which falls under the P3 category involving injuries such as sprains.

The remaining 15 were sent to NUH where one declined treatment and 13 were discharged.

Unfortunately, the last victim is currently under observation.

Everyone “flew” when the train hit

One of those involved recounted to Channel NewsAsia on how the incident happened.

She mentioned that five minutes after remaining stationary at Joo Koon station, the train she was on suddenly moved and collided with another in front.

The train carriage was quite packed, and when the train hit the stationary train, everybody flew.

Noting that her knee had hit the floor after a woman fell on her.

This led to her left knee now being very “swollen and cramped”.

Earlier, Facebook user Mei Anne had complained of back pains after falling on her back following the collision.

Still no explanation on why it happened

While no official explanation has been given yet, the Land Transport Authority and SMRT released a joint update acknowledging the incident.

However, they simply referred to what’s transpired as the Joo Koon Incident, instead of using the word “collision”.

Once again, we here at MustShareNews wishes those involved a speedy recovery.

We will keep you updated as more information is released.