It’s either a curse, or something has seriously gone wrong somewhere.

On Monday (May 22) afternoon, a Trans-Cab taxi caught fire on Marymount Road, Today reported — the 2nd time in just a month that a cab from that company has erupted in flames after an accident.

Here’s a video of the aftermath:

Apparently, the fire was the result of an accident involving the taxi. The Land Transport Authority tweeted about it at 1.16pm.

Today reported that the taxi driver was injured and sent to the hospital.

It also reported that the taxi model was a Toyota Wish — the same model involved in a similar inferno on April 30. 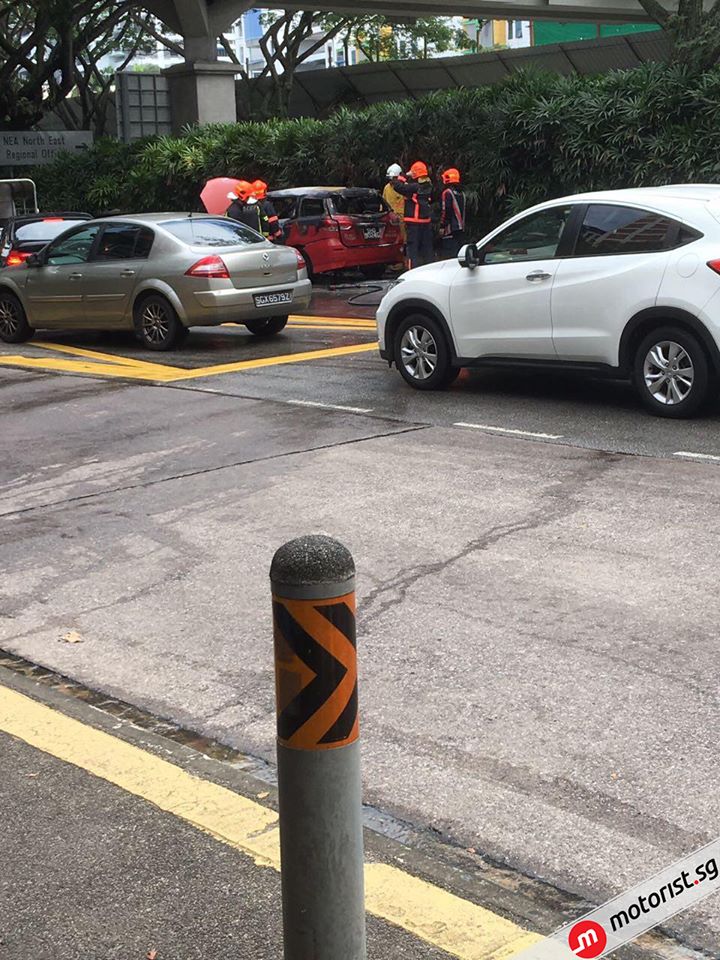 In the April 30 incident, the taxi, which had also got into an accident, caught fire and exploded, injuring 1 Singapore Civil Defence Force (SCDF) officer.

The explosion was caught in many shocking videos circulating over the Internet.

The SCDF officer suffered burns, and is on the way to recovery. He was visited at home by Minister for Law and Home Affairs K. Shanmugam earlier this month. 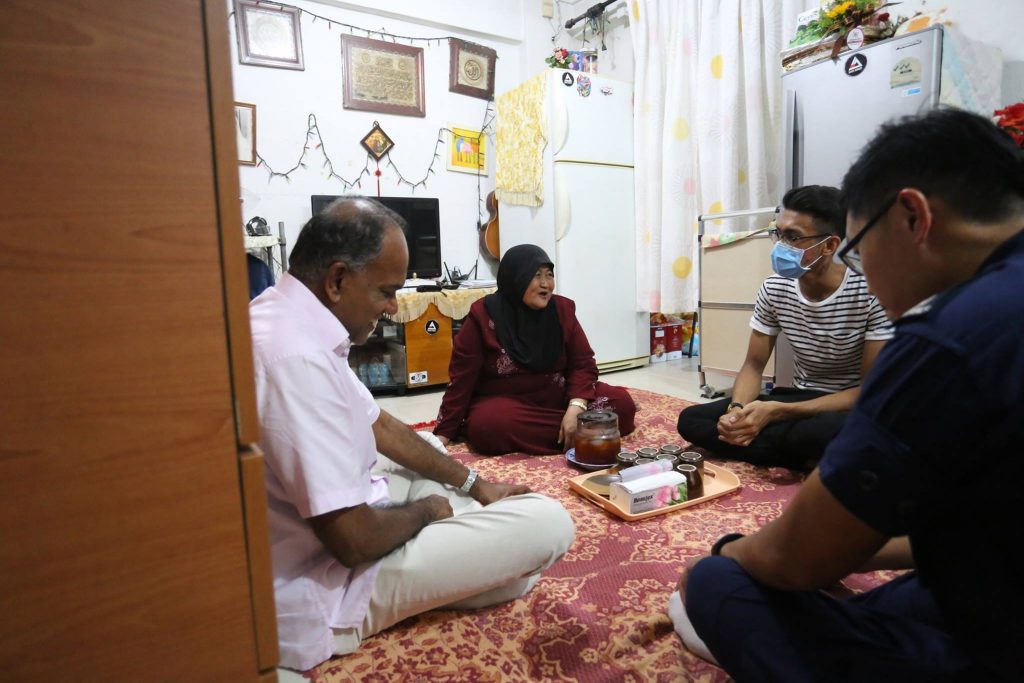 While the 2 cases this year will be fresh in the minds of the public, there have been previous cases of Trans-Cab taxis catching fire.

According to this Facebook post, a Trans-Cab Epica caught fire near AXA Tower on Shenton Way just one year ago, on May 25, 2016. 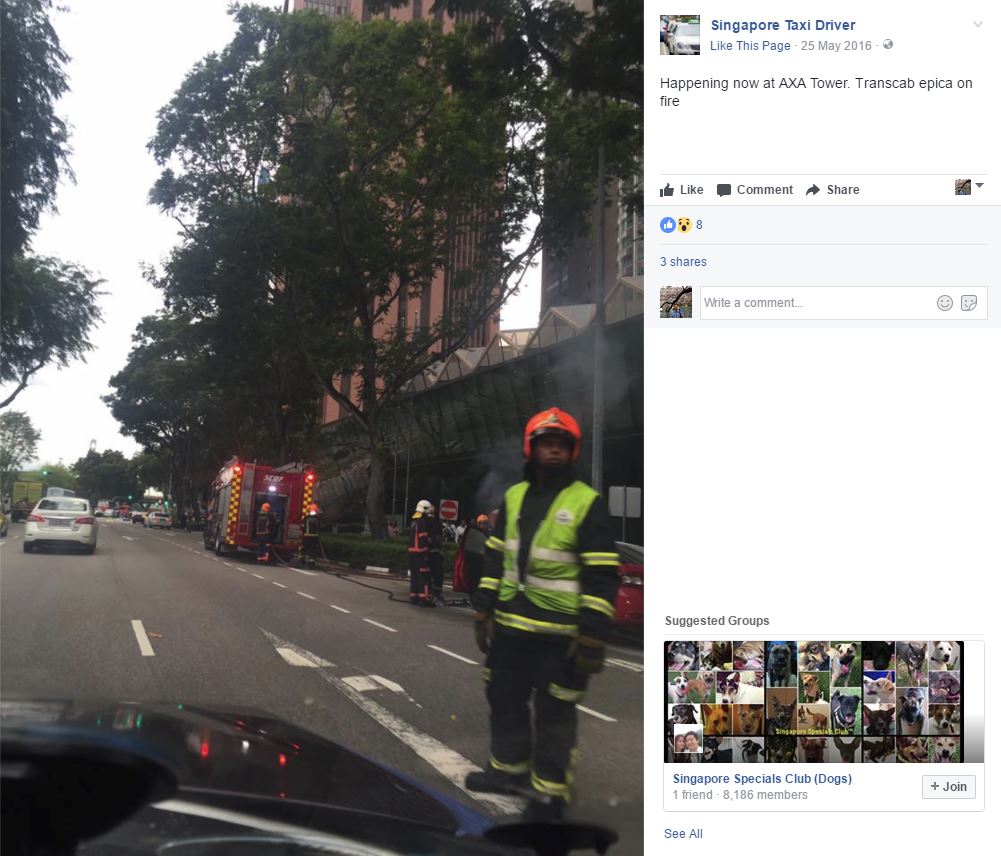 And in March 28, 2014, Channel NewsAsia posted this video of a Trans-Cab Epica on fire, reportedly at 7.30am in Loyang.

The Loyang fire prompted a netizen to question the safety of the Epica taxis:

Could the Toyota Wish be the new Epica?

Or is Trans-Cab just having bad luck with their cabs?

It’s bad enough that the company is seemingly having problems renting out its taxis, with rows of their taxis sitting idle: 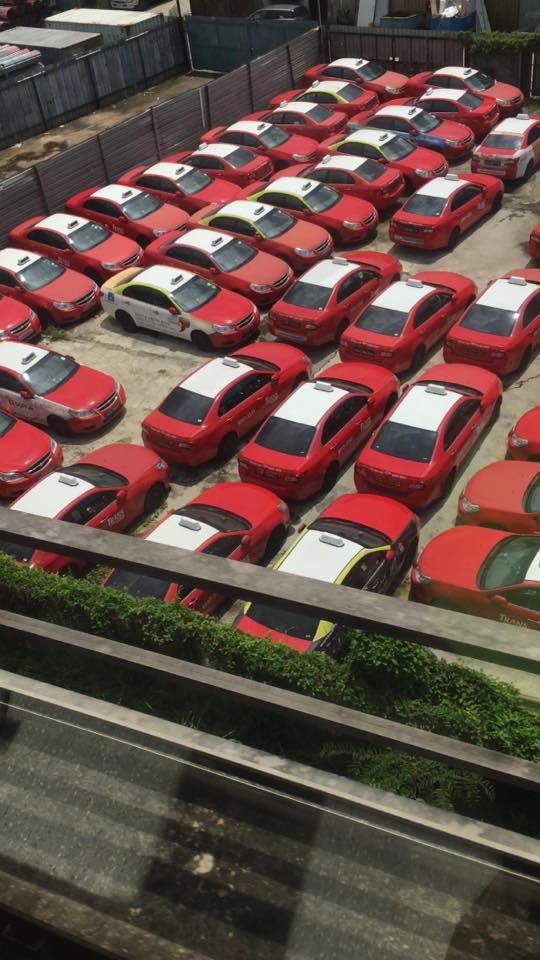 It could become worse if their taxis start catching fire after accidents.

While accidents are common on Singapore’s roads, it’s far more surprising when vehicles catch fire and even explode after an accident that isn’t of Fast & Furious proportions.

We hope it’s not the start of some disturbing trend.

And taxi drivers and taxi riders out there, be safe!