Transgender female has been granted sanctuary in the UK

Now, how many times have we seen people who want to escape national service (NS) make headlines?

This case however, is a tad different.

In the UK, a Singaporean man who has been living as a woman for ten years now is being called back for reservist, according to The Guardian.

She is unnamed for legal reasons and thankfully, she was granted sanctuary in the UK and is safe from having to return to Singapore for reservist.

If she returns to Singapore, she will only complete her reservist by 2023 and if she does not, she might be imprisoned for 15 months and fined $10,000.

Transgenders who have undergone reassignment surgery need not serve NS

According to Singapore’s law, all females including transgender females who underwent the reassignment surgery do not have to serve NS.

But in this case, the Singaporean transgender female did not undergo the surgery — which is why the Singapore government insists on her return.

As absurd as it may seem, the Singaporean government is not being ridiculous in enforcing transgenders who did not go for the surgery to serve NS. It can be seen as one of the measures the government is taking to make sure that there is no loophole in the law.

After all, the government does not want people who are not transgender to declare otherwise and avoid serving NS.

With that being said, the stringent law made to protect people who are genuine transgenders, are harming them instead.

The Singapore government has to go beyond physical body parts

It is not the first time gender issues have arose in Singapore and the existing laws we have are crippling people who belong to this community.

To ask a transgender female (who has lived as a female for 10 years) to come back for reservist for two weeks in a year is to strip her of her basic human right. Although she did not undergo a reassignment surgery, she is still a female.

Judge Jackson in the UK said,

I find that the requirement of the appellant to essentially hide her gender and live as a man, even for two weeks a year, would be wholly unreasonable.

Two weeks in a year is not a long time but it is utterly disrespectful and insensitive to ask a transgender female to hide her true gender.

What right does one have to tell another not to be themselves?

Authorities have to be more empathetic and have enough sensitivity to handle such situations.

Every case is different and the law should allow room for changes. Gender issues are not uncommon and it is about time our laws evolve to fit every situation.

On 12 Apr this year, a transgender male Zunika Ahmad has been cleared for sexually abusing a minor just because he did not have the anatomy to perform penetration.

Any person (A) who sexually penetrates, with a part of A’s body (other than A’s penis) or anything else, the vagina or anus, as the case may be, of another person (B)

This revealed a loophole in the law which made many people furious.

With a penis or not, the victim was deceived all the same and there is no excuse for Zunika to get away scot-free.

Laws have to be amended

Granted, it is not easy to prove if a person is transgender without any form of surgery done to the body. The intangibility of these gender issues lie on a very fine line, which is why laws are in place to make sure that there are no complications.

However, the laws have to change with time and tide to ensure fairness and justice for all.

The woman’s solicitors, West from the UK said:

We are pleased that the plight of this transgender woman has been resolved successfully. It means she can now enjoy living a full life without any compromise to her gender identity or her personal integrity. This is a basic right denied to her in Singapore.

Featured image via Every Singaporean Son
With reference to The Guardian, The Straits Times 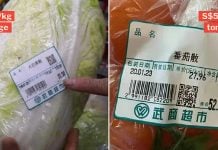