Transport Minister, Lui Tuck Yew, feels that we can learn from the Danes in cycling to places.

But this doesn’t mean that we should expect cycling to become the next MRT or replace the SBS service you hop onto in the morning. Instead, expect Denmark inspired transport policies that would make mum less worried about you cycling to school.

Our government’s take on what’s next 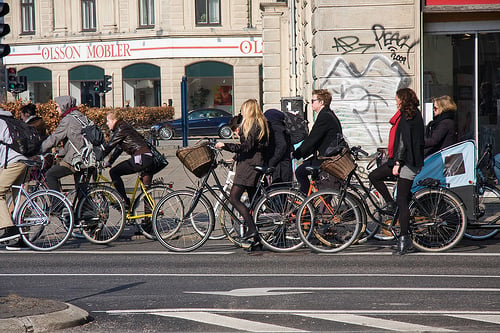 In the city of bikes (Oops. City of Copenhagen, we mean), there are more bicycles than inhabitants. 50% of all citizens commute to work and school by bicycle every day, a face that impressed Minister Lui when he visited the country last year. At a reception to celebrate Singapore-Denmark relations, he pointed out his fascination about seeing Danish people cycling “tens of kilometres to their destination even in the deepest parts of winter”.

But Mr Lui believes that the cycling culture in Denmark is inspiration, rather than a model to follow after.

“I am not suggesting that Singaporeans do that, but in terms of providing the infrastructure, in terms of the policies, in terms of making it a more friendly mode of commute in Singapore, that is something we are going to pick up further from Denmark.”

Will bicycles solve our transport woes? While most agree that taking the train is relatively quick and efficient (Caldecott to Botanics tho. LOL JK, we complain too much), more would agree on its overcrowding, steep fare hikes and frequent delays. This is according to a poll conducted by MyPaper in 2013.

And although it seems cute that cyclists are required by law to be their own traffic lights:

They could use some bicycle-specific signals in case drivers are still in the dark about the laws.

It’s clear that we lack policies that favour cycling, and that’s probably why bicycles are not quite as popular here than in Scandinavia. And not yet the solution to poor Mr Lui receiving less hate.

Establishing a culture where an average Singaporean commutes by bicycle and enjoys a complaint-free bus/train ride will take time. While that progresses, the government is focusing on the smaller details.

A transport app that shows you strategic queuing positions 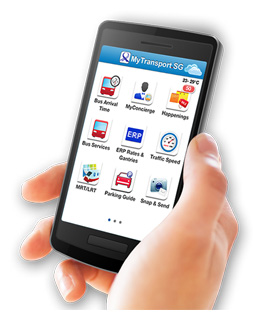 Essentially, that’s what Prime Minister Lee Hsien Loong is preparing us for.

At the Founders Forum Smart Nation reception yesterday evening, he said, “we are now installing Wi-Fi (on train platforms), so that from the Wi-Fi hotspot we can tell how many people are standing on which parts of the platform.”

That’s not all. The MyTransport.SG app now shows more accurate bus arrival timings and colour codes empty and full seats on a bus.

What this means is we can now leech on free Wi-Fi to scroll through Instagram and beat pushy aunties to finding seats. For now, this should suffice until bicycle-commuting becomes a reality.