We can always count on our politicians to bring us to new linguistic heights.

“Ponding” is simply passé now, though it still has strong name recognition by the public. The new phrase of the moment is “tree failure”.

Bet you didn’t know that such a term existed.

So all thanks to Senior Minister of State for National Development Desmond Lee, who was speaking in Parliament on Tuesday (March 7) and alerted the nation to this term. 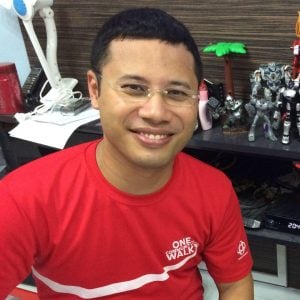 He was speaking on the number of cases of just such an occurrence in Singapore since 2001, in response to a question that referenced the horrific death of a woman on Feb 11 when a tree fell on her at the Botanic Gardens. 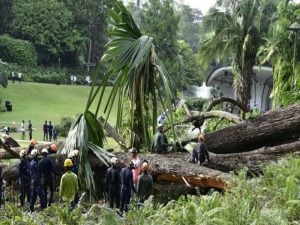 The number of tree failures in Singapore has fallen from 3,000 in 2001 to 800 in 2016, Senior Minister of State for National Development Desmond Lee said on Tuesday (March 7).

He credited the comprehensive tree management programme by of the National Parks Board (NParks) for the drop, reported Yahoo.

We think this way of phrasing is very helpful, and there are other incidents in Singapore that can be described as “failures” too. 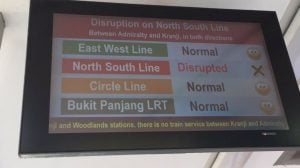 “Breakdown” or “disruption” is such a mouthful. Why not just “failure”?

After it’s a big fail for SMRT that its trains break down so often.

Speaking of train failure, it may also cause another kind of failure, one that produces unintended mirth.

Let’s call it “sign failure”, or the inability of those in charge of typing out messages for electronic boards to use proper spelling or grammar: 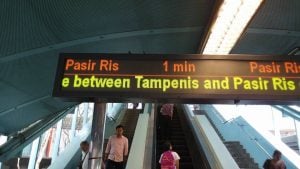 As we said earlier, “ponding” is so passé. The next time it takes place, we’ll call it “drainage failure”, as it’s primarily due to the failure of the sewage system to handle the water. 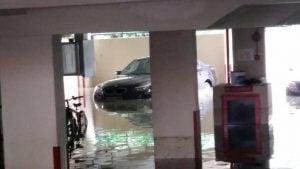 When the yearly haze blows into Singapore, we shouldn’t be calling it “haze”. It makes it sound harmless and dream-inducing. Atmospheric, even.

We should call it what it is — a failure of the air to sustain normal human function, and harming us instead. 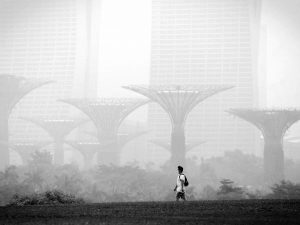 When the walls fall in on you, what do you yell down the phone at the HDB?

“Help! The tiles on my wall have dislodged and fallen into my kitchen and almost hit me/my elderly mother and it’s very dangerous and DO SOMETHING ABOUT IT?”

You could just simply yell “tile failure” and the HDB will get the message. No guarantee that they can actually do anything, though. 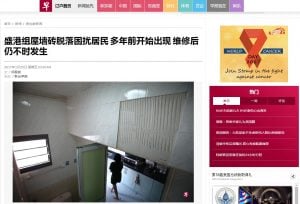 We’d like to thank Mr Lee for giving Singaporeans a whole new way to describe what happens when things just don’t work in Singapore.

Now, if only he could find a way to actually make things work, and make the word “failure” passé.

But we suspect that’s a bridge that’s simply too far even for our highly paid ministers.