Must Share News – Independent News For Singaporeans
Home People Community This Throwback Video On LKY’s Passing Reveals What You Didn’t See On... 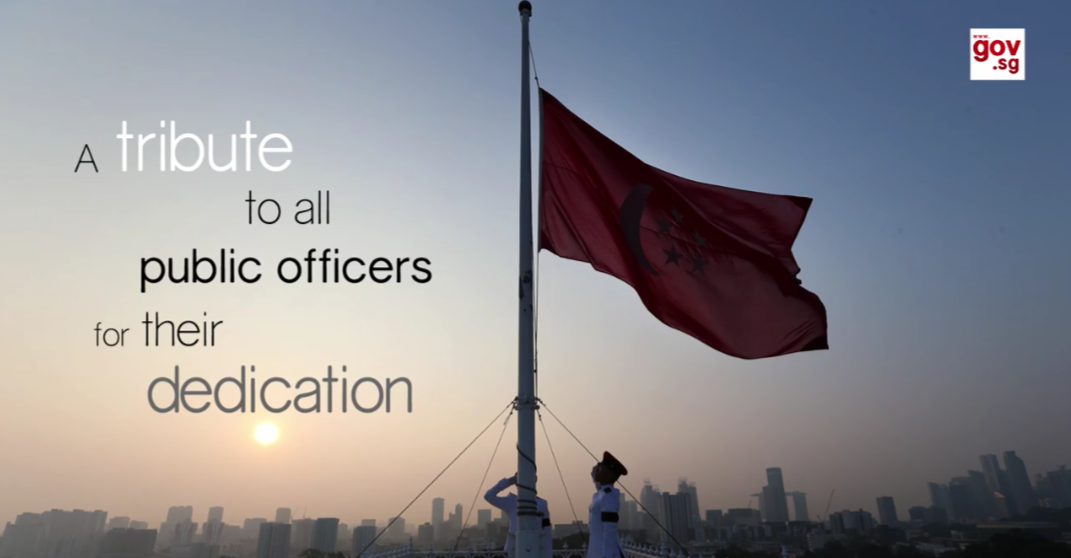 We didn’t know how zai the public officers who served during national mourning were…. until now

We also didn’t know Gov.sg had a sentimental side.

Anyway, it has been 2 mournful months since the passing of Mr. Lee Kuan Yew.

However, with the Southeast Asian (SEA) Games coming to town and the profuse spamming of all things SG50, it seems like the nation’s ready for some closure.

But you won’t be fully ready until you’ve seen Gov.sg’s ‘A Tribute To Public Officers’ (posted 4 June):

Take a behind-the-scenes look at the dedication and hard work put in by public officers during the period of National Mourning.Video By: Leong Kit MeiProduced By: Wong Shu Wan & Sarah Hadi Devaraj

Now wasn’t that the sweetest 5 minutes ever?

Best of ‘A Tribute To Public Officers’

Now you know why you didn’t go hungry, didn’t faint from the heat, didn’t catch a cold in the rain, and had your first late night train ride ever.

Because while you were sleeping, they were working.

Public servants were awaken from a night’s of sleep by phone calls heralding the bad news. 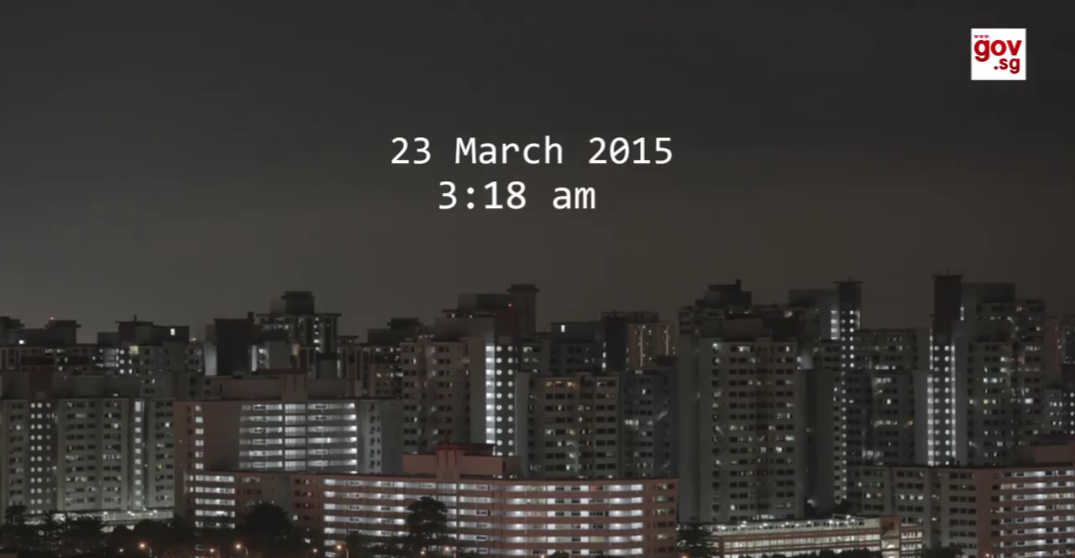 And attended a meeting held by the Special Forces Operation Command (SFOC) even before dawn. 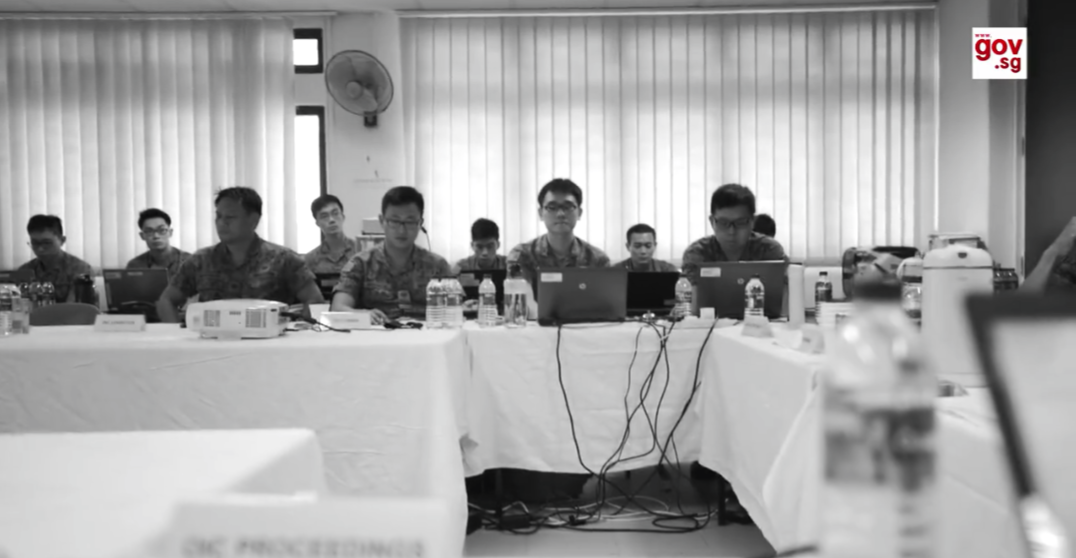 “Many agencies were involved in that message (about free train services) transmission. They (the public) don’t really care if you’re SAF, SPF, LTA or NEA. They see us as one public service.”

Here are some buff lord soldiers transporting the sheltered tents you waited comfortably in at the Padang queue: 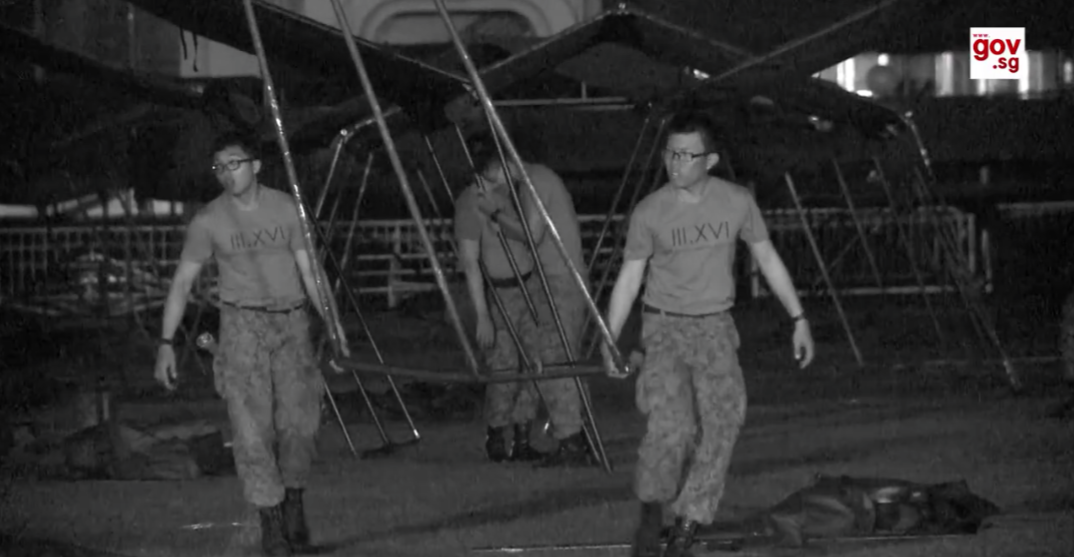 While another volunteer gives out free umbrellas to visitors without actually using one for herself: 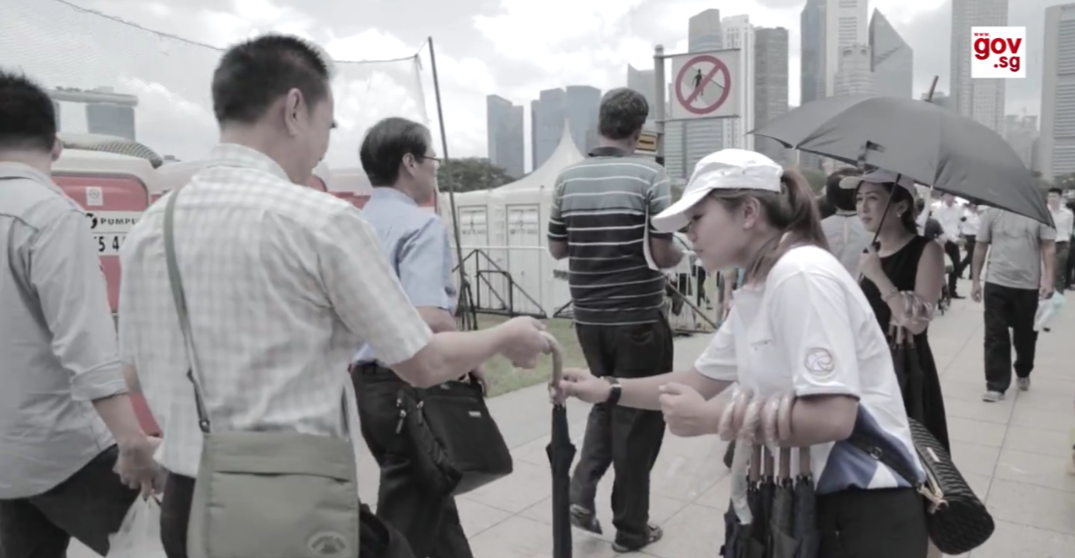 This is another soldier showing visitors the way: 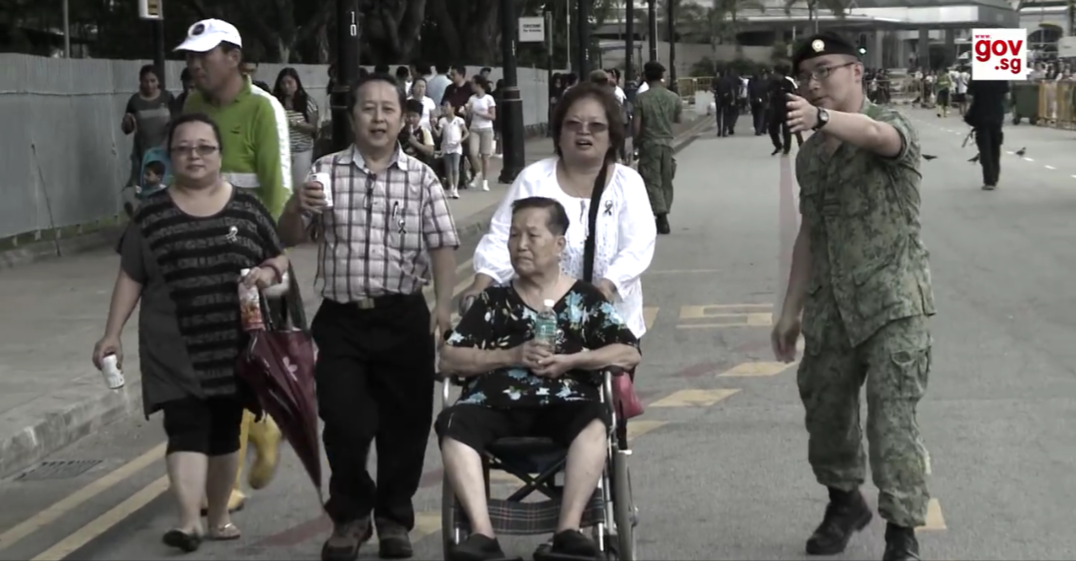 And this two-crab placing a hand of comfort on an elderly man: A cleaner picks up trash from the queuing grounds after hours: Ah, the beauty of teamwork.

To the public servants who truly embody The Singapore Spirit, Singapore thanks you: