The Real Singapore Editor Hauled Up For Sedition

News broke last night over reports that an editor of alternative news site The Real Singapore (TRS) had been called up for investigations on suspicions of sedition on 6 February.

From corroborating various sources, including a statement on TRS, the person appears to be Ai Takagi, a 22-year-old Japanese-Australian who holds Australian citizenship.

Other news sources have varying statistics regarding arrest numbers, but TRS has confirmed that Ai is cooperating with police.

The offending article is in relation to the Thaipusam scuffle on 3 February, where an account from a TRS reader claimed that a Filipino family with a young child told police to stop urumi drums from playing. Actually, no such thing happened, but pitchforks were still raised anyway. 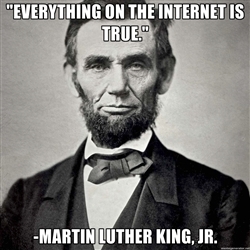 On 6 February, Ai and about 4 others were brought in for questioning, apparently including Ai’s boyfriend, Robin Yang Kai Heng.

Meanwhile, TRS clarified that only one article was being investigated. TRS still appears to be running as if nothing happened though.

Not much sympathy from netizens

Reactions to the news was varied given TRS’s reputation of being the most widely-read alternative news site in Singapore. However, little sympathy was to be found.

Of course, there were a few crazy conspiracists crying foul over the government, but most of them had apparently gone into hiding.

Several comments floating around social media were along the same lines.

There is a line to be drawn where news is concerned, and TRS crossed that line big time when they reported false information relating to foreigners.

Certainly, action had to be taken against the rampant misinformation originating from there.

Whether TRS will clean their act up and cease their pot-stirring antics remains to be seen, but the irony hasn’t been lost on netizens, who have commented on the editor not even being Singaporean.

TRS arrested under Sedition Act. One of them is actually a foreigner. Quick, TRS! Say something xenophobic about FTs! http://t.co/PrvgnHxBxk

The whole situation reminds us of this:

(That’s what happens when you stir the hornets nest guys. You get attacked.)