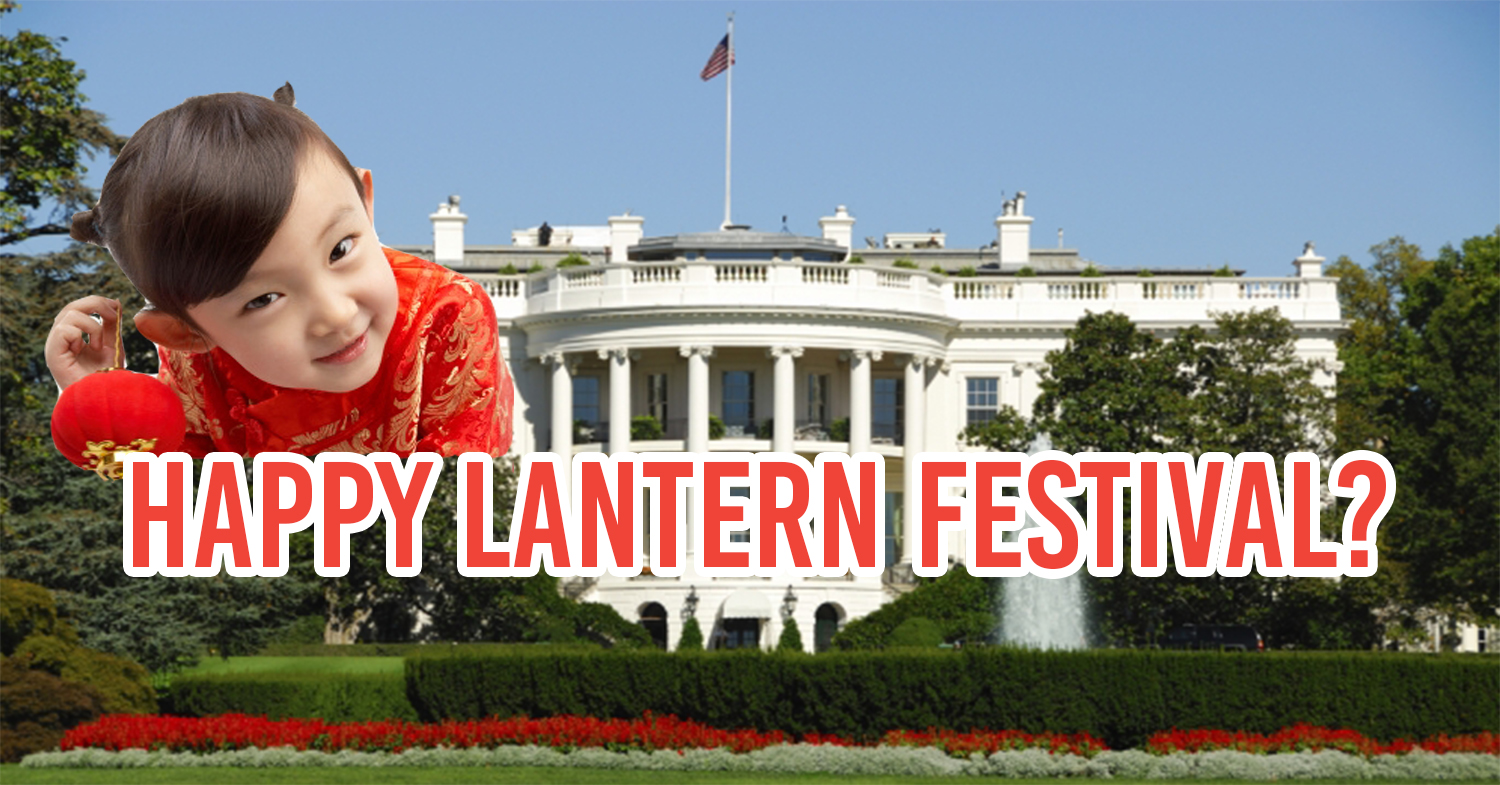 We haven’t even digested our pineapple tarts and finished spending our ang pow money yet, but apparently the United States White House thinks we should be celebrating the Lantern Festival already.

Chinese New Year celebrations are pretty much over and our daily work routines have come back to bite us — that’s why it’s such a surprise that US President Donald Trump sent a letter to China’s President Xi Jinping yesterday, wishing the Chinese people a “happy Lantern Festival”, according to a statement from his press secretary:

If you’re scratching your head in confusion, you’re not alone.

We thought that after China’s Global Times slammed Mr Trump for his failure to send CNY greetings to the Chinese community, unlike his predecessors, he’d actually do it right when he finally came round to it.

Why are we not surprised though? Besides being prone to typographical errors, the Trump administration has also proven to be the least diverse in awhile, with white men dominating his Cabinet picks.

Would they know about the difference between the Lantern Festival and Chinese New Year?

But surely Mr Trump meant for the greeting to encompass the whole Chinese New Year and not just the 15th day?

For Mr Trump’s granddaughter, however, it’s a different story.

His daughter Ivanka Trump hired a Chinese nanny, and her daughter is pretty good at CNY greetings.

Judge from these videos of 5-year-old Arabella Kushner attempting a CNY greeting and singing a CNY song:

Ivanka also made headlines by visiting the Chinese Embassy in Washington for a Chinese New Year celebration on Feb 2.

Couldn’t Mr Trump have just asked his daughter and granddaughter for some advice?

I guess we can’t always expect too much out of somebody, even the POTUS.

Or maybe, just maybe, Mr Trump was trying to redeem himself by wishing us a Happy Lantern Festival 7 months in advance.

Well, now we know that for all the things Mr Trump doesn’t value, for example the Trans-Pacific Partnership, he sure does value punctuality, at least.