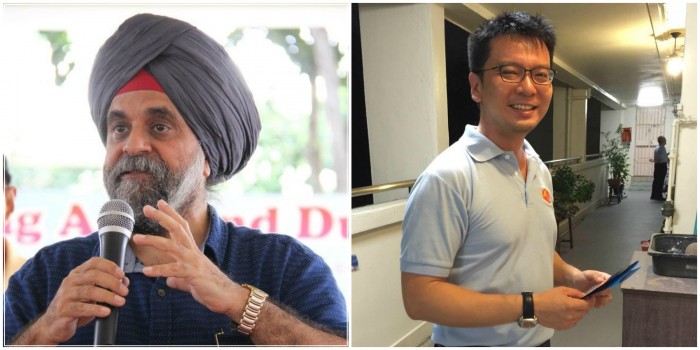 Inderjit Singh, formerly a Member of Parliament (MP) for the People’s Action Party (PAP) would like a drastic change for the Parliament.

In an opinion piece that appeared in The Straits Times dated 1 Dec, the man who represented Ang Mo Kio Group Representation Constituency (GRC) until 2015 suggests that Singapore follow the system in Britain, and convert our current unicameral parliament to a bicameral one.

Together with Charles Phua, a young graduate from Lee Kuan Yew School of Public Policy, Mr Singh suggests that Singapore’s society and needs are evolving, thus invoking a need for both diversity and constituency service in political office.

Each country needs to grow its own political institutions, sensitive to its context and conditions. Here, a good political system must efficiently aggregate people’s voices and effectively foster robust debates to strengthen policies for the benefit of Singapore and Singaporeans.

However, Worker Party’s (WP) Daniel Goh, a sociology Professor from the National University of Singapore, stated his preference for the original unicameral system.

According to Daniel Goh, there would be “inevitable consequences of inviting more politicking leading to gridlock down the road.”

1. The parliament would be split into two houses

There would be a upper house and a lower house.

The upper house would practice advisory powers, having the ability to initiate bills, veto, and check the lower house bills. The bill must pass both houses in order to achieve constitutional amendment.

2. The Upper House would be chosen based on appointment and elections, while the lower is chosen solely based on elections

No real trend in bi/unicameralism

Currently, countries that possess a bicameral parliament include, India, Australia, Germany, the United States, and the United Kingdom.

Countries with a unicameral legislature include, Israel, Sweden, Finland, Denmark, Greece, and Hungary.

So really, there’s no actual trend in why certain countries prefer a bicameral system while other countries opt otherwise.

We will have to ask ourselves: Do we actually need a bicameral parliament? Will it work for Singapore?