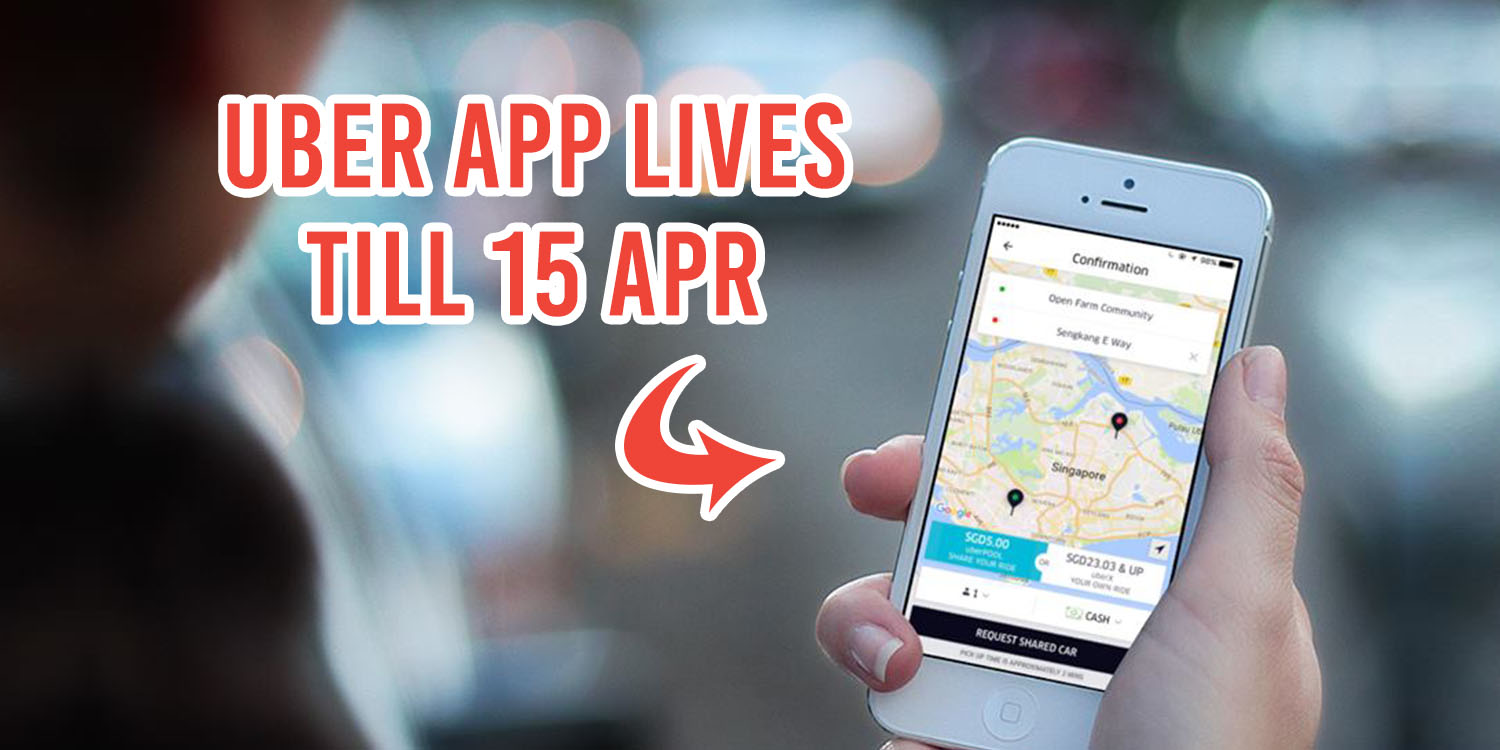 Behind every successful union, there’s a ton of preparation that goes on behind-the-scenes.

Of course, the eventful marriage between two of Singapore’s largest ride-hailing operations, has seen its fair share of unexpected hiccups.

Here’s yet another surprise twist to the extremely eventful Uber-Grab union.

Apparently, they forgot to inform the most important entity about their impending merger — the Competition and Consumer Commission of Singapore (CCCS).

As a result, CCCS has announced in a media release that the Uber application will stay online until Sunday (Apr 15), instead of the intended Sunday (8 Apr).

Looks like we’re in for a wilder Ryde than we thought.

After surprising Singapore with news of the sale of Uber’s SEA operations to Grab on Monday (26 Mar), Uber and Grab seemed intent on carrying out their deal, much to the dismay of their employees.

CCCS was thrown for a loop, having not been informed on the merger.

Only then did Uber & Grab submit their “written representation” officially to CCCS on Wednesday (4 Apr).

Uber initially intended to cease operations in SEA by this Sunday (8 Apr), moving all of its services to Grab’s platform.

Confused? Basically if Uber were the bride and Grab were the groom, think of CCCS as the Registry of Marriage.

Like all couples in Singapore, they can’t get married, if they don’t have official approval from the government.

They’ll also be conducting an official investigation into Grab and Uber’s deal, to see if it contravenes any of Singapore’s competition laws.

A matter of consequence

CCCS has also stated that it has “reasonable grounds” to suspect that Grab-Uber, will lead to a “substantial lessening of competition” for Singapore’s private-hire car industry.

For the uninitiated, CCCS is the competition watchdog body in Singapore who guards against collusion between companies.

Then our Uber rides how ah?

As for the rest of us Uber-users, we guess that’s good news for now. As we’ll have one more week to use Uber till we may have to say goodbye — or not.

This all depends on the results of CCCS’ investigation.

Alternatively, we could consider hitching a ride with this other side bae instead while we wait for this messy union to play out.