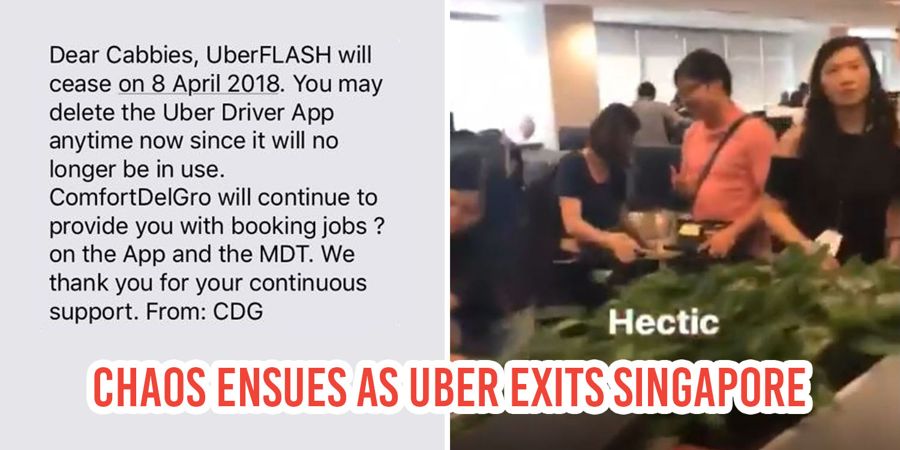 Every rider’s worst nightmare will be coming true by 8 Apr — Uber will cease to exist in Singapore.

Before you freak out completely, the company has been acquired by Grab. 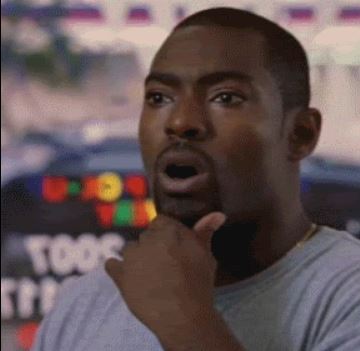 So even though Uber will no longer work in Southeast Asia, their services will be integrated onto the Grab platform.

There’s been plenty of mayhem surrounding the two companies ever since the news of the merger was released on 26 March.

As helpful as always, we’ve put together the most dramatic things that have happened regarding the merger:

1. Uber employees allegedly given 2 hours to clear out their office

If you thought being unable to use Uber was bad, it looks like Uber employees had it way worse.

According to a tweet by an employee, staff were given two hours to evacuate the building as their fate remained unknown.

Unfortunately, his tweet is no longer visible to the public, but this is what it said:

There’s even an accompanying video playing out the mayhem at the Uber office on Monday morning.

However, Grab has already squashed these claims. Instead, they claim that all 500 Uber employees will be absorbed, but are simply put on paid leave for the time being.

The only reason Grab hadn’t reached out to them yet was because they did not have the emails of the Uber employees to contact them.

Sometime around May, UberEats will be combining operations with Grab to launch a new food delivery platform, GrabFood.

We have to admit, when we heard this one we got kinda worried that some of our favourite eateries won’t be on GrabFood.

Our fears have slightly been alleviated thanks to a Frequently Asked Questions (FAQ) on Grab’s website. 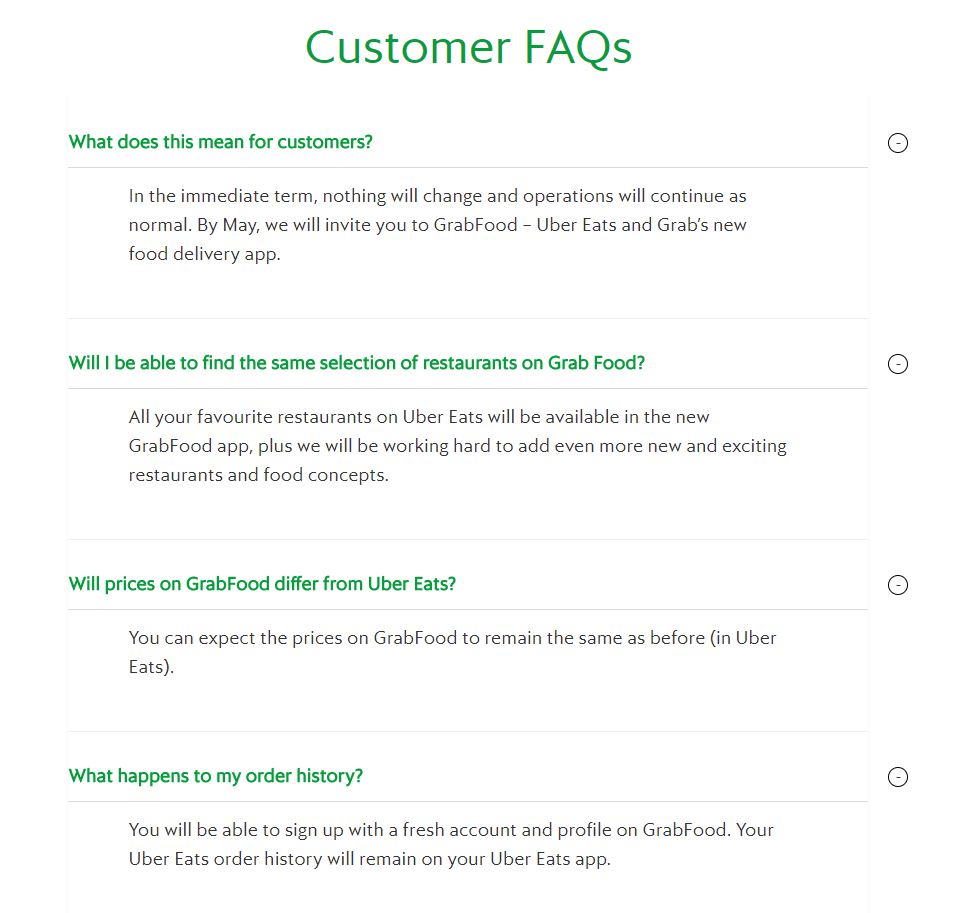 Grab claims that they’ll offer the same eateries on GrabFood as those on UberEats.

But Grab words any potential changes very loosely– “in the immediate term” could mean that things could change in the future.

If you were wondering if prices will be increasing, they won’t be. For now, at least.

We can only hope that they don’t.

Lion City Rentals (LCR), a car rental company fully owned by Uber, is now facing confusion as it was not acquired by Grab.

As their contracts stipulated that drivers are only allowed to use Uber, drivers with LCR are unable to sign up with Grab.

To make matters worse, LCR’s post on Facebook announced that the company is now closed until further notice. 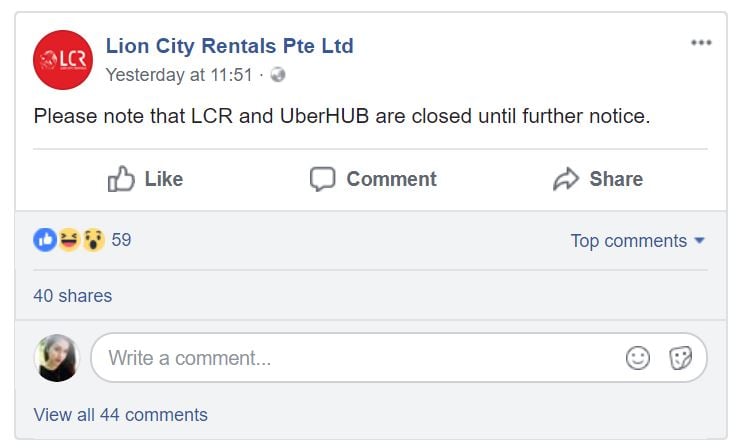 No explanation was provided, which makes this transition especially hard for drivers with LCR.

Even so, Channel NewsAsia reports that many of these drivers would not be able to switch to Grab anyways, due to previously being blacklisted.

Until Uber or LCR clear the air, the situation remains to be seen.

4. Authorities were not notified about merger

Typically, when companies merge, the Competition Commission of Singapore (CCS) should be notified.

This measure helps the CCS ensure that the market is not dominated in a manner that lessens competition or the quality of service provided to consumers. However, it looks like Grab and Uber didn’t even take the appropriate steps to notify authorities, including CCS and the Land Transport Authority (LTA).

CCS told The Business Times that they had not received a notification from either Grab or Uber, and is trying to “clarify the details”. CCS also has the power to undo or modify the merger, should competition be determined to be substantially lessened.

Speaking to Today, Assistant Professor Yang Nan from National University of Singapore noted that the companies seem assured at the success of the merger, considering the wording Grab used in emails sent to customers:

The emails don’t even have the term ‘subject to regulatory approval’. This shows how confident they are.

Of course, Grab and Uber’s confidence in the merger could be seen positively– that necessary measures will be taken to ensure that the merger doesn’t reduce competition.

5. Price of Grab rides may increase, and number of promo codes may decrease

A reduction in competition could mean bad news for riders.

If Grab successfully dominates the market, they’ll have the ability to price fares however they like.

And if there’s only one ride-hailing firm, riders won’t have a choice but to pay whatever price Grab decides is fare to charge.

Considering that Grab no longer has Uber to compete with, the need for promo codes disappears too. 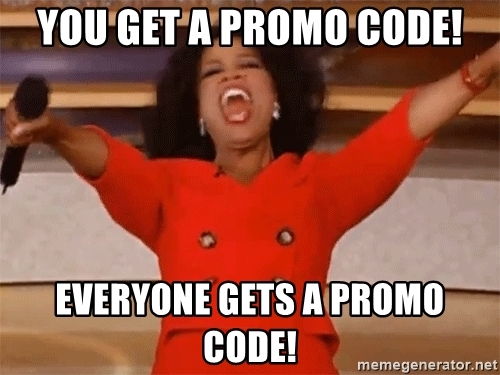 Well, it looks like Grab’s not going to need promo codes anymore because if a rider needs a taxi, they are no longer spoilt with choice.

We really, really hope that promo codes won’t become a thing of the past because the MustShareNews team just doesn’t know how to survive without them.

Protip: Uber is offering $5 off 10 rides right now with the code SGMRC4B so now’s your chance to say one final farewell to Uber.

Back in January, Uber partnered with ComfortDelGro (CDG) to bring customers UberFlash, which matched riders to CDG taxis, with lower waiting times and cheaper fares. 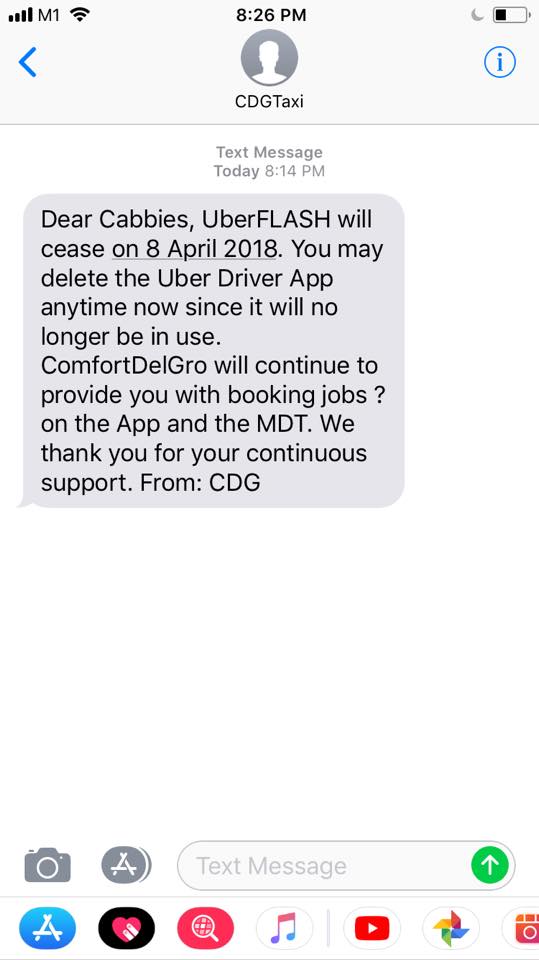 In an abrupt text message, CDG told their drivers to delete the Uber app as it would no longer be in use.

Around 23,000 CDG drivers are affected by this move.

Based on a FAQ posted by Grab, all drivers from Uber and taxi operators are welcome to join Grab.

But then again, the fact that drivers no longer have a choice to join other firms is tough, considering they may have had their own reasons for not joining Grab in the first place.

The future of Grab is unclear

Only time will tell the direction Grab is headed in.

At the end of the day, the CSS and LTA are monitoring the situation. The merger can be undone or modified if the CSS deems that competition in the market is decreased too greatly.

The MustShareNews team hopes that Grab is able to put the chaos to rest so that employees with Uber don’t lose out on their livelihoods.

Gone are the days of inputting your destination into both apps and booking the ride with cheaper fare. Sigh.

We also hope codes are here to stay, our fingers stay crossed.