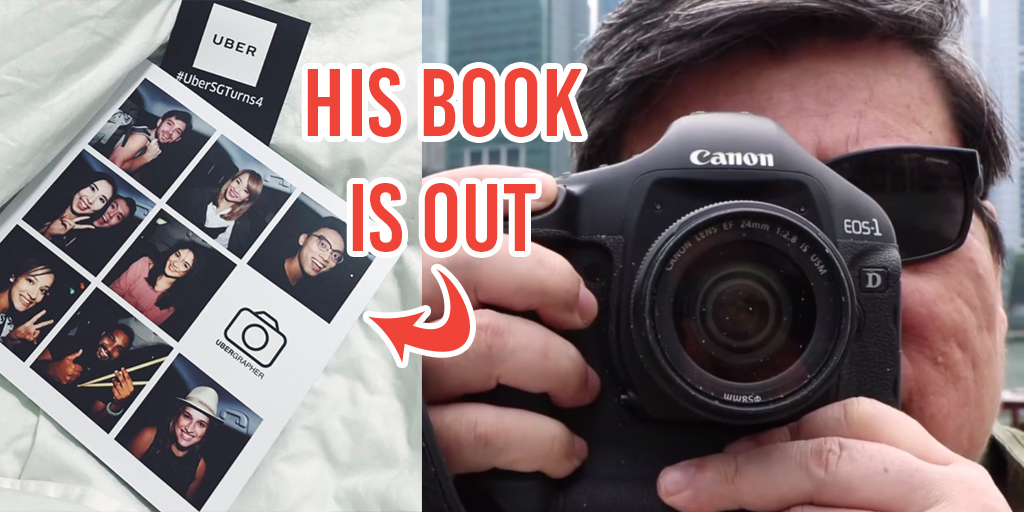 While everyone was watching the parade on National Day and fixated on President Tony Tan Keng Yam, Olympian Joseph Schooling, and a certain itchy-fingered boy, another Singaporean was doing us proud by being featured on a popular vlog — Singapore’s very own “Ubergrapher” Maverick Tsao. 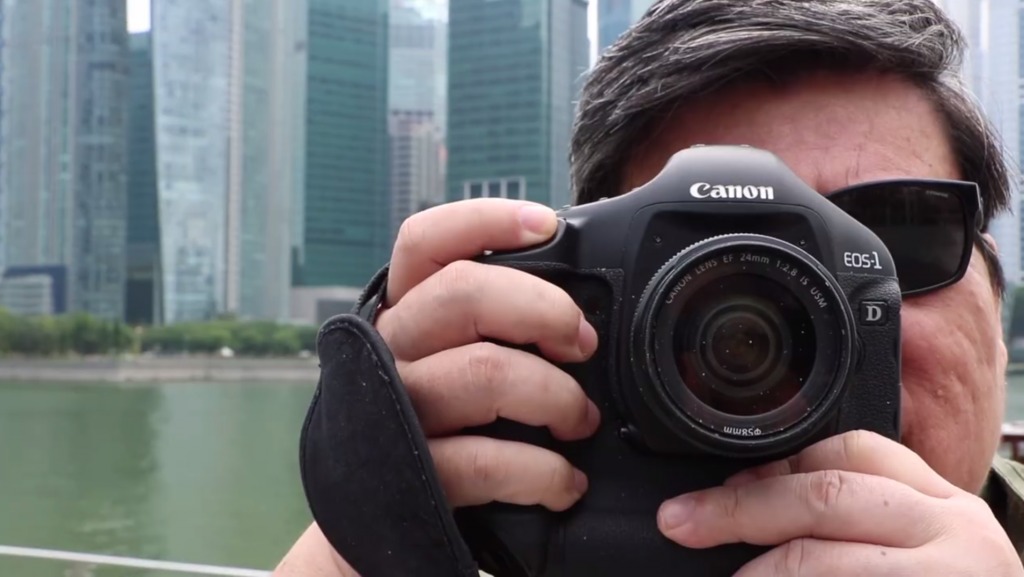 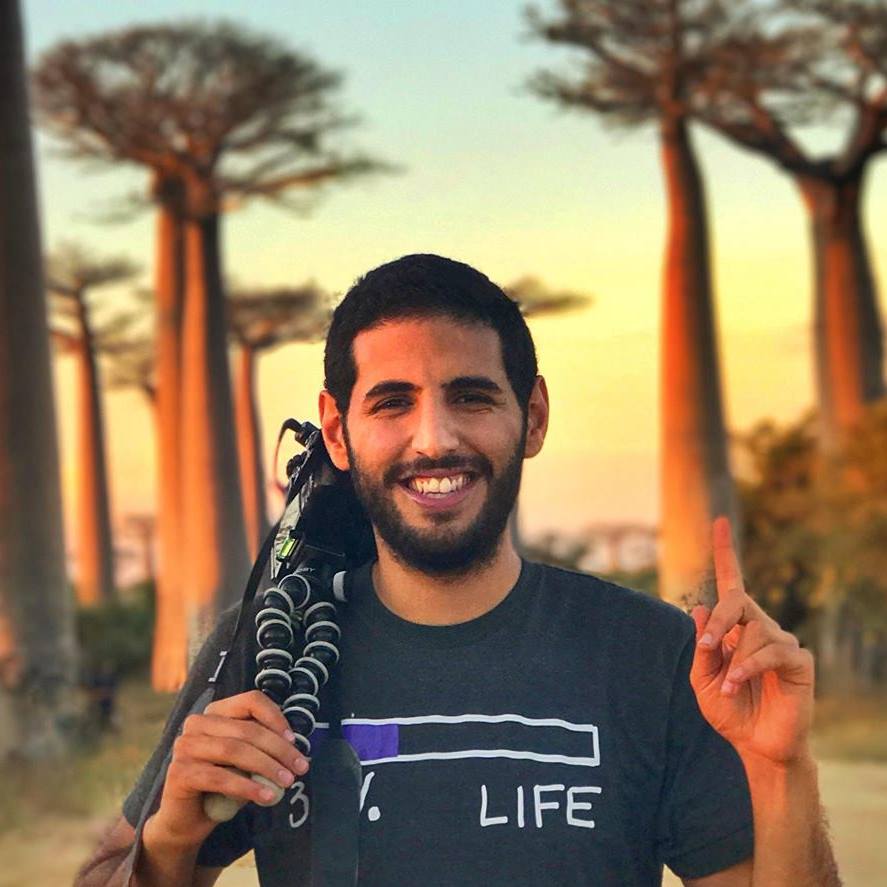 Better known to his 1.8 million followers as Nas, the Harvard graduate creates 1-minute videos highlighting the people he meets all around the world.

Check out the video he did on Maverick below:

In Nas’ own words, Mr Tsao is doing the Singaporean equivalent of Humans of New York.

Except that instead of approaching people, people approach him.

Because he’s an Uber driver.

And also a photographer.

Hence, an “UberGrapher”. Get it?

Good luck finding a picture of him though, as despite liking to take photos of people, he’s painfully camera shy himself.

Mr Tsao meets people from all walks of life in Singapore during his job as an Uber driver, and features them on photo-sharing app Instagram, usually accompanied by humorous captions.

And driving for Uber is only his night job. In addition to driving, The New Paper reported that the computer engineering graduate from the National University of Singapore works on a yet-to-be-launched property listing app during the day.

Did the interview with Jade Seah. Some people look better in person than in photos like me but she looks fantastic both in person and in photo. No wonder she was Miss Singapore universe.

And a couple of old friends going for a drink.

Friends who known for 20 years going for happy hour. The one on the right has been late for appointments for 20 years and he has been buying drinks for being late for past 20 years. Respect him for being consistent and his friend for so forgiving.

A manager at Abercrombie & Fitch.

Young NTU graduate works in A&F clothing store as a manager. There is nothing that fits me in A&F so i go to A&W instead. Things at A&W fit my stomach very well.

And even a New Yorker making her first visit to Singapore.

He even runs his own YouTube channel named Beautiful People of Singapore by UberGrapher, which focuses on his conversations with his passengers.

Here’s one where he picked up a couple of Russian models fresh from a night of drinking:

Did we mention that he has also launched a photo book, titled “Beautiful People Of Singapore”? 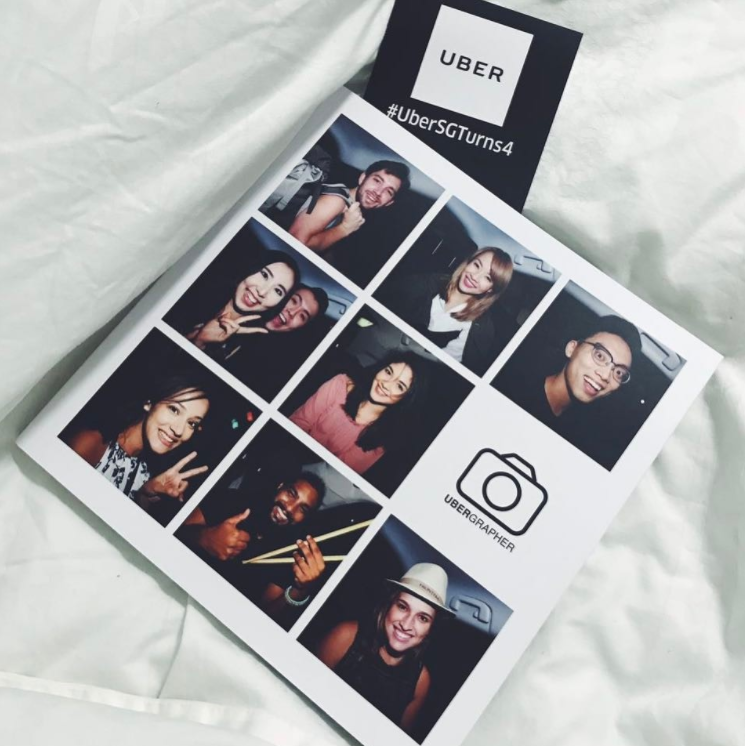 Containing a compilation of the photographs he took with brief stories accompanying them, autographed copies can be purchased at $40 each by e-mailing him at ubergrapher@gmail.com.

An app developer, Uber driver, photo hobbyist and now an author? Some of us can barely hold one job as it is.

Perhaps one day you might just chance upon him.