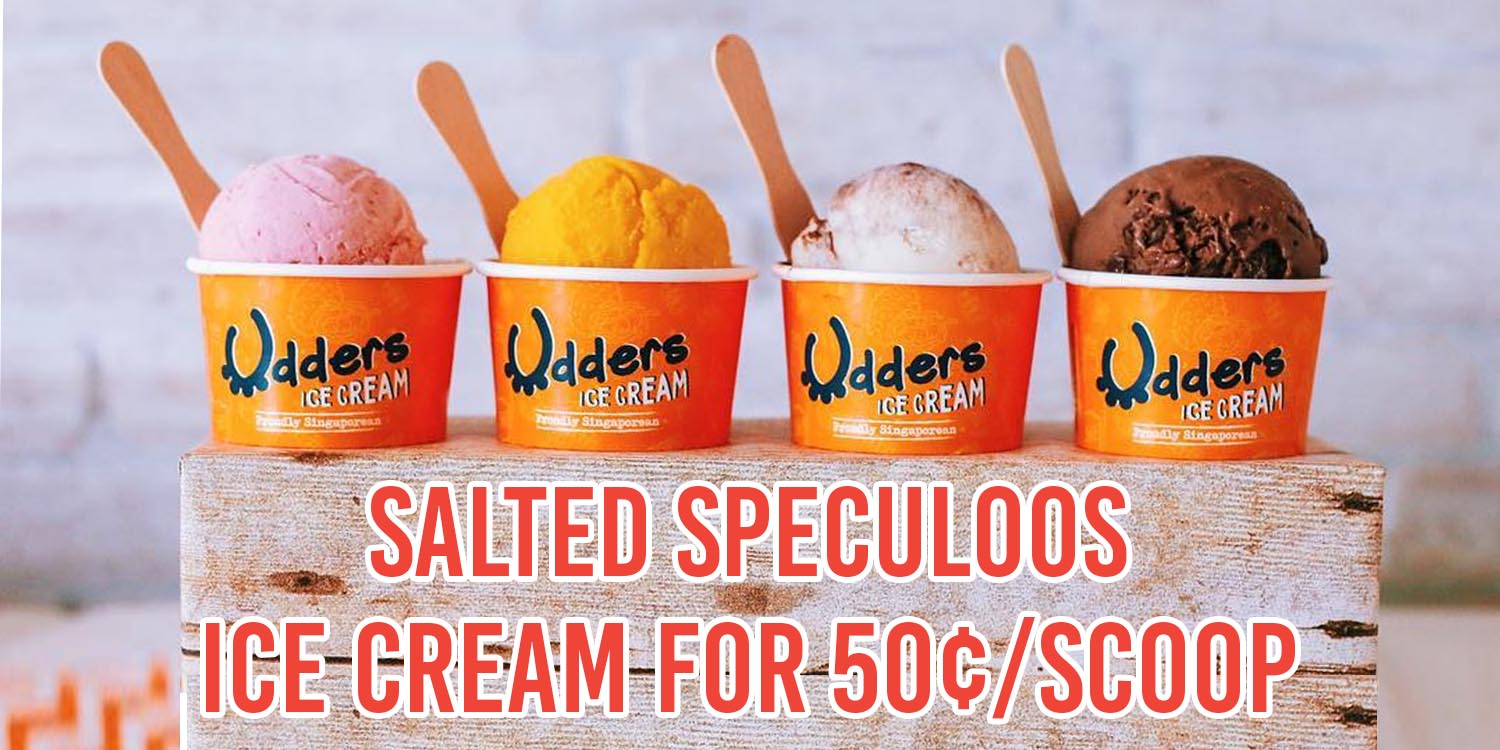 The coming weekend looks to be a burner, with the mercury hitting 32°C in parts of Singapore.

To keep us feeling nice and cool, Grab and Udders have partnered to offer ice cream from Udders’ classic flavours line at 50 cents for a scoop. 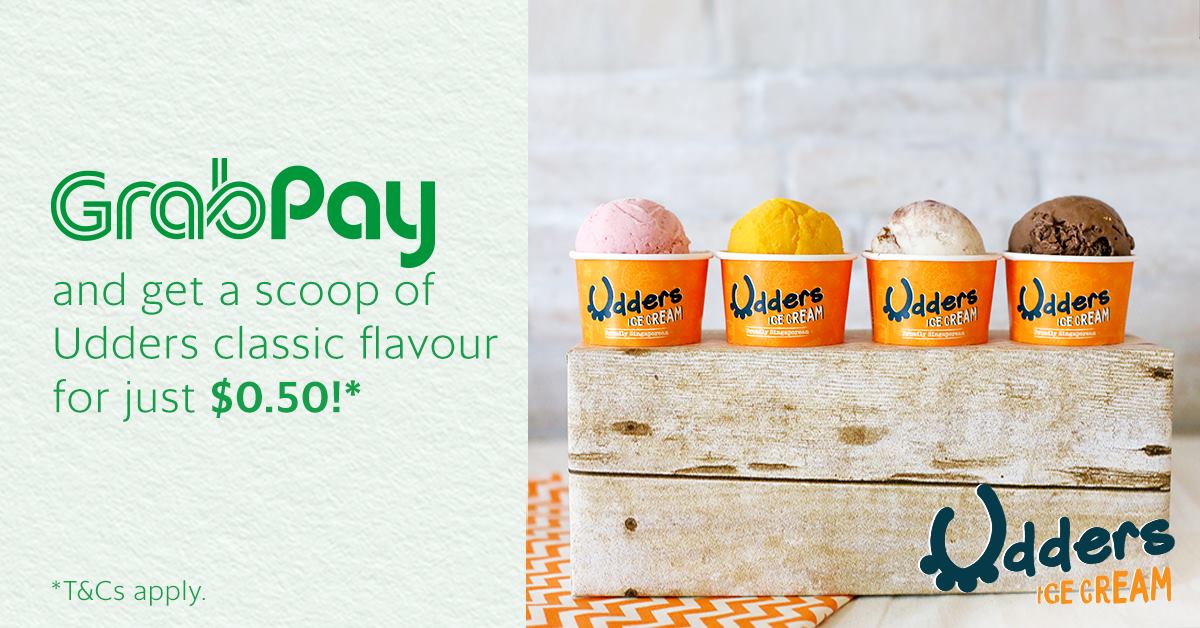 Other flavours available for the promotion include:

But why stop at one? The promotion allows five scoops per transaction, so stack ’em up!

The catch? You have to pay for your ice cream with Grab’s e-wallet service, GrabPay.

That’s hardly a catch, since topping up the wallet is really easy anyway.

The promotion is available at the following Udders outlets:

But don’t head to Timbre+ if you’re craving Udders’ Champion Chendol, Sexy Me (Sesame) or Peanut Butter Crunch — these flavours aren’t available at the outlet.

You have about four weeks  to get your cheap fix of Udders ice cream — don’t say we never share.