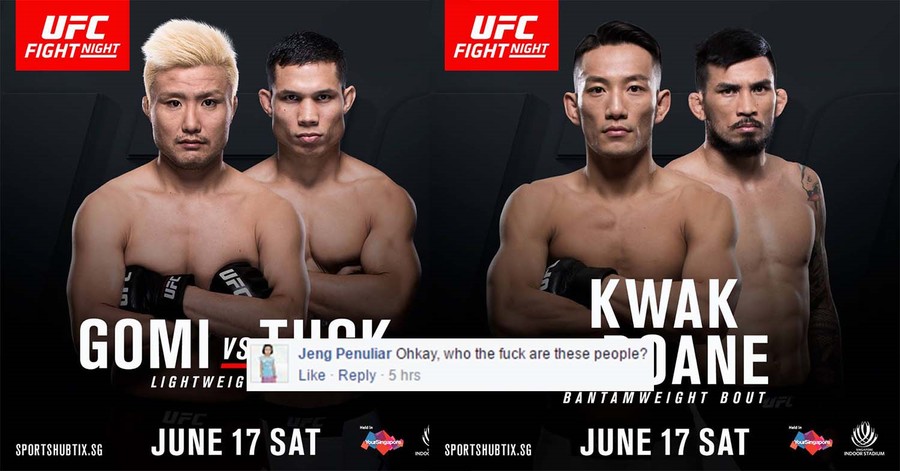 Singaporeans are disappointed with UFC’s first line of matches

UFC Asia released the first wave of matchups for their signature Fight Night event that is scheduled for June this year, only to get bombarded with complaints from Singaporeans. UFC viewership has increased phenomenally in Singapore in the past decade,as an increasing number of people switched from watching the ‘staged’ WWE shows for the real deal.

When UFC last held their Fight Night event in our sunny island back in 2014, over 5,000 people filled up the Marina Bay Sands to catch their favourite fighters battle it out in the ring.

Knowing this, one would be safe in assuming that a second round of Fight Night would be well-received by local MMA fans, right?

The release was met with an avalanche of hate comments from netizens, who were underwhelmed with the list of fighters who were set to partake in the event.

The initial match-ups featured many ‘lesser-known’ fighters and that did not sit well with Singaporeans. Many netizens were alarmed that none of the A-List fighters were listed, and some fans even claimed that they had never heard of the fighters that were set to fight.

Some simply decided not to spend their hard-earned money on the rather disappointing event.

Of course, the ‘professional haters’ dove right in, and went full-on ballistic.

The 38 year old fighter was a heavyweight champion back in prime(2005-2006) and has remained a fan-favourite.

He is set to face off against Marcin “Tybur” Tybura, a Polish heavyweight, with an impressive track record(15-2-0). 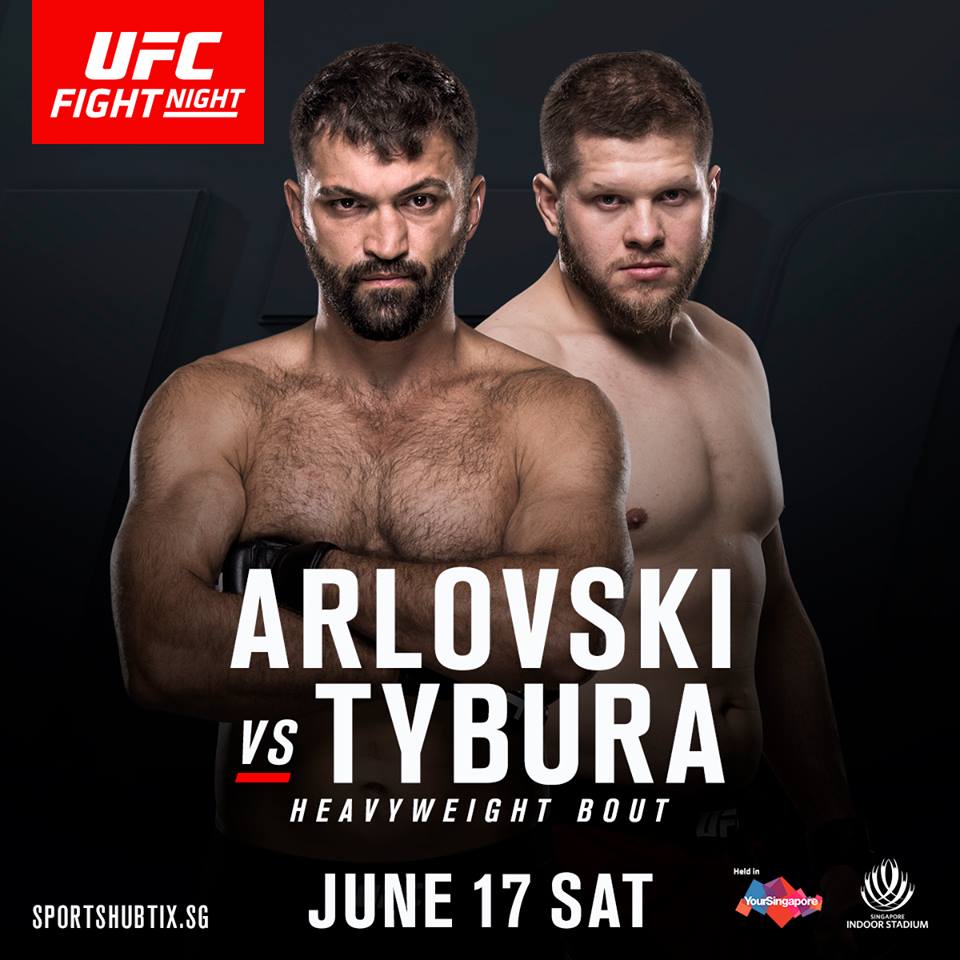 Will the UFC Fight Night be able to recover its viewership after the horrible reception of its initial lineup?

Probably only if they decide to get a few big-shots to appease the Singaporean crowd.

You can stay tuned to the UFC Asia Facebook page for the next few match releases.