Must Share News – Independent News For Singaporeans
Home Lifestyle FRESH We Rewatch The Unbeatables To Figure Out The OG Stories Behind STB’s... 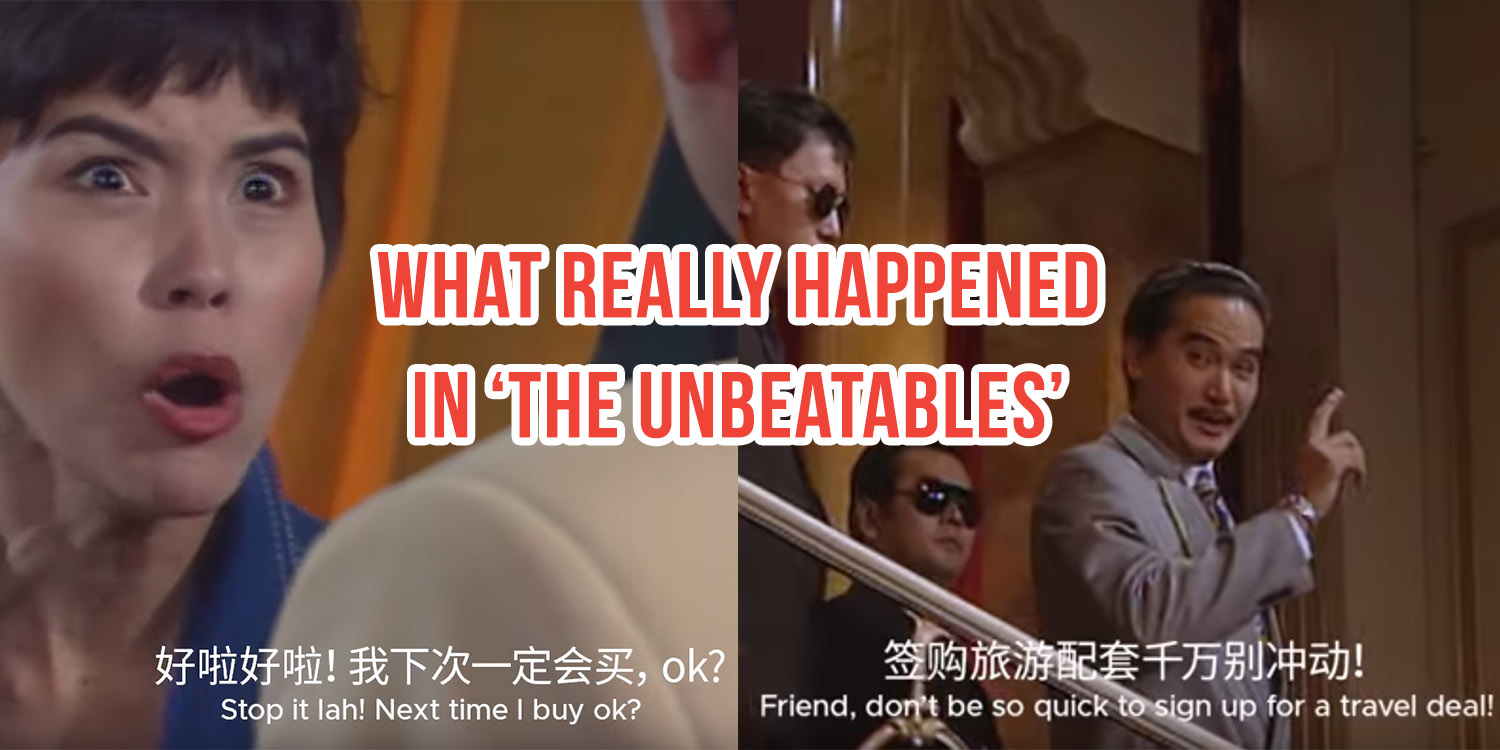 Zoe Tay looked so young we had to double take to make sure it really was her.

Yup, we’re talking about Singapore Tourism Board’s (STB) latest  ‘Don’t Travel Blur, Travel Sure’ which you can check out here.

They dubbed over scenes from classic Channel 8 drama, ‘The Unbeatables’ which surely made most of the internet laugh out loud. 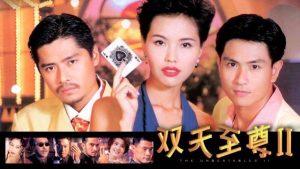 We applaud Singapore Tourism Board and their creative agencies for their amusing campaign.

Yet we couldn’t help but become intrigued at what actually happened in the real drama.

So we launched our own investigation — and by that we mean binge watching the entire drama to write this article.

Here’s what actually happened in the scenes that were featured in STB’s campaign.

STB’s dubbed version: Lee Nan Xing is being quizzed on what is included in his travel package. His confidence wavers and transforms into shock when he learns he bought a one-way trip.

Lee Nan Xing is being taken apprentice by a gambling god.

In this set-up by his mentor to test his abilities, he has to shoot cards into the right pages of this book of ‘gambling secrets’ which matches his mentor’s hints.

Despite countless attempts, he struggles to get it right — and proves his worth.

STB’s dubbed version: Zoe Tay erupts in fury, because she regrets not buying travel insurance when Zhu Hou Ren brings up how important it is.

Zoe Tay is furious because she just found out that she is the daughter of Zhu Hou Ren, the villain of the drama and hence the man whom she detests.

All along, she believed that she is the daughter of another man her mother remarried.

She flies into a rage after seeing the him pull out her childhood photos and her birth certificate.

Confronted by the fact that her mortal enemy turned out to be her biological father, she pushes away the pictures saying ‘that’s not me’ and insists that the birth certificate is fake.

After repeatedly insisting that she doesn’t wants to be his daughter, she runs away crying.

STB’s dubbed version: The guy in the white suit thought he bought the best travel insurance package. However once he finds out the company is not registered, he jumps out of a window, upset at the lost money.

Guy-in-white-suit is the villain who’s trying to win Lee Nan Xing (LNX) in an epic battle to determine who is the true god of gamblers.

On a losing streak and in a last ditch effort to desperately claim victory, he resorts to underhand means to force LNX to renounce his title as the winner.

The villian reveals that he has Zoe Tay – love-of-LNX’s-life – held hostage, and threatens Lee Nan Xing to hand over the title as king of gamblers.

At his wits end, he jumps out of the glass window in a doomed attempt to escape.

That was a thrilling ride from start to finish.

In case you feel like binge-watching the series too, here’s a link to get you started.

90s dramas were the best. Bring them back!