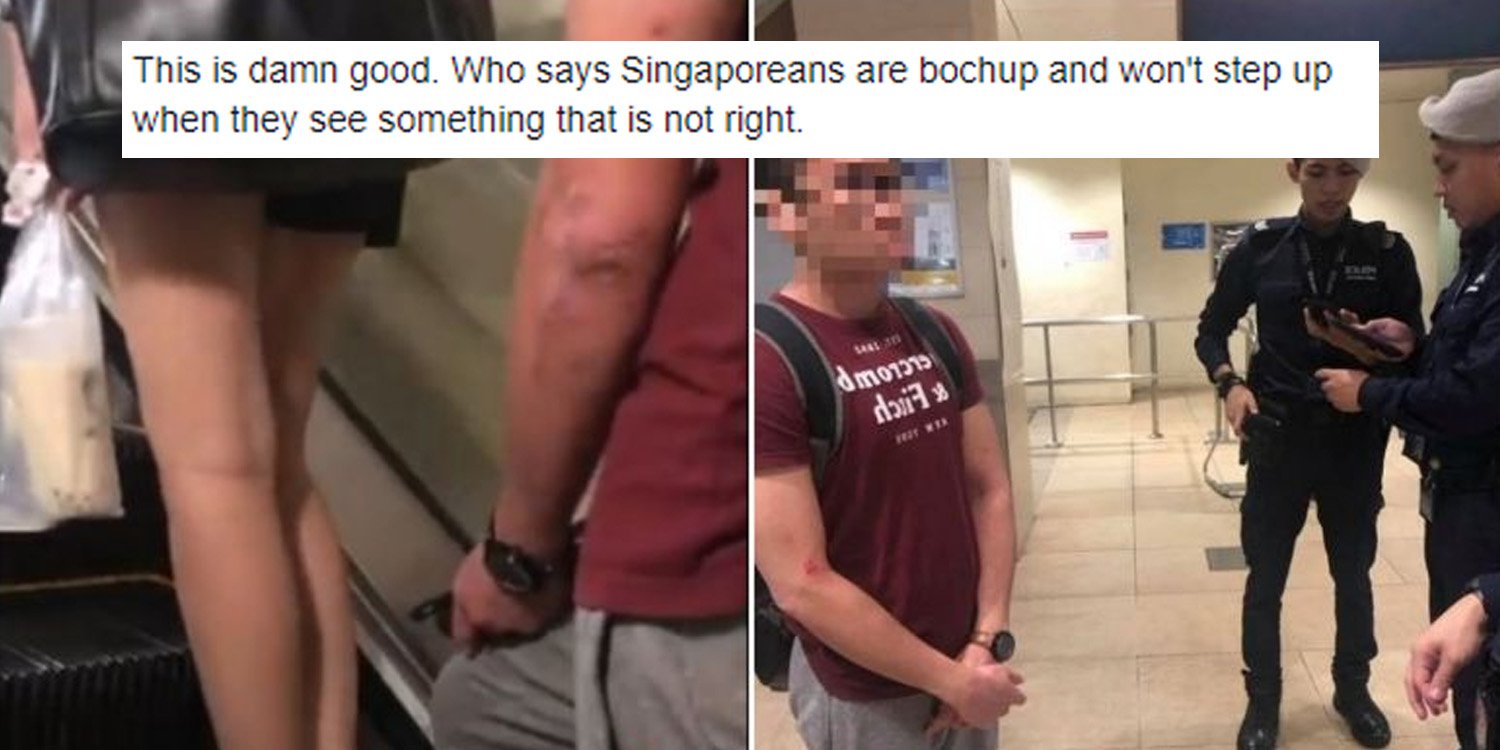 Described As A “Hero”, He Says He Was Not Afraid As He Grabbed Perpetrator By The Arm

It was a scenario straight out of a movie: an ordinary train commute transformed Mr Fitri Hakim into a hero.

It began on Thursday (3 May), when Mr Hakim was at Bishan MRT station.

The 27-year-old was transferring to the North-South Line from the Circle Line when he first noticed a young man holding his phone and wallet in an awkward manner.

“The wallet was stacked on the phone, with about a fifth of the phone exposed,” Mr Hakim told MustShareNews.

Sensing something amiss, Mr Hakim looked closely and noticed that a red light on the phone was on, suggesting that it was in recording mode.

It was only after both Mr Hakim and the perpetrator got onto the escalator did Mr Hakim realise the other man’s motives.

It was quite obvious that he was trailing a lady.

He was close behind her, with his left knee out and his phone and wallet on his knee, allegedly recording.

Standing on his right, Mr Hakim stealthily took a video of the upskirt incident.

Here’s the video that Mr Hakim shared with us:

When they reached the top of the escalator, the woman entered a train while the man walked in another direction.

That was when the hero in Mr Hakim emerged. He boldly asserted,

So, did you manage to get the video?

This shocked the man, who began quivering.

Sensing that he might run away, Mr Hakim made a move to grab his arm.

He told the perpetrator to unlock his phone, after which, he swiped “all the way to the end and saw a video of the woman”.

Mr Hakim then brought the man to the ticketing office and the Public Transport Security Command (Transcom) was alerted.

When asked whether he was intimidated at the thought of confronting the man, Mr Hakim replies, “not really”.

He says that it was the “right” thing to do and it was his “first time” in such an encounter.

The man’s phone was confiscated by Transcom officers.

The police has confirmed that a 27-year-old man has been arrested, and an investigation is underway.

Mr Hakim tells MustShareNews that he is due to provide a statement to the police on Monday (May 7).

He says that he is happy to have “eliminated” one of these unsavoury characters behind Singapore’s upskirt menace.

This netizen’s praise for Mr Hakim sums up how we feel about his heroic act:

From us at MustShareNews as well, thank you, Mr Hakim!