Must Share News – Independent News For Singaporeans
Home News Latest News US Media Applauds Singapore For Letting Our Elderly People Work As A...

Singapore Deals With Ageing Population By Making Them Work

Many people have felt disturbed by the sight of elderly people working in Singapore instead of spending their golden years at home with their families.

But while Singaporeans may see this as an embarrassment, those from another country see this in a totally different way — that Singapore is actually dealing with an ageing population in a good way — by putting the elderly to work and making them still-productive members of our workforce. 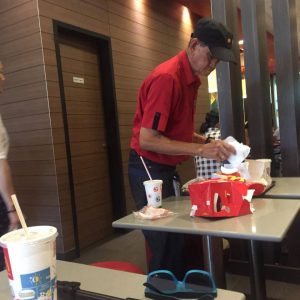 2 years ago, Prime Minister Lee Hsien Loong spoke on Singapore’s ageing population at a lecture hosted by the Singapore Management University. This is part of what Today reported him saying:

Based on trends, if we project into 2050, even with immigration, the population pyramid will be inverted… We are going to be growing old faster than any society in the world.

Some of the issues we face on top of the “silver tsunami” include skyrocketing healthcare costs, a declining birth rate and fewer younger workers.

However, in the eyes of USA Today, we seem to be doing fine.

In a USA Today article by Thomas Maresca, the writer wrote about his visit to Chatters, a small cafe in Renci Hospital that only hires employees above the age of 55.

The woman who manages the cafe is 72-year-old Ms Sally Chung, who used to be an accountant and clearly enjoys her current job. 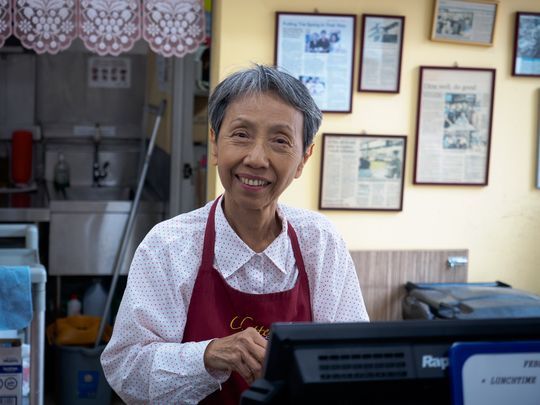 Mr Maresca’s article says the United States “could learn a thing or two from Singapore on how to handle its ageing population”, citing initiatives like Chatters, subsidised skills retraining for older workers, and the re-employment of workers who want to work past the retirement age of 62.

He also highlighted how in 2016, Singapore launched a $2.2 billion programme with 70+ initiatives on health, transportation, education and housing specifically for the elderly.

In an interview with Mr Maresca, the founder founder of Chatters Helen Lim said:

Why not take some of these experienced older ones that can stabilize the company? They’ve still got energy. It doesn’t mean that when you pass 55 you are downhill. You may use all your experience and you can still contribute to the company. A bit of diversity, a bit of planning — I think companies are welcoming that kind of idea.

Even Mr Bob Aubrey, chairman of the human resources committee at the European Chamber of Commerce, said Singapore is a “source for other countries to study” — for example, the US, which is facing its own greying population.

Greying In The US

24% of the US population — or 98 million people — will be over 65 in 2060, according to projections cited by USA Today. They will be draining government benefits, and leaving a smaller pool of younger workers to support them.

The US does have long-term programmes such as the Senior Community Service Employment, but Professor Joseph Coleman told USA Today that they still can’t compare with what Singapore is doing.

Here’s the difference: American culture is more individualistic, and the focus is more on fending for oneself in the workplace rather than the entire community. There’s no national effort to address what the ageing population would mean for the workforce.

While our PM has spoken out about the issue, we’ve yet to hear from any American leader, past or present, about it. They seem to have more pressing issues at hand, like bombing Syria or withdrawing from the Trans-Pacific Partnership.

Perhaps Singapore is just more forward-looking and tends to plan ahead due to our ingrained pragmatism.

Simply put, what the US ought to do with its ageing population isn’t of utmost priority, which is alarming to some: 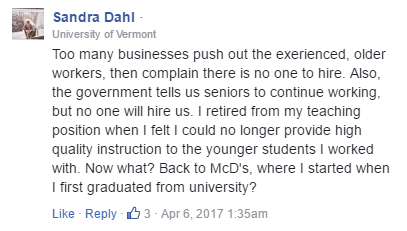 This is considerably a problem for America, considering how Singapore’s predicted statistics for 2030 are only marginally worse compared to the USA, according to a United Nations report: 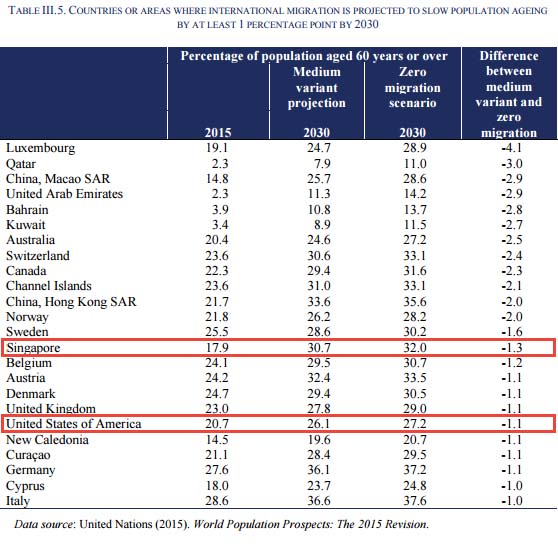 Not All Work Because They Want To

While it’s great that Singapore has a plan on what to do with our ageing population, that just looks at the issue from a macro level, but not at the individual stories.

What these foreign media reports may not have taken into account was that many of Singapore’s elderly workers work not because they want to, or are even fit and healthy enough to do so.

USA Today just interviewed people like Ms Sally Chung, who likes to work at her cafe.

Many other seniors work because they can’t afford not to keep working — they don’t have enough money to survive, have huge bills to pay, or can’t rely on their children for some reason.

And not all are as fortunate as Ms Chung. Some work in jobs that are tiring and dirty, like hawker centre cleaners. 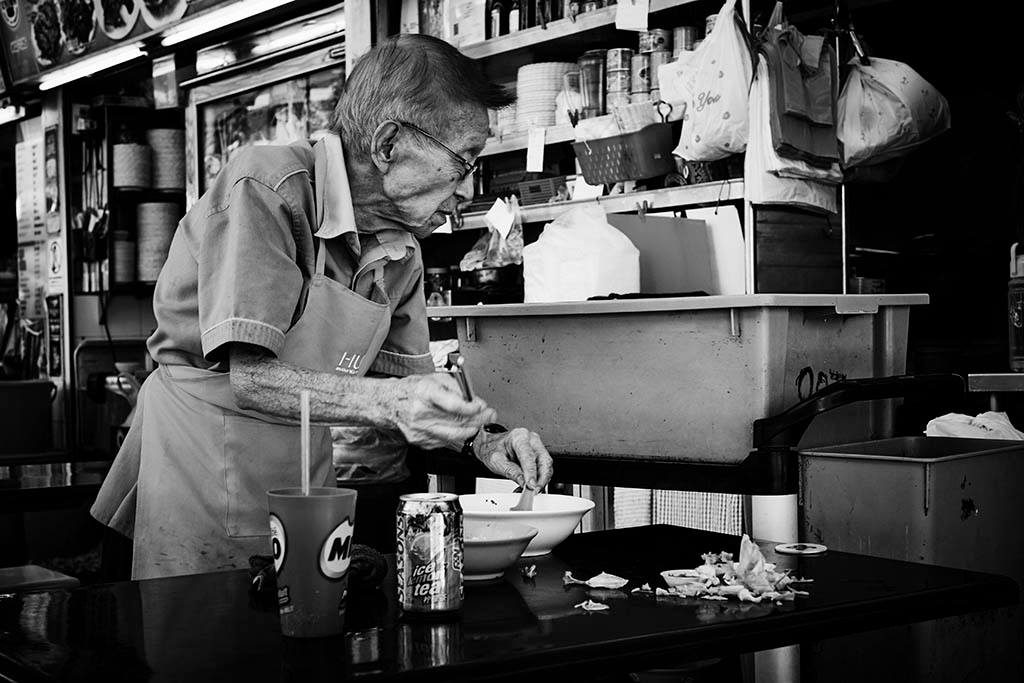 Another Way To Look At Elderly Workers

So the next time you see an elderly worker clearing the tables at your neighbourhood hawker centre, you might not want to think that he or she is pitiful.

Instead, you might want to think that other countries like the US would kill to have such productive elderly people who are contributing to the workforce meaningfully.

But don’t forget, what other countries think of us may not be the whole picture.

We hope that one day all the elderly people who are working in Singapore actually want to work, and are not forced to work.

Read our story about how the US Applauds Singapore’s healthcare system.