We’ve heard the fuss about America being first and Singapore, arguably, coming in second. If you’ve watched our viral video, you probably know what we’re talking about.

Turns out, Joseph Schooling isn’t the only reason why Singapore might be ahead of the United States.

While some Singaporeans may have some reservations about our current healthcare system, some people in other countries actually look up to it, and yes, some of these people are Americans.

While discussing healthcare policies in the eyes of Republicans, Mr Douthat stated:

Mr Douthat then went on to explain that there is, in fact, a health insurance system that ensures this idealistic vision is fulfilled: Singapore’s!

He goes on to say that “the Singaporean structure… minimizes direct public spending and third-party payments, while maximizing people’s exposure to what treatments actually cost”.

It’s actually no surprise, looking at past statistics comparing our healthcare expenditure to others’. 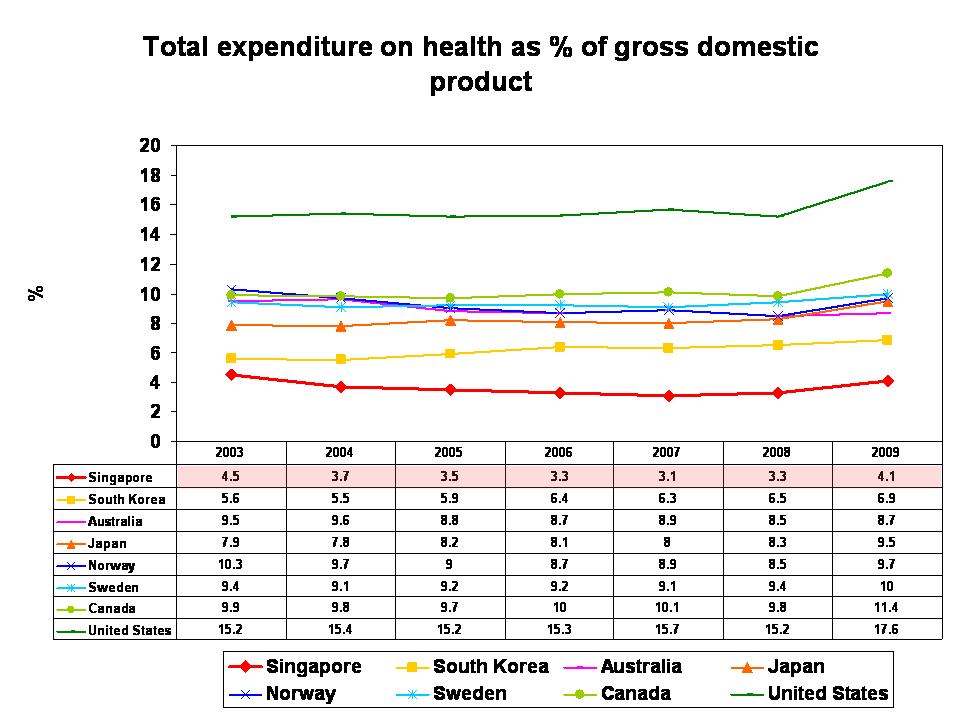 However, there’s a catch: Mr Douthat also noted that Singapore’s system is built around “personal responsibility and private spending, but also a degree of statism and paternalism that present-day conservatism instinctively rejects”.

These 3 layers of protection that Singaporeans get shows just how much the government is involved in our healthcare:

This is a mandatory programme under the Central Provident Fund (also mandatory). It pays for Singaporeans’ healthcare.

It’s quite unlikely that those in the “land of the free” will accept being forced to put their money into accounts held by their government. A mandatory scheme like that is just alien to them and there will be protests on the street.

This is a health insurance programme that pays for large hospital bills and selected costly outpatient treatments, such as dialysis and chemotherapy for cancer. Again, it is administered by the CPF, so government involvement again.

This is an endowment fund set up by the government to help needy Singaporeans who can’t afford to pay their bills even after help from Medisave and MediShield.

Simply put, Singapore doesn’t practice as much freedom from the government as America does. That may be fine for Singaporeans used to a government that is involved in many aspects of our daily lives — in fact many want the government to be more involved.

But that’s a big issue for conservative Americans who rail against “big government”, i.e. a government or public sector that is too involved in certain areas of public policy or the private sector.

Hence, Mr Douthat highlighted the immense difficulty in getting a Singapore-style healthcare plan approved by the US Congress: 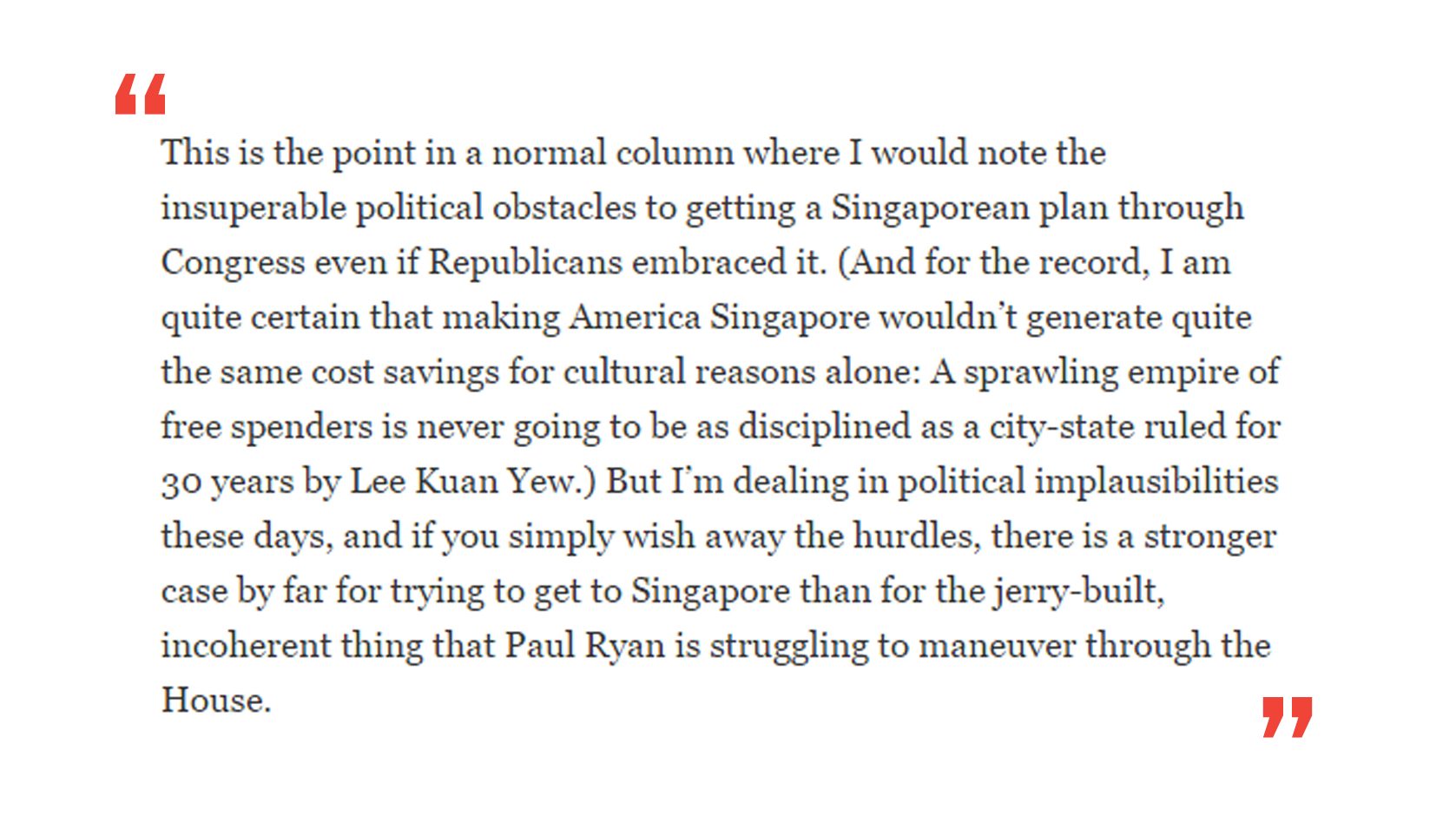 So even though Medisave may be a good idea, it isn’t exactly applicable to America’s social fabric.

Funnily, though, it still feels good to know that a big country like the US, whose culture and foreign policy dominates the globe, has people that look up to our healthcare system.

It’s no question that we’ve come a long way.

And there’s no harm being proud of that.