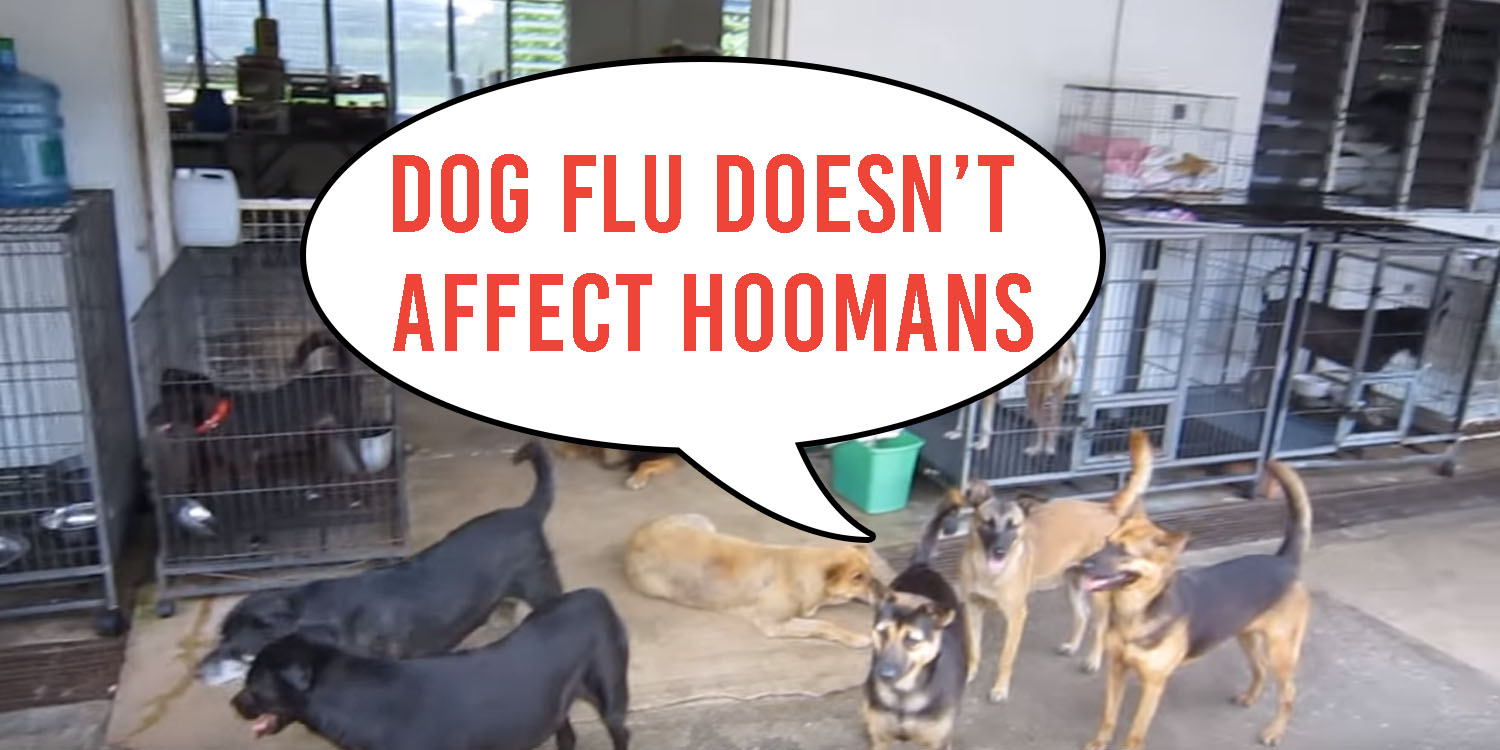 Have you noticed your dog coughing in recent days?

Well, it’s a worrying sign that your dog may just have canine flu, cautions the Agri-Food & Veterinary Authority of Singapore (AVA).

Since our first flu season is approaching, Jun-July periods are usually when infections peak, we’ve compiled an ought-to-know list of significant outbreaks in Singapore’s history.

Without further ado, here’re 9 times flus and viruses took Singaporeans – and our animals – by storm.

Canine influenza has been detected in dogs at the Pasir Ris Farmway area, in recent AVA announcement on Facebook published on Monday (14 May).

Is scary but doggo will most likely be ok
Source

Thankfully, the virus is not known to infect humans and is typically not life-threatening for dogs.

Dogs usually recover within 2-3 weeks. But – touch wood – it can develop serious complications such as pneumonia in dogs with lower immunity.

Such dogs include puppies, elderly dogs, or dogs with existing sicknesses.

The virus spreads through respiratory secretions from dogs’ sneezing and coughing.

Secretions that get onto food bowls, toys, leashes and bedding may infect other dogs.

Dog-owners are advised to keep unwell dogs separately from other dogs until they have fully recovered.

And to always wash their hands.

First detected in the United States in April 2009, H1N1 in pigs and other animals reached global pandemic status in 2009. 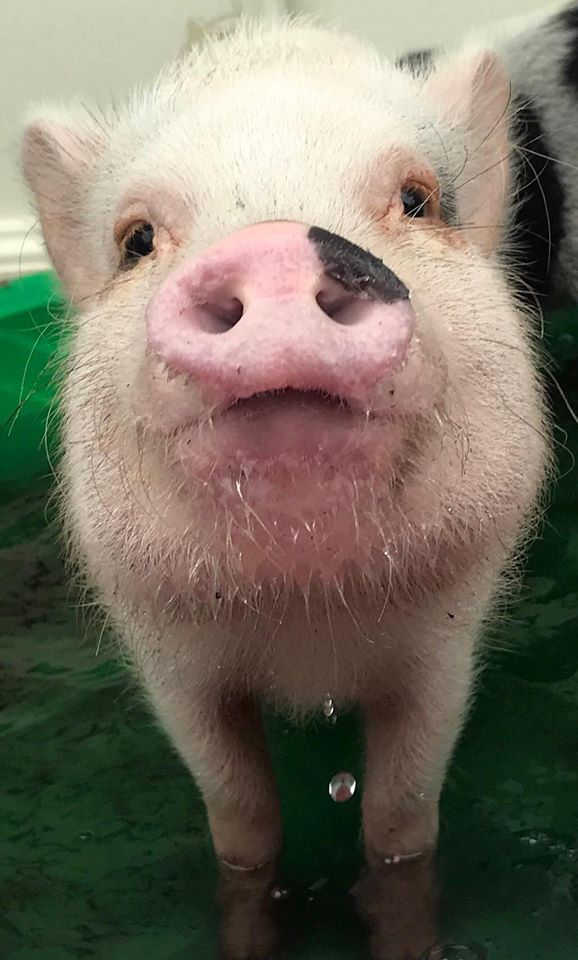 After the virus was reported in a variety of mammalian and avian species.

The World Health Organization (WHO) declared a public health emergency on 24 Apr 2009, while Singapore’s first imported case of H1N1 was confirmed on 26 May 2009.

Few are aware that the 2009 Swine Flu epidemic was the second time Singapore had a run in with H1N1.

It occurred in two waves – June to July, and October to November.

Some experts believe that the virus was born via a mutation between a strain found in wild ducks, with a pre-existing human variant.

By the end of May, 28 deaths had been recorded.

Here’s a breakdown of what happened back in 1957:

Experts surmise that the number of deaths was probably higher due to possible misclassifications.

Excess mortality for May published in the monthly mortality report showed that there were 680 deaths among a population of 1,445,900.

But as can be seen from the timeline, Singapore did a bang-up job of containing the epidemic, even way back when.

First recorded in Hong Kong on 13 July 1968, H3N2 is basically the mother of a host of flu viruses that infect everything from birds to mammals. 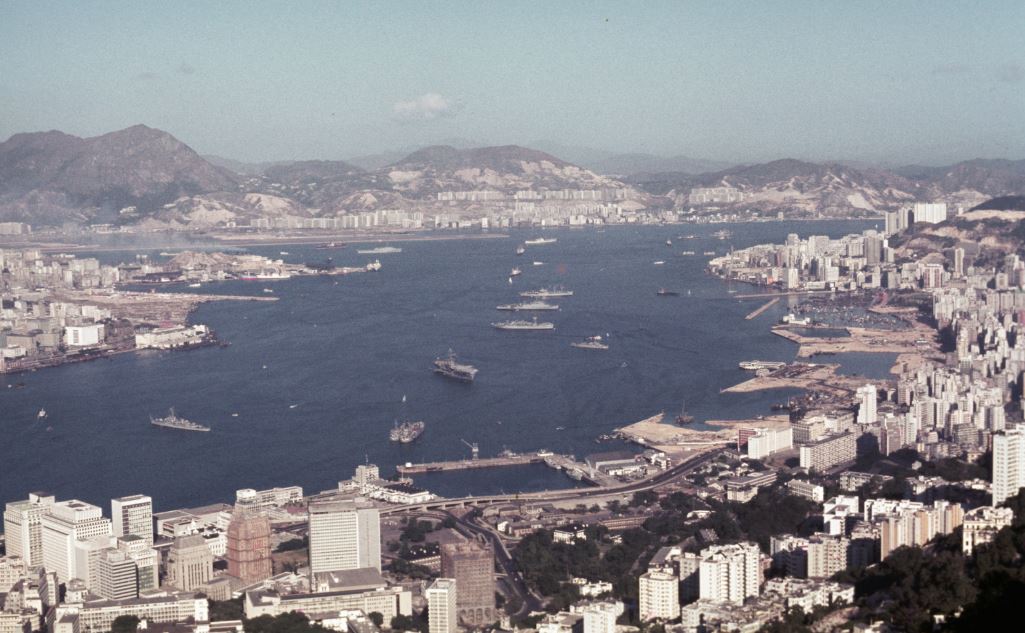 It has since mutated into many strains in birds, humans and pigs alike, and is an increasingly abundant strain present in seasonal influenza.

Thanks to H3N2’s relatively shorter incubation period, it had a milder impact in Singapore as compared to the 1918 and 1957 flu epidemics.

But, scientists continue to observe resurgences in this nasty flu variant from time to time.

Named after the Kampung Sungai Nipah (Malaysia), the place it originated from. Beautiful place, wonderful people, not so friendly virus. 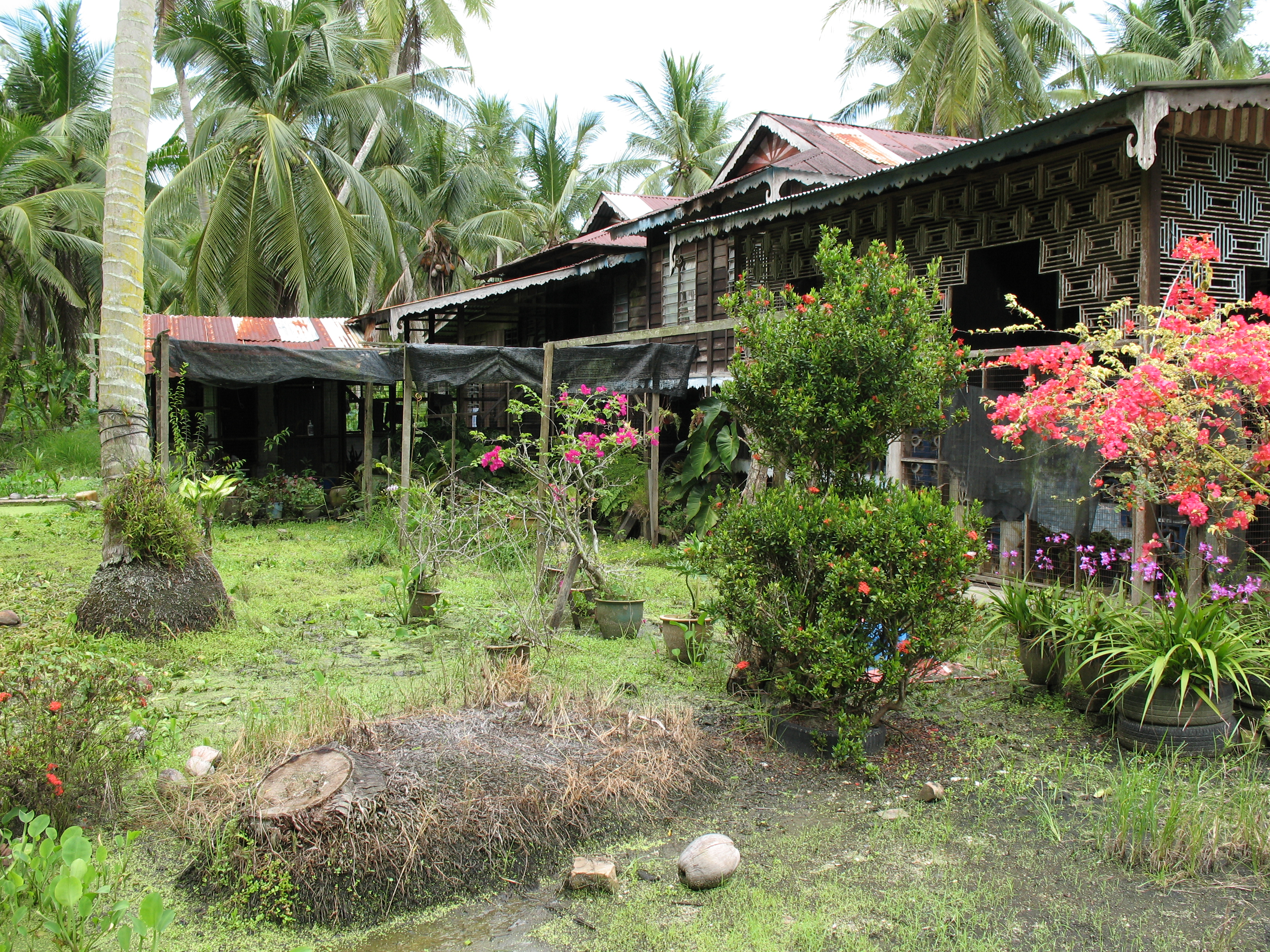 We didn’t even know what it was after it made landfall here.

There was a slight confusion at first, as it was initially thought to be the Japanese encephalitis virus spread by everyone’s least favourite mosquitoes.

Turns out it was from pigs. 11 people were infected and one fatality was recorded from the outbreak.

Does this rap ring any bells?

Thankfully, most Singaporeans came out as SAR-vivors in what was possibly one of Singapore’s scariest outbreaks. 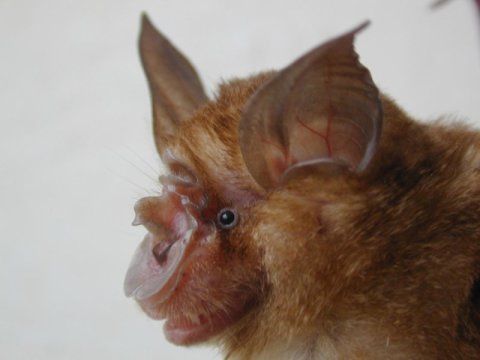 Can’t tell where the nose or mouth begins
Source

This is strictly not a flu virus per se, but Chinese scientists have since traced the virus to cave-dwelling Horseshoe bats in the Yunnan province.

However, initial afflictions like fever, cough and sore throat resemble flu-like symptoms, which made it harder to detect.

Singapore basically went on lockdown mode when SARS hit us hard, from compulsory temperature screenings in schools, to a 2-week school closure, even for PSLE students.

With 238 cases, 33 deaths and a 14% fatality rate, most Singaporeans will recall scary times.

There was one good thing that came out of this though, Singapore’s swift and transparent response to containing the outbreak was lauded by other nations. 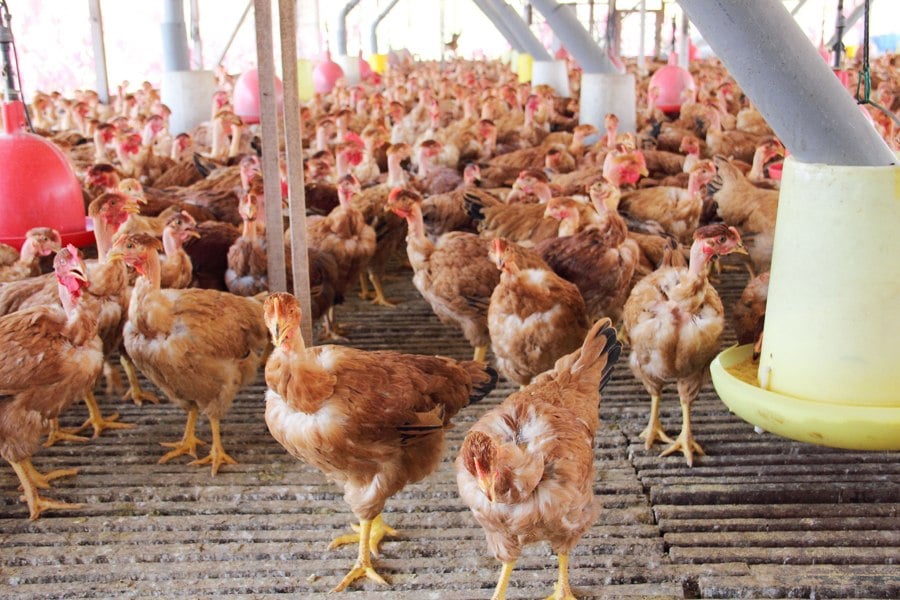 A deadly virus, it’s the reason why millions of chickens – and humans – have died all over the world. A devastating outbreak hit Singapore in 2008, to major consequences for the local bird population and humans alike.

The good news is, there’s currently no evidence that the H5N1 virus can be transmitted to humans via “properly prepared poultry or eggs”.

But a few human cases have been linked to consuming raw or contaminated poultry blood.

For chicken farmers, the slaughtering and handling of carcasses, or preparing poultry for consumption are high risk factors for transmission.

Person-to-person spreading, however, is very rare.

Singaporeans are no stranger to the threats of Dengue — the first recorded outbreak of Dengue fever in Singapore was back in 1960, with 88 hospitalisation cases. 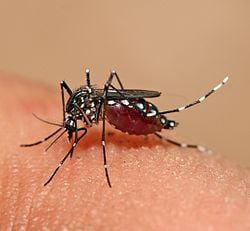 Thanks to stagnant water on pots and lids around our households, and our hot but humid weather, mosquito larvae abound.

Our sunny state is therefore a breeding ground for pesky Aedes mosquitoes to spread their deadly virus among us.

Currently, we do deal periodically with Dengue outbreaks.

Most recently, the Ministry of Health (MOH) and National Environment Agency (NEA) were known to be combating a cluster near NTU halls.

We look forward to the day we’ll finally be rid of them.

In 1996, a nightmare outbreak of the Mad Cow disease in the UK, made even the most ardent of beef-lovers swear off the delectable meat.

This lead to greater accountability after UK’s application for beef exports was approved once again in 2013, following a successful risk assessment.

Fun fact: The Mad Cow Disease is not caused by a virus or bacteria. But a fascinating class of infectious agents known as a “prion”.

Best understood in layman terms as a protein, when normal prions fold abnormally and cannot be broken down by the body, they cause havoc in our nervous tissues.

Leaving sponge-like holes in many parts of our brains.

Not ideal. Not ideal at all.

No reason to fear

Once again, the canine flu going around is not known to infect humans.

Nevertheless, we could all help curb the spread of pandemics by taking extra care in executing the recommended safety precautions.

But given our track record in dealing with these outbreaks, we know Singaporeans will be prepared for the next virus that hits our shores.

Do you know of any other viral outbreaks in Singapore that we’ve missed? Let us know in the comments below.