Must Share News – Independent News For Singaporeans
Home Viral Facebook Wailing Woman In Garfield Shirt Begs For Money On Bus, But It... 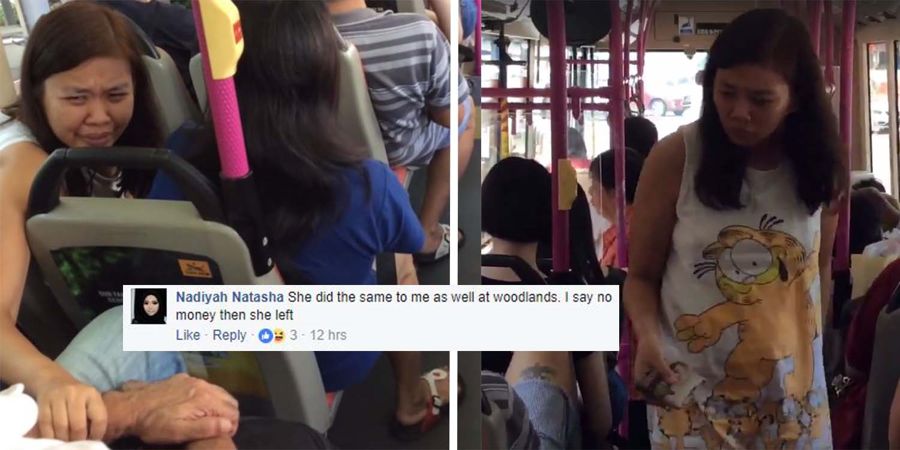 Serial Beggar Hops From Bus To Bus In Search of Money

When we see someone less fortunate, we often feel compelled to help them out of compassion. However, how do we tell if they genuinely need help or whether they are con artists? And, what happens when you reject such individuals?

Well, Facebook user Kohji Toh shared one such incident which happened to him on a bus from Chinatown to Redhill.

In a Facebook post on 6 Sept, Mr Toh uploaded 5 videos showing a lady clad in a Garfield nightgown crying and begging for money from passengers on an SBS bus ride. 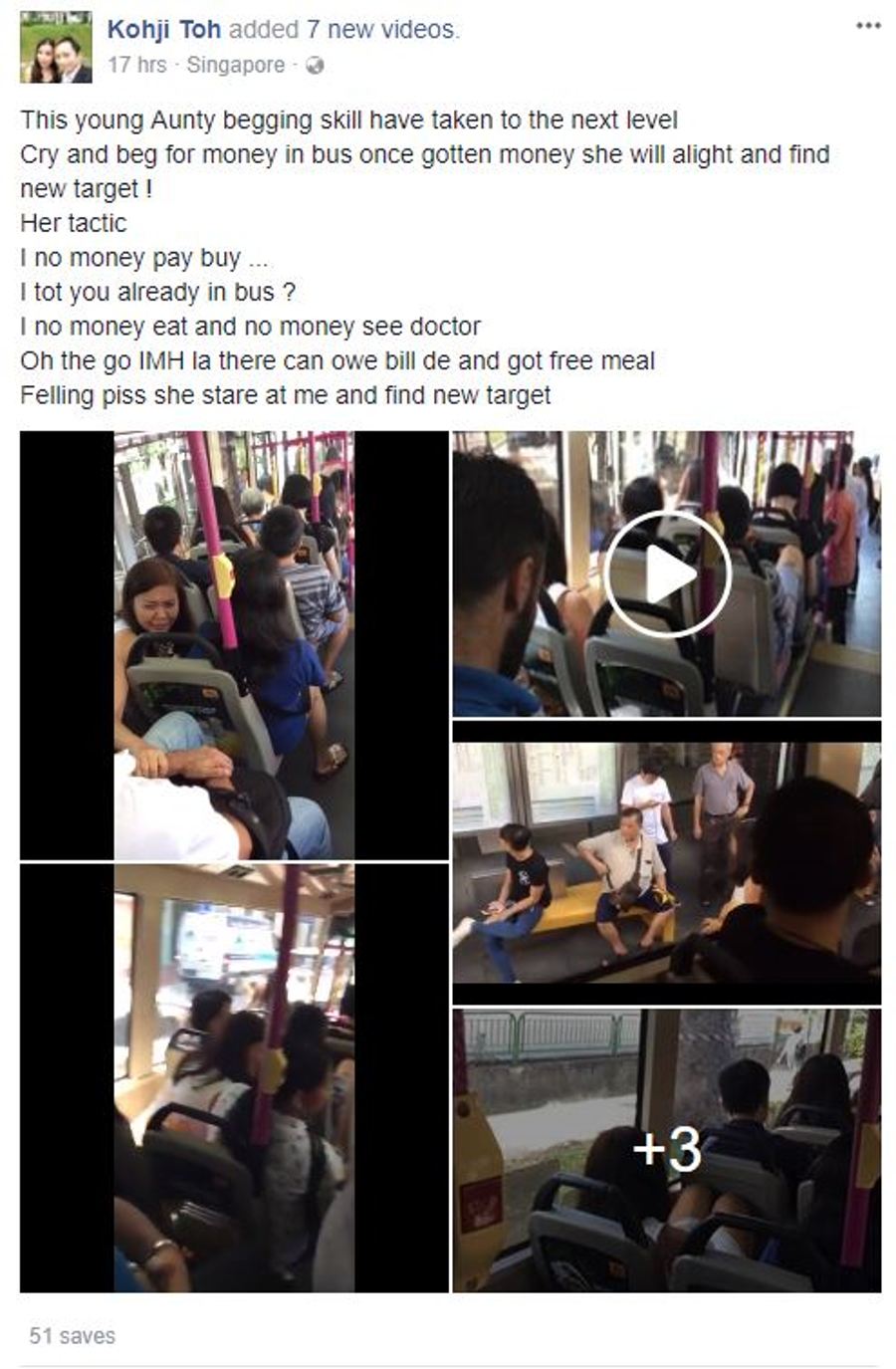 Mr Toh shared that the lady had approached him for money for the bus fare, food, and medicine. When Mr Toh turned her down, he received a death stare.

Then, she turned her attention to other passengers on the bus ride, pulling out the same tactic.

So does the woman really need help or is this a scam? Well, watch the following videos to find out.

Do note that since this was taken on a phone camera whilst on a moving bus, the audio is quite muffled.

She wails for help

In the first video which is 6 seconds long, the woman is seen tugging at the hand of a passenger and wailing what sounds like ‘please, help with some money, please’.

Despite her pleas, the male passenger politely declines.

How does she handle the rejection? Well, it seems that she really pulls a long face when she is rejected.

In this second video, you can see her angry face for a fleeting second at the start of the video.

Undeterred, the lady scours for her next target.

This is when she spots an aunty in a seat opposite her.

Aunty, better have my money

You know Garfield Woman has locked onto her next target when she lets nothing stand in the way. In this case, it was an unfortunate Indian woman who was caught in the crossfire.

The poor Indian lady was literally at the edge of her seat as the Garfield woman leaned over her to talk to the potential donor.

Unable to withstand the weight and the invasion of personal space by the leaning Tower of Garfield, the Indian passenger could be seen leaving her seat, and stood up for the rest of the ride.

With the skills of a top sales representative, Garfield Woman proceeds to sell her case to the Kind Aunty. Though the conversation is muffled out by the sound of the bus moving, the MustShareNews team managed to catch a few phrases from their conversation.

Apparently, the Kind Aunty told her to go to the Chinese herbs shop to get some medicine but Garfield Woman was clearly not in it for the advice. She immediately tells the Aunty that she is allergic to such medicine.

She pleaded and pleaded before Kind Aunty decided to give her what looks like a $5 bill.

It was only then that she stopped begging and returned to her sit quietly for the rest of her journey. No wonder she is allergic to anything that would cure her ‘sickness’.

What she does after getting some money

Having ‘earned’ some money, Garfield Woman decides to get off the bus. As she is getting of the bus, a voice can be heard in the background saying “another bus then ask another person”. This seems to be true as Garfield Woman looks around the bus stop with a quizzical look on her face after alighting.

We also noted something odd when she alights. At 0:03, she can be seen tapping out. Now that implies that she has money in her ez-link card. So much for having no money for the fare.

Mr Toh’s post on Garfield Woman captured the attention of Singaporeans, with the video being shared over 800 times. What is interesting though, is that a few Singaporeans have claimed that Garfield Woman has used this tactic on numerous occasions.

Here are some of them:

Needs mental rather than financial help?

However, one netizen claimed to be the former neighbour of Garfield woman. Ms Amanda Clarke revealed that she knew Garfield woman since she the latter was a teenage. Ms Clarke added that Garfield Woman is not mentally sound and encouraged Singaporeans to give her “a dollar or two”.

If Ms Clarke’s word is true, then mental help and patience must definitely be afforded to Garfield Woman.