Must Share News – Independent News For Singaporeans
Home News 10 Reasons To Build A Wall Around Yishun To Make Singapore Great... 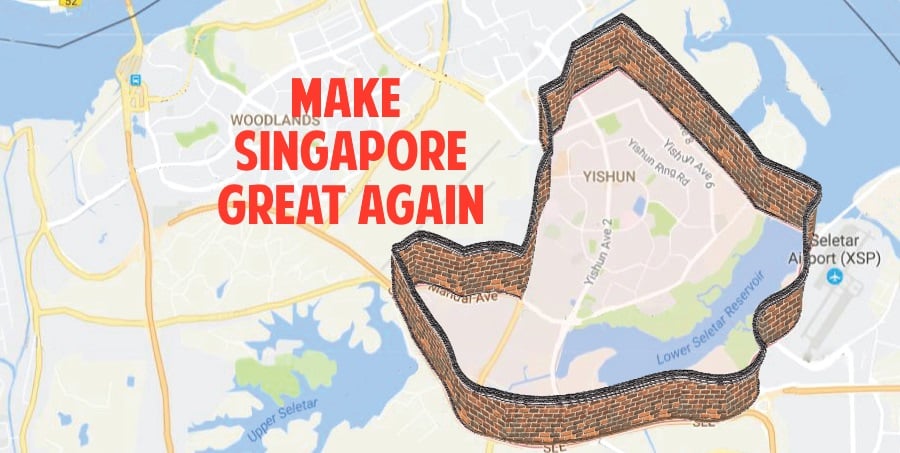 Disclaimer: This article is satire, please don’t be triggered okay 🙂

Tucked away in the northern region of Singapore, Yishun makes news headlines regularly. From murders to strange men asking families for their children and people biting cab drivers, this makes us wonder — what’s going on with Yishun?

The list of incidents that have taken place in the estate might motivate you to sign a petition for the authorities to do like what Donald Trump would do, and build a wall around Yishun. Or perhaps we can donate  Yishun to Malaysia.

1. Man Asks Families For Their Children

This man figured the best way to have children is to simply ask people for them.

According to this Yishun resident, the unidentified man went knocking on the doors of flats, asking families for their children.

This is a translation of what Facebook user Farah Ridhwan said on her page:

This happened to me around 1pm at my place in Yishun.

Suddenly there was a Malay guy giving the salam while peering into my window. Luckily, I had my headscarf on at that time. I answered the salam. The best part was, he asked, “Is there a baby in this house?”. I answered, “No. Why?”. He immediately ran away.

Without hesitation, I locked the gates and door. Fortunately, the kids were in the room so he didn’t see them. I don’t know his motive for asking but I am sure he must have followed the kids and I from the food court. As soon as I reached home and I brought things in and closed the door, he appeared at the window. Made my heart race, he did.

(Islamic expression expressing resignation to God) I was so afraid at that time. Mothers, please be extra careful. I had to lodge a (police) report to check the CCTV (footage) in my house’s vicinity.

Other residents also reported over Facebook that they had an encounter with this man, according to Stomp.

Yishun is probably most recognised for its infamous cases of cat deaths. The number of felines that have died is so high that even the area’s Member of Parliament Louis Ng expressed his concerns in a lengthy Facebook post on Oct 23, 2015.

According to the The Straits Times, there was a staggering 47 cases of cats reported dead in Yishun from Sept 2015 to July 2016.

Three deaths were confirmed to be from animal cruelty, but fourteen cases were due to other causes, for example “accidental falls from height”. 25 cases were unsolved.

In another area of Yishun, 39 cats did not die, but nevertheless lived in shocking conditions. They were found in faeces-caked cages in a flat on Yishun Street 21.

“People said my house is smelly. To me, I’m used to it,” Mr Roslani Ahmad, the owner of the flat, told Channel NewsAsia. “Cats are lovely to me. Cats are lucky. The cats are inside the cage, and each month I buy three or four bags of cat food for them.” 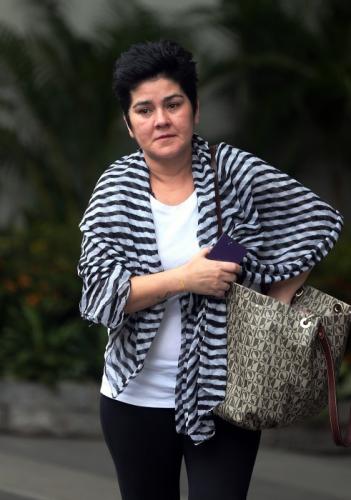 A 45-year-old beautician bit a taxi driver on his forearm on Dec 17, 2015 after he chased her for cab fare that she didn’t pay. According to the The Straits Times, she was sentenced to two weeks’ jail.

Paula Alexandra Aiyos Ribeiro, a Portuguese permanent resident, was intoxicated when she bit Mr Lee Chee Wing, 56, at a void deck of block on Yishun Street 61. She and her husband had taken Mr Lee’s cab and tried to leave without paying their fare. 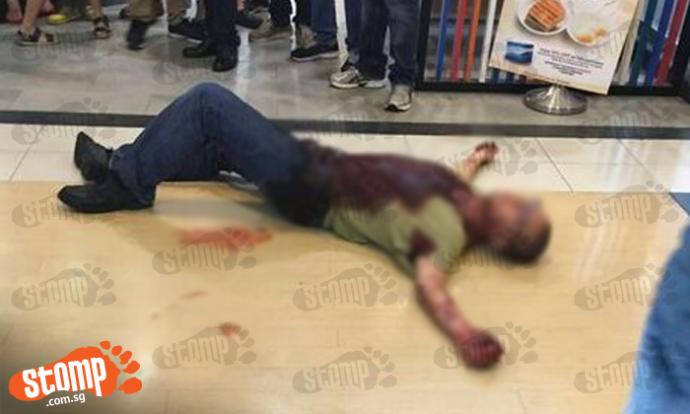 Northpoint Shopping Centre is the main mall of Yishun. Next to it is Golden Village’s Yishun 10 cineplex, Singapore’s first multiplex cinema, where Yishun residents can get their fill of cinematic marvels.

But on Aug 13, 2016, a scene straight from a slasher movie played out in real life in the mall itself.

The Straits Times reported that a 20-year-old who looked like an army boy was seen stumbling out of a toilet, drenched in blood. He collapsed in front of a food court at around 1pm.

There was speculation that a murder or stabbing had taken place, after photos of the bloodied man went viral on social media; the police, however, said preliminary investigations pointed towards attempted suicide. 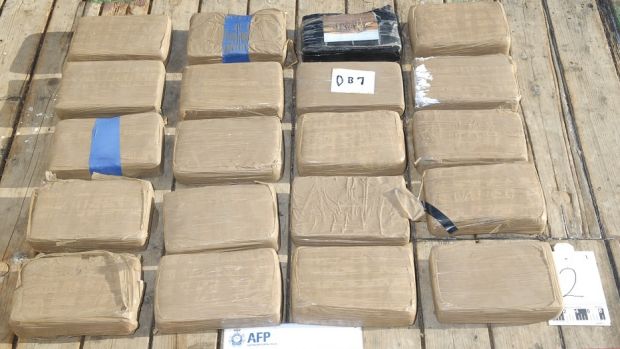 In Yishun, as in the rest of Singapore, smuggling drugs will get you the death penalty.

However, this man who lives in Yishun decided to be a bad-ass. He decided to smuggle drugs into another country.

Barry Zheng Congde was charged in Australia with smuggling $64.6 million worth of cocaine into the country.

According to The Straits Times, Zheng and nine Chinese nationals were arrested on Dec 12, 2016 about 1,300km off the coast of Tasmania.

Speaking of drugs, Yishun apparently had its very own “drug store” until recently, according to AsiaOne.

The Central Narcotics Bureau conducted an 11-day operation in 2016 that saw the seizure of drugs worth over $88,600.

Among 111 suspects arrested in the islandwide operation was a 26-year-old Singaporean who was was suspected to be the leader of a drug syndicate.

He was arrested at a location believed to be a drug store in — wait for it — Yishun.

Approximately 1.8kg of cannabis and a small amount of Ice (worth over $62,000) were recovered on the premises. 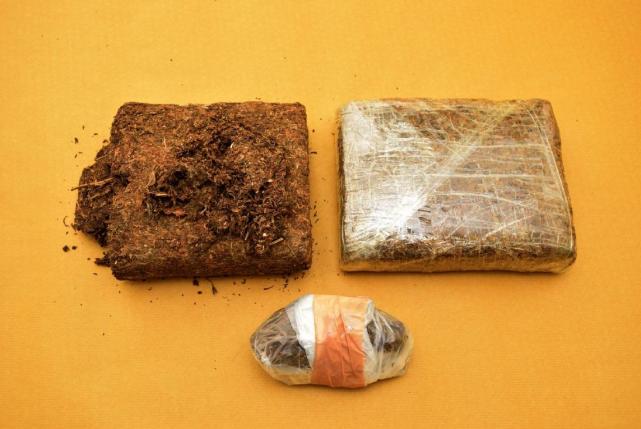 Wonder whether the drug ring leader was a friend of Barry Zheng Congde?

A body of a female in her 40s was found floating near Yishun Dam, at the mouth of Seletar Reservoir, on Dec 19, 2016, reported Today.

She was pronounced dead by paramedics at the scene. 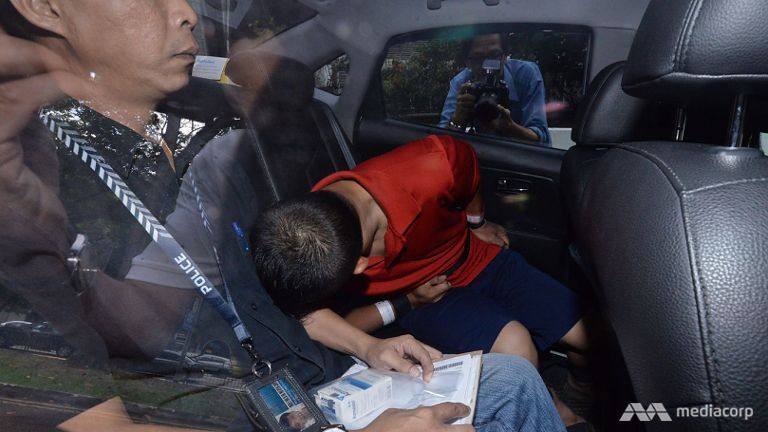 Her sister, who lived next door, alerted the police and called the ambulance.

Many HDB estates have undergone upgrading, as a result of residents who voted for a better living environment.

In Yishun, turns out that one resident got more than her family might have voted for.

A Bangladeshi construction worker who was doing upgrading work in an HDB flat at Yishun wound up molesting a 20-year-old student who lived there.

The Straits Times said Khalek Abdul, 26, denied charges of outraging the victim’s modesty by kissing her neck and grabbing her breasts on July 14, 2015, while no one else was home. He said he touched her accidentally.

Stuff doesn’t just fall from the walls and ceilings of flats in Sengkang, apparently.

According to The Straits Times, the concrete slab slashed through his clothes, cutting the side of his knee. He also injured his toe.

His daughter, who is the owner of the flat along Yishun Ring Road, said that the flat was is over 30 years old and had not undergone upgrading.

We don’t know why Yishun seems to be in the headlines for all the wrong reasons recently.

But for the sake of the residents living there, we hope the crazy incidents stop. If anything, we hope this post raises more awareness for Yishun so authorities are pressured to look into this. Perhaps they’ll allocate more resources and be more vigilant around the area, which will improve the safety of residents.

Failing which, we can use our ERP contributions to build that wall. And then maybe those ERP charges will be good for something.