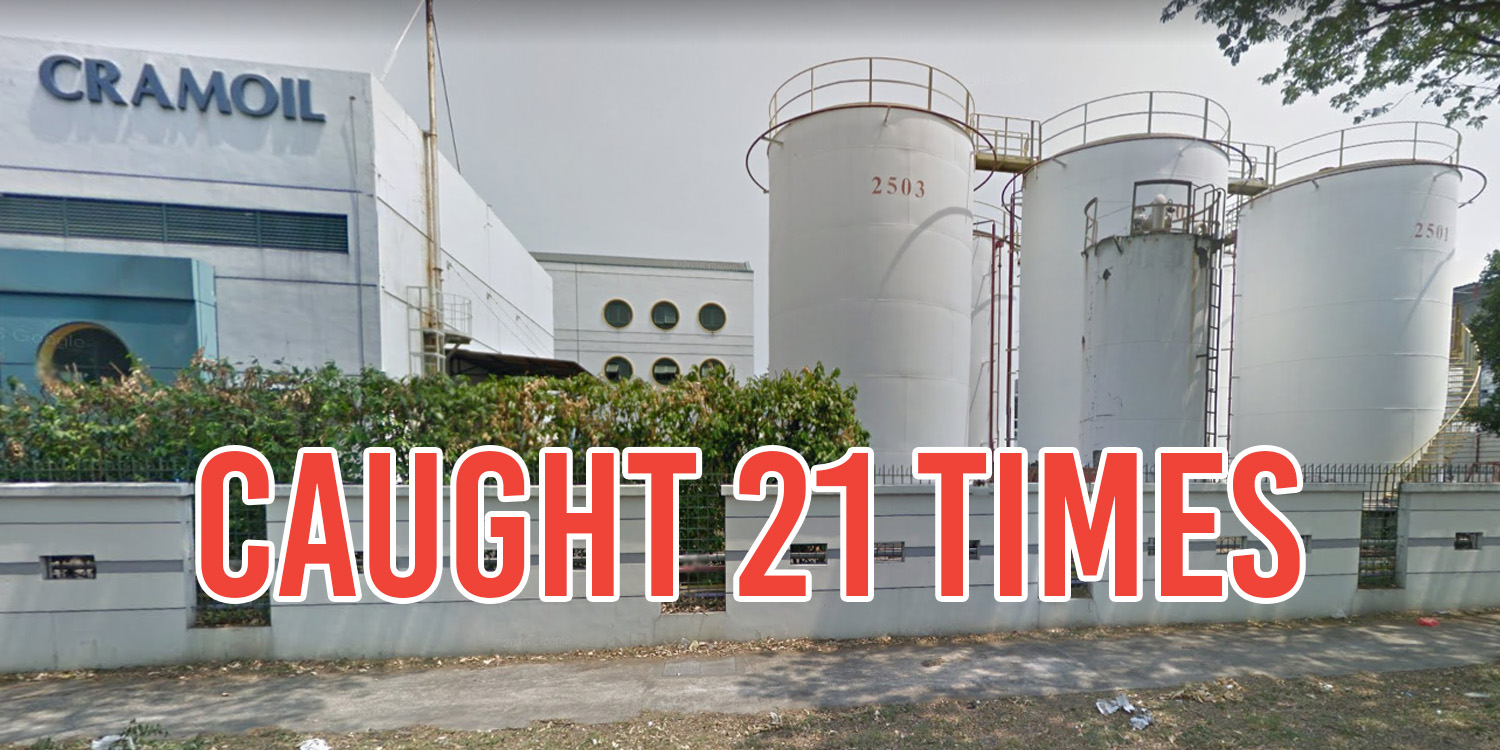 Despite Being Fined For 20 Offences, Cramoil Singapore Has Not Learnt Its Lesson

If you fool me once, shame on you.

Fool me twice, shame on me.

The firm in question, Cramoil Singapore, has been fined 20 times for similar offences since 2010.

Now what do you do with an errant company like that?

PUB busted Cramoil during an overnight operation on Apr 15.

Upon investigation, the national water agency found that Cramoil had tampered with its used water sampler, possibly to manipulate readings of its discharge.

This discharge contained 16 different types of prohibited volatile organic compounds, including flammable ones.

Many of them were in dangerously high concentrations.

So high that they could cause fires in the sewer pipeline and downstream at the Jurong Water Reclamation Plant, according to PUB.

And that’s not all.

Tests on Cramoil’s discharge showed the presence of five kinds of metals and chemicals in concentrations that exceeded allowable limits.

Water Wally to the rescue

With the notice, Cramoil has to comply with strict regulations regarding and monitoring the treatment of its wastewater

But that’s not all that PUB is doing.

The agency is also pressing charges against Cramoil under the Sewerage and Drainage Act.

For illegally discharging trade waste containing dangerous or hazardous substances into a public sewer, the company could face a fine of up to $50,000 or a year-long jail term, or both.

But because it’s a repeat offender, Cramoil could be fined up to $100,000 or face a year-long jail term, or both.

Mr Maurice Neo, director of PUB’s water reclamation network, summed up the agency’s stance on this issue in a pithy quote:

We will press for deterrent sentences against repeat offenders.

Now, would that deter you?