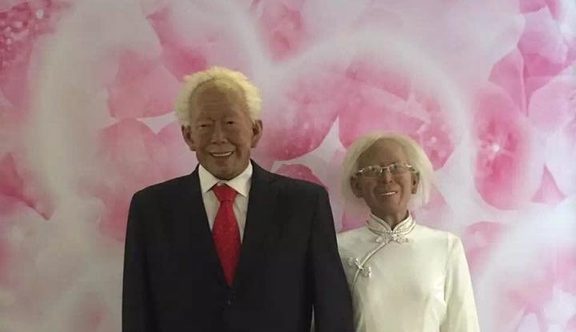 If you ever visit the Lee Kuan Yew museum in Meizhou China, you might be surprised to see LKY in a rather different form.

Here is what what someone spotted in the Lee Kuan Yew museum in Meizhou: 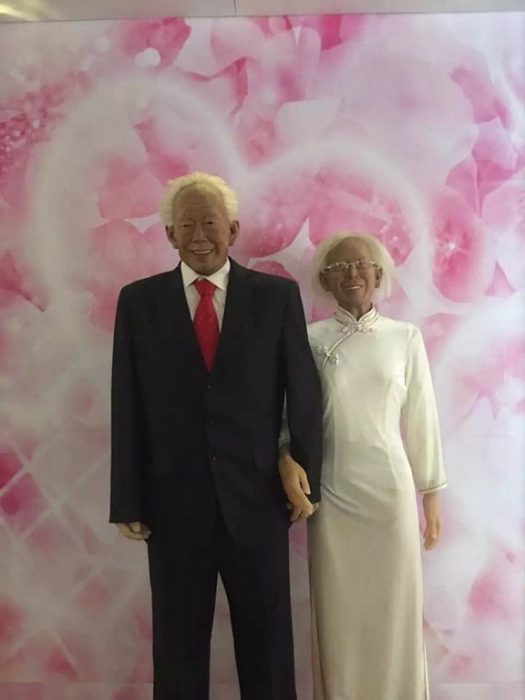 Most netizens were bemused when they saw the photo of Lee Kuan Yew and his wife’s wax figurine.

While we appreciate the thought of building a LKY museum in Meizhou, the two wax figures sure look like preserved bodies.

Maybe the museum ran out of beige-coloured wax?

Singaporeans are not impressed

We are definitely not impressed with how the Lee Kuan Yew museum in Meizhou depicted our founding father in the form of a wax figure.

But at least we know that Lee Kuan Yew’s influence and contribution to our nation has made a mark in this world. Here is a more classy way Spain has chosen to commemorate Lee Kuan Yew.