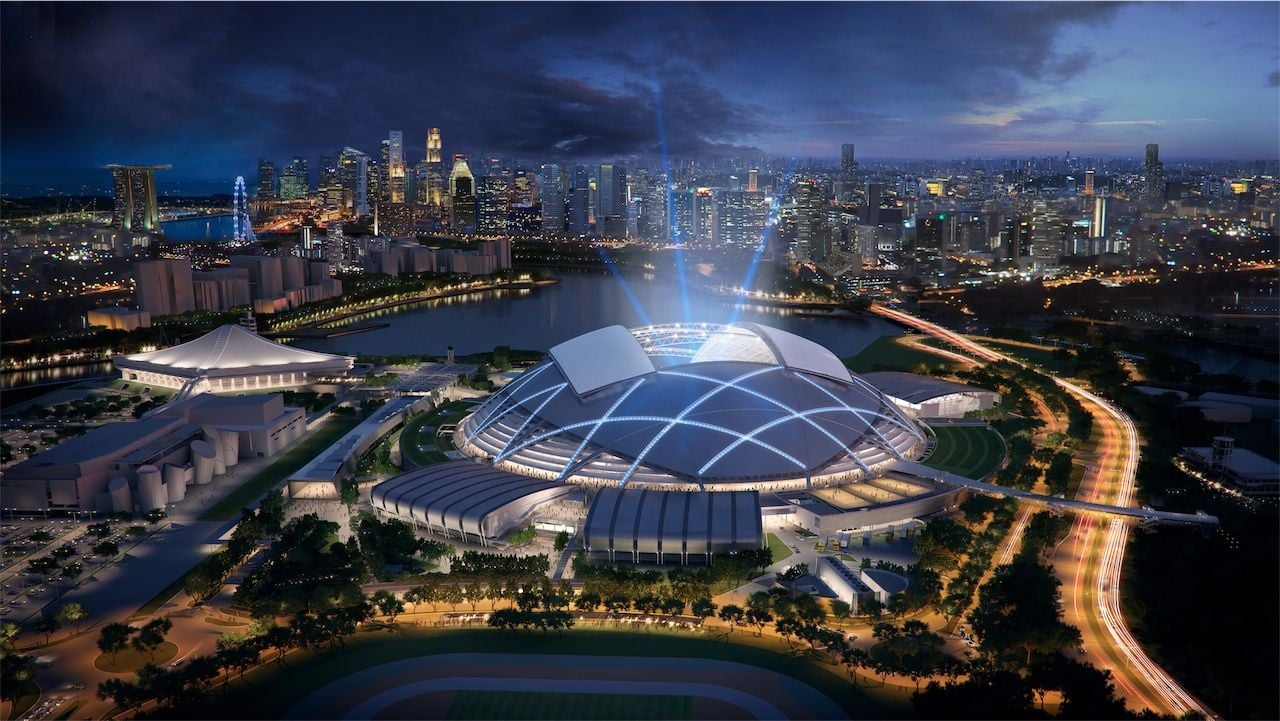 Our beloved National Stadium finally makes the news for something other than its failed hybrid pitch. Believe it or not, the Stadium is running to be the Stadium of the Year 2014, a competition organised by website stadiumdb.com. 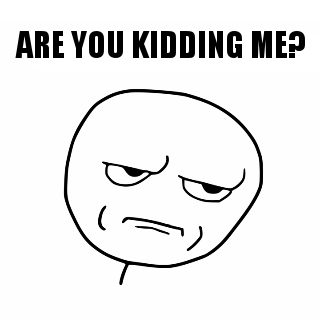 To qualify for this competition, stadiums have to hold at least 10,000 people and be opened in 2014. Singapore will compete against 32 other stadiums, which means that the competition is intense. But Singapore is the best, and we give you seven reasons why.

1. It holds a world record

The National Stadium currently holds the record for having the largest dome structure in the world. 310m of our steel trounced the Cowboy Stadium in Texas by 35 metres. So here’s our beautiful stadium with its fancy roof… 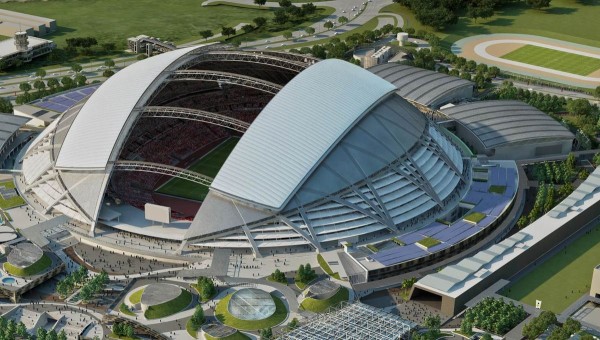 And the competition that we have overtaken: 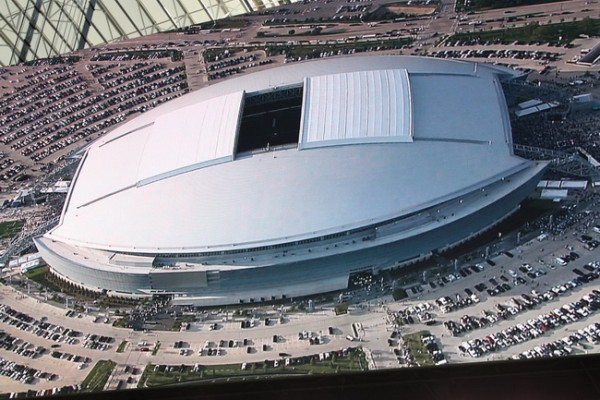 2. It has personal air-cons for everybody

Yes, everybody. Our stadium boasts individual blowers that propel 12 litres of cooling air per second to every single seat. Furthermore, because Singapore is a clean and green city, this system uses 15% less energy as compared to air-conditioning the entire stadium. 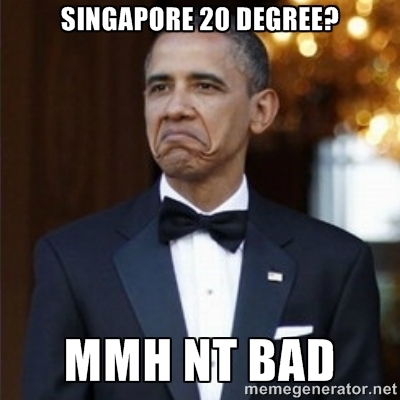 3. It lived through the 2008 Financial Crisis

The 2008 Financial Crisis was said to be the worst ever since the Great Depression in the 1930s. Banks collapsed, the stock market went crazy and consumer wealth declined by trillions of dollars.

So what if construction had to be put on hold and delayed? We didn’t leave our crown jewel in the lurch; Singapore waited, waited, and waited for the right time to restart the building process.

And our National Stadium turned out a survivor.

4. It is super productive

Remember how the government keeps asking us to raise our productivity levels? The National Stadium is productive to a level that PM Lee would be proud of.

It is the only stadium in the world custom designed to host football, rugby, cricket and athletics events. It also catered to Stefanie Sun, Jay Chou and Mariah Carey. Whatever you throw at it, the National Stadium holds its own. With the help of a couple of umbrellas, of course. 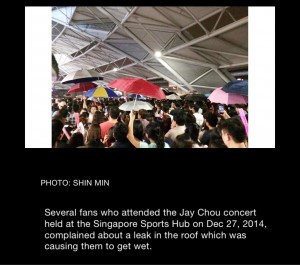 5. It does not cower in the face of failure

Our infamous pitch used the Desso GrassMaster surface, a playing field surface used in other famous stadiums in places like the UK, Brazil, and France. 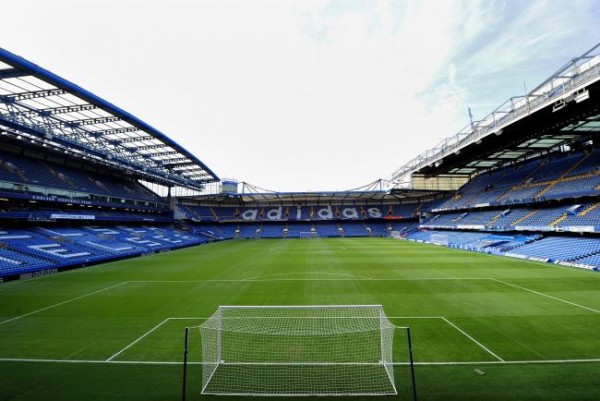 So now we know it’s not that the pitch sucks, it’s just that it refuses to work for us. It’s never been used in any South-East Asian stadiums before. Maybe the special grass hates our stifling humidity. 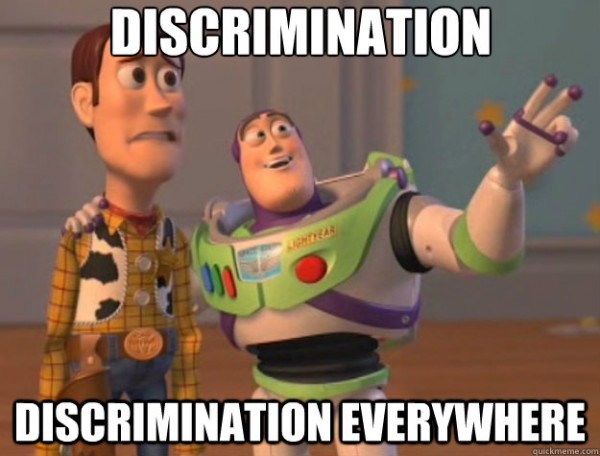 6. It is accessible from the North, South, East and West

The National Stadium is located next to the Stadium MRT station on the Circle Line, which can be accessed from all other MRT lines in Singapore. From the red line: transfer at Bishan. From the green line: no need to transfer, take to Kallang station and walk. From the purple line: transfer at Dhoby Gaut. From the blue line, transfer at Promenade. 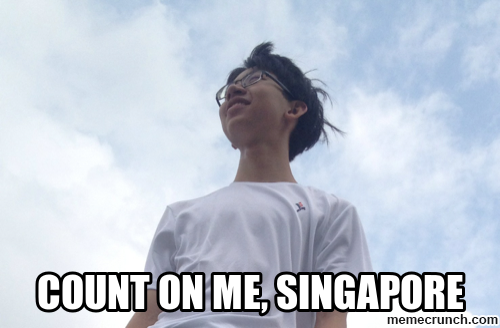 Out of all the stadiums nominated for this award, our National Stadium is the most expensive. We spent $1.87 BILLION on this. The Arabs didn’t even match our spending with their $222 million Hazza Bin Zayed Stadium, 8 times less than what ours cost. 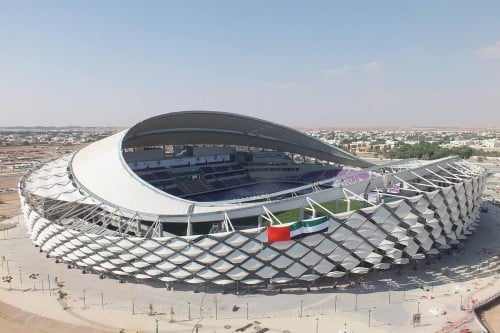 You don’t have to lie

Although we have been throwing rotten eggs at the National Stadium over its many delays and public embarrassments, don’t our patriotic hearts secretly swell with pride over our world-class stadium? Also, can we really bear to not get the title? We’re Asians after all. 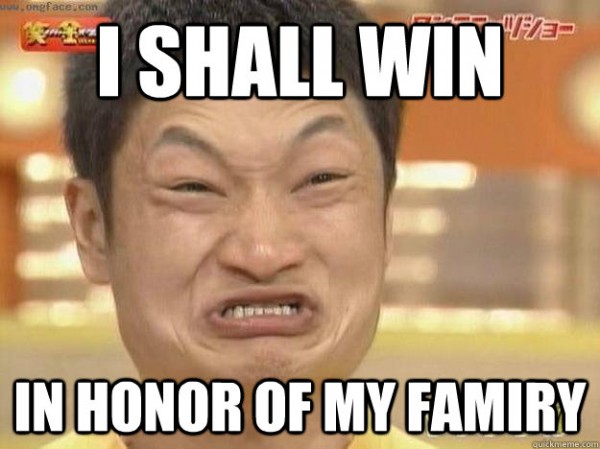 It’s time to head to stadiumdb.com and cast your vote for the 55,000-seater National Stadium.