Must Share News – Independent News For Singaporeans
Home News To Wear Black Or White On 29 March? 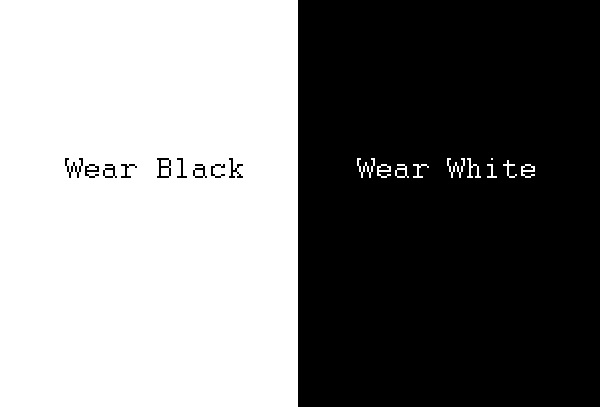 Even MPs have weighed in on the issue

Senior Minister of State and Member of Parliament and Dr. Amy Khor then suggested wearing a white flower.

In opposition to the Wear Black Movement is a counter-movement, calling on Singaporeans to wear white instead of black. 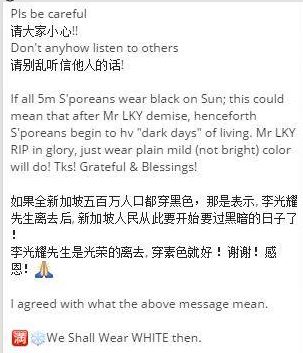 Why white, you ask?

He was the Man in White, apparently. And because Singaporeans shouldn’t be wearing black because superstition.

Alamak, wear what colour also must debate so much meh?

Whether you wear black, white, place a black ribbon or place a white flower on your shirt should be the least of anybody’s worries. None of that is particularly important.

Sure, seeing the movement succeed would be really cool, and would show a unity hardly seen in Singapore except on National Day. But this is a funeral we are talking about.

This debate is on the same level as The Dress — the one which had the entire Internet arguing over its colour. To quote Michael Jackson: it really doesn’t matter if you’re black or white. Or ebony or ivory. You get our point.

Like Minister Tan put it, wearing your heart on your sleeve appears to be the best option.