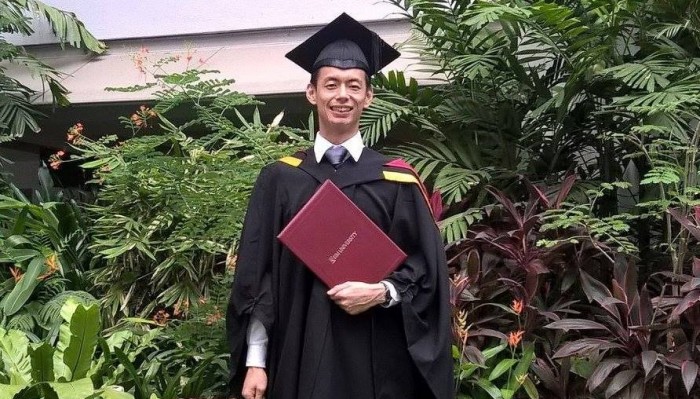 32-year-old Weevyn To didn’t have the easiest journey getting to where he is today.

Now a social worker at a family service centre, his life was once all about drugs, fights, and skipping school. His solution to life’s problems were to run away. He even managed to escape and literally run away from the Boys Home.

Mr To later turned himself into the home, and took his ‘O’ levels after some convincing from a caseworker. He scored 15 points, allowing him to enter a polytechnic, but his interest in the course wavered and was eventually expelled due to poor grades and attendance.

Things got worse when he went absent without official leave (AWOL) from national service twice. His continual pattern of destruction was difficult to break.

The turning point was when his grandfather was diagnosed with tuberculosis, and was in a critical condition in the hospital. Mr To had difficulty visiting his grandfather as he was in hiding from the military police at the time.

Determined, he managed to sneak into the hospital, keeping vigil with his grandfather while still keeping a lookout for police officers.

“I felt so useless then, that I could not even fulfil my basic duty as a grandson to care for him.”

The whole episode caused Mr To to mend his crooked ways. He started by following a friend to church, where a sermon inspired him to stop being selfish and inward-looking. This made him take responsibility for his life.

He eventually gave himself up to the police and spent more than a year in the detention barracks. Unfortunately, his grandfather passed away by the time he was released. But his determination to change became stronger.

He engaged the help of his MP — Deputy Prime Minister Tharman Shanmugaratnam — after his release. Mr Tharman then referred him to Mr Patrick Chan, a grassroots volunteer. Mr Chan eventually employed Mr To at his woodwork factory.

Still eager to pursue a profession to help people, Mr To applied for Bachelor of Social Work course at SIM University, but he was rejected as he did not meet the requirements. Not one to be discouraged, he noticed a clause that SAT scores may be considered.

He took his SATs and gained admission. Mr To came in third in his graduating cohort and formally graduated two weeks ago and achieved his goal of being a social worker.

Success is not a destination, it is a journey.

Mr To’s journey can be used as an inspiration to youths who have lost their way. His journey shows us that it is never too late to do something about your life. We just need to have the right mindset and work hard towards it.

Despite numerous setbacks he faced, Mr To refused to quit. His perseverance and burning desire to help people from going down the same path is heart-warming.

Mr To’s story comes across as a message to anyone who is in a downward spiral that there is always hope for a change, and it begins with yourself. 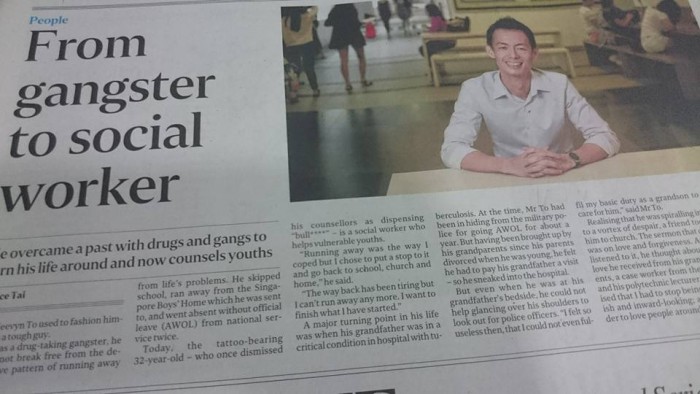