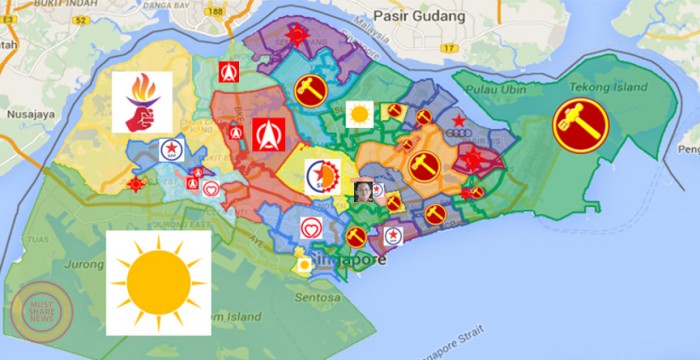 This map shows you where the Opposition will contest in GE2015 At long last, President Tony Tan finally clear all the doubts in our mind these few months, and has dissolved the Parliament and issued the writ of elections on 25 Aug.

Here are some important dates to note.

You can read about our report on the Electoral Boundaries report and our preliminary analysis on the changes to the electoral map.

MustShareNews reviews all opposition contenders for each electoral division.

Secretary-General of the Workers’ Party (WP), Low Thia Khiang, announced that the WP will be contesting in all the electoral divisions that they had contested in the previous elections. 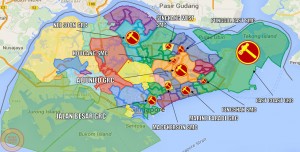 If all goes perfectly for the WP, they will be able to capture 28 seats in the Parliament.

On 26 July, Dr Chee had informed the media that the SDP will be setting their sights in contesting on the same areas as the party did in the previous GE — Holland-Bukit Timah GRC, Bukit Panjang SMC, and Yuhua SMC — including the newly created Bukit Batok SMC and Yew Tee – Marsiling GRC. 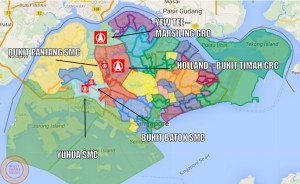 SDP can potentially capture 11 seats for the coming General Election.

The Singapore People’s Party (SPP) has confirmed they will definitely be contesting in the Mountbatten SMC as well as the Potong Pasir SMC.

The Potong Pasir SMC was the closest contested electoral division in the previous GE — Lina Chiam of the SPP was edged by PAP’s Sitoh Yih Pin by only 118 votes.

Jeannette Chong-Aruldoss from the SPP has also long announced her intention to stand for Mountbatten — even possessing a Facebook page called “Jeannette for Mountbatten“.

Ravi Philemon has also been confirmed to be contesting at the Hong Kah North SMC for the SPP, and will face Dr Amy Khor there.

Apart from the three confirmed SMCs, SPP will also be fielding candidates at the Bishan-Toa Payoh GRC with the Democratic Progressive Party — doing so will send their contesting members to join the SPP. 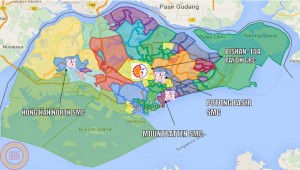 As at now, the SPP+DPP look to be contesting for 8 seats.

The Reform Party’ Secretary General, Kenneth Jeyaretnam, has confirmed with the media that the Reform Party (RP) will be looking to build on party walkabouts since the 2011 GE.

Mr Jeyaretnam also took a swipe at Prime Minister Lee Hsien Loong by suggesting to the media that PM Lee was afraid of the election contest for the coming General Election. 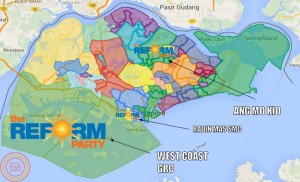 The Reform Party will potentially be fighting for 11 seats in the Parliament.

The newly created party is considering to contest for 2 GRCs. Founder Tan Jee Say previously contested at the Holland- Bukit Timah GRC in the previous General Election under the SDP banner.

Mr Tan has confirmed that the SingFirst will be contesting at Tanjong Pagar GRC and Jurong GRC, after being previously interested in Tampines and Marine Parade. 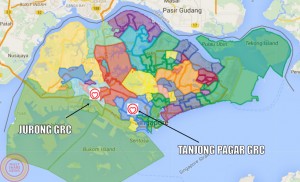 If they stick to the plan, SingFirst will be contesting for 10 seats.

The National Solidarity Party has been through a lot in the recent weeks, it was as if election started for them a month earlier.

With 3 resignations in less than a month, the NSP is in for a very rough start.

All in less than a month.

If fact, we are still not very sure if they will be contesting for the coming General Election at all, but we will just take the NSP’s Organising Secretary Spencer Ng word for it that the NSP will be involved in the coming GE.

As at 25 August, it is clear that the NSP will contest in 2 GRCs (Sembawang GRC and Tampines GRC) and 2 SMCs (Pioneer SMC and MacPherson SMC)

MacPherson SMC is set to see a three way fight with the Workers’ Party also looking to contest at the constituency, unless the NSP flip their prata again and decide to pull out. 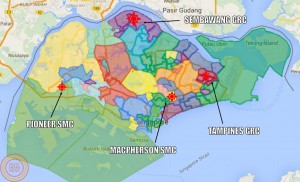 The NSP will be contesting for 12 seats as for now.

Political veteran Goh Meng Seng had initially wanted to contest at Whampoa SMC, but it was absorbed into the Jalan Besar GRC.

Mr Goh has since tweaked his plans to contest at the Choa Chu Kang GRC instead. 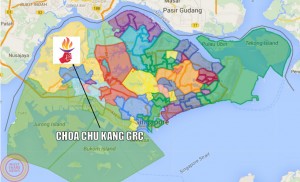 Goh Meng Seng and his newly created party are targeting 4 seats in Parliament for now.

Singapore Democratic Alliance (SDA) Secretary-General, Desmond Lim, has confirmed that the SDA is looking to spar with Teo Chee Hean in Pasir Ris-Punggol. 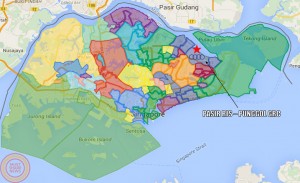 The SDA will be competing for 6 seats in the Pasir Ris- Punggol ward.

Independent Candidate Tan Lam Siong will also be joining in the election fun by himself.

Previously looking to contest at the Whampoa SMC before it was “swallowed” by the newly created Jalan Besar GRC.

The bread dispenser will now set his sights on the Potong Pasir SMC where he will face both PAP’s Sitoh Yih Pin and SPP’s Lina Chiam.

MustShareNews had an exclusive interview with Mr Tan when he shared with us his plans for Potong Pasir and his reaffirmation of his stance to contest at Potong Pasir SMC. 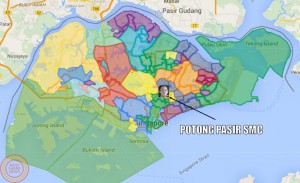 Judging from the map, every constituency looks to be contested in the coming General Elections for the first time ever. That’s right, even Lee Kuan Yew’s Tanjong Pagar GRC, with three corner fights in tow as well (Potong Pasir SMC and MacPherson SMC)

Will this be the finalized opposition map? Maybe… After you’ll never know who’s next to resign from the NSP.

Nonetheless, we are very sure that on the PAP’ side, this map is definitely accurate — 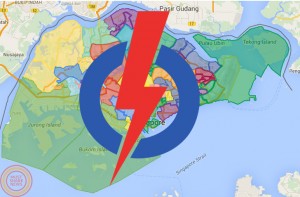