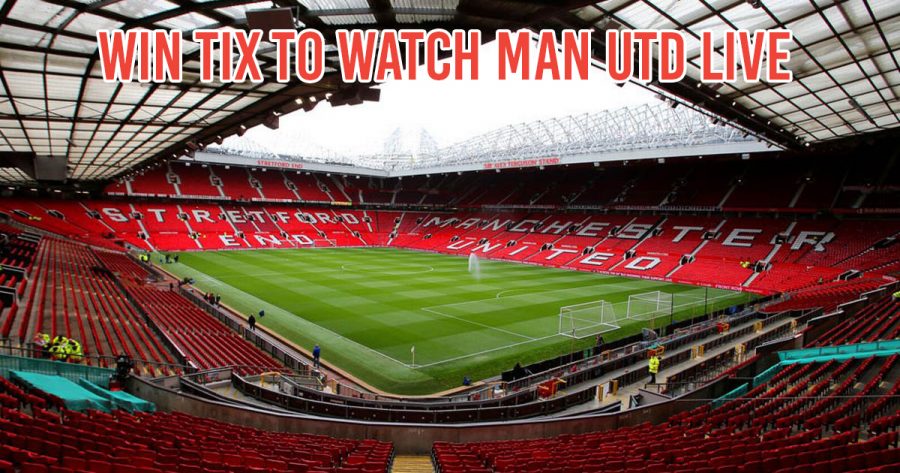 “Who Are We” Contest – Win Tickets To USS And Watch Manchester United Live!

Three videos and a stark black and yellow colour scheme are the only clues you’ll get for the mysterious “Who Are We” contest. But put on your thinking caps, and you might just find yourself walking away with a pair of tickets to Universal Studios Singapore amongst the other instant prizes.

Or, you might even be one of the lucky 5 winners to win the grand prize – a pair of tickets to watch Manchester United play live in Manchester!

Complete it in 60 seconds 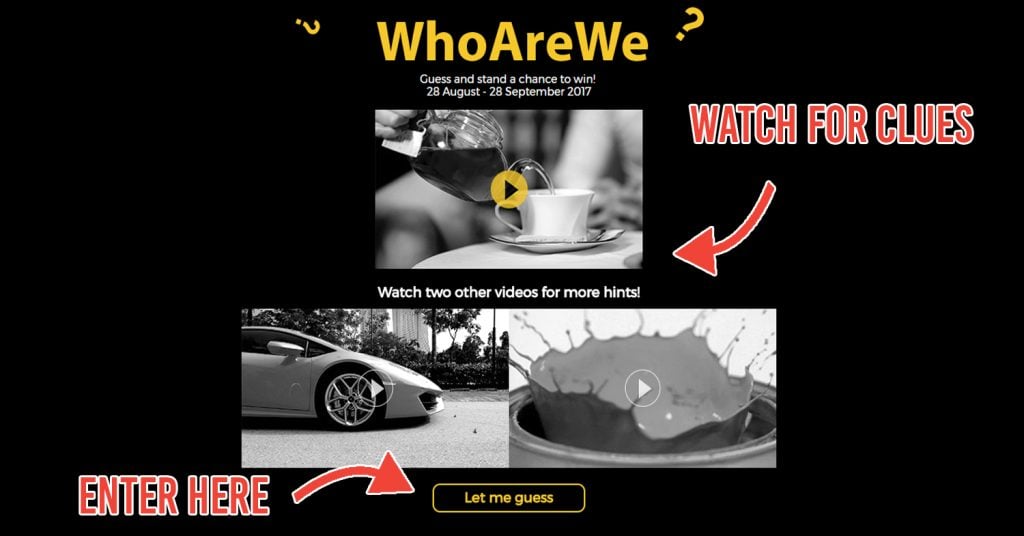 Unlike most contests with tedious joining procedures, participating in this is a breeze. Simply visit the competition site, watch the three videos (each less than 20 seconds long) for clues, and click “Let me guess” to submit your answer. And because we’re generous, we’ll give you one pretty big clue to who’s behind this contest – it’s a bank!

Guess correctly and you’ll enjoy five chances in the draw for the main prize. But there is more!

At the end of the submission, you can share this contest with your friends on Facebook. By doing that, you will get an additional five chances at the grand draw. Simple.

Remember to check your email for those unique IDs for the grand draw. Winners will be announced on 23 Oct. 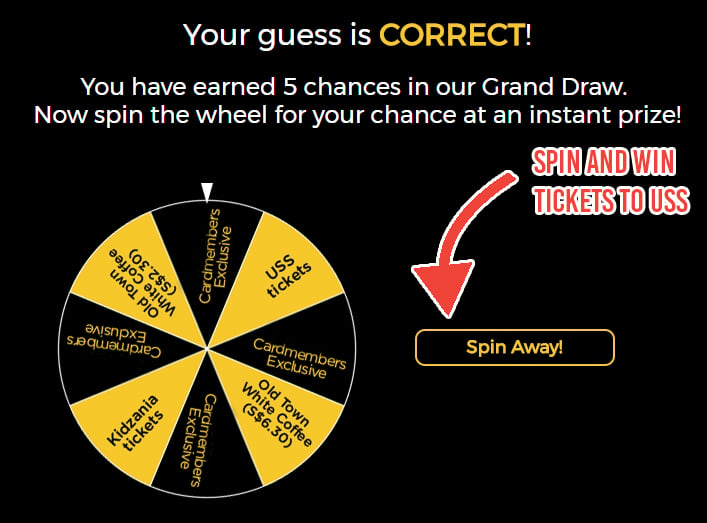 In addition to chances at the Grand Draw, you’ll be invited to spin an interactive wheel that gives you a chance at winning instant prizes. In fact, one of the huge attractions of this competition is the sheer number of prizes, including 50 pairs of tickets to Universal Studios Singapore and 100 pairs of tickets to KidZania Singapore (one adult ticket and one child ticket per pair). 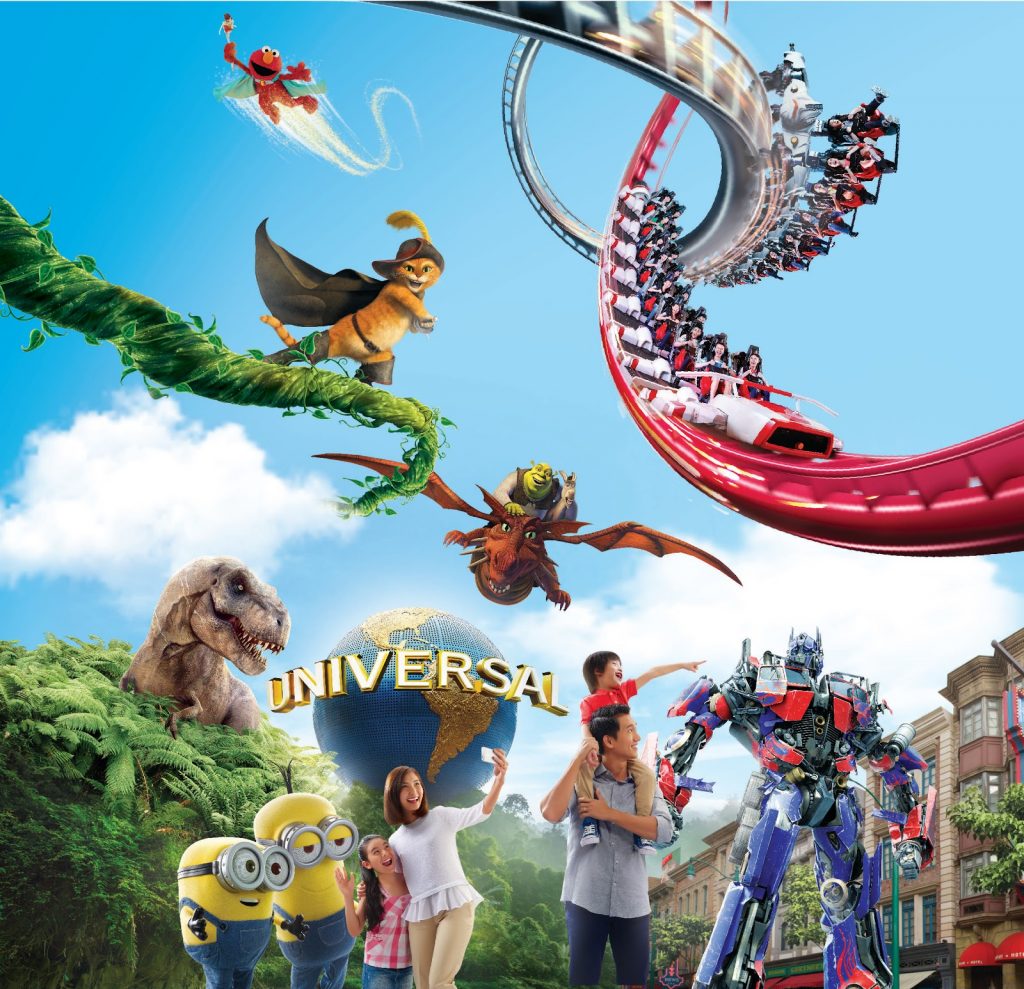 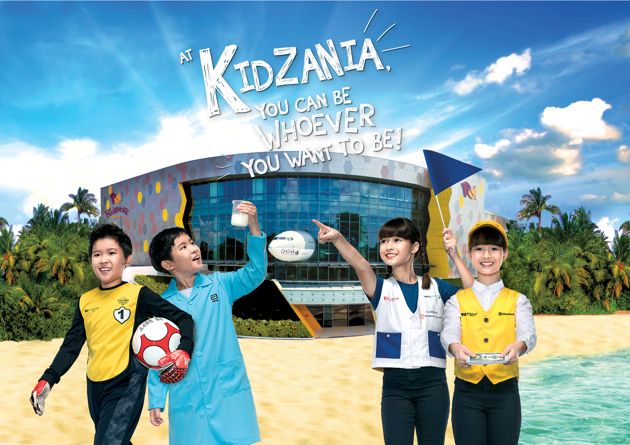 Other prizes include coffee and toast sets at Old Town White Coffee, and $50 off Apple products with a $1,000 purchase at Courts.

Click here to join the Who Are We contest!

This post is brought to you by a bank that happens to use a black and yellow colour scheme.