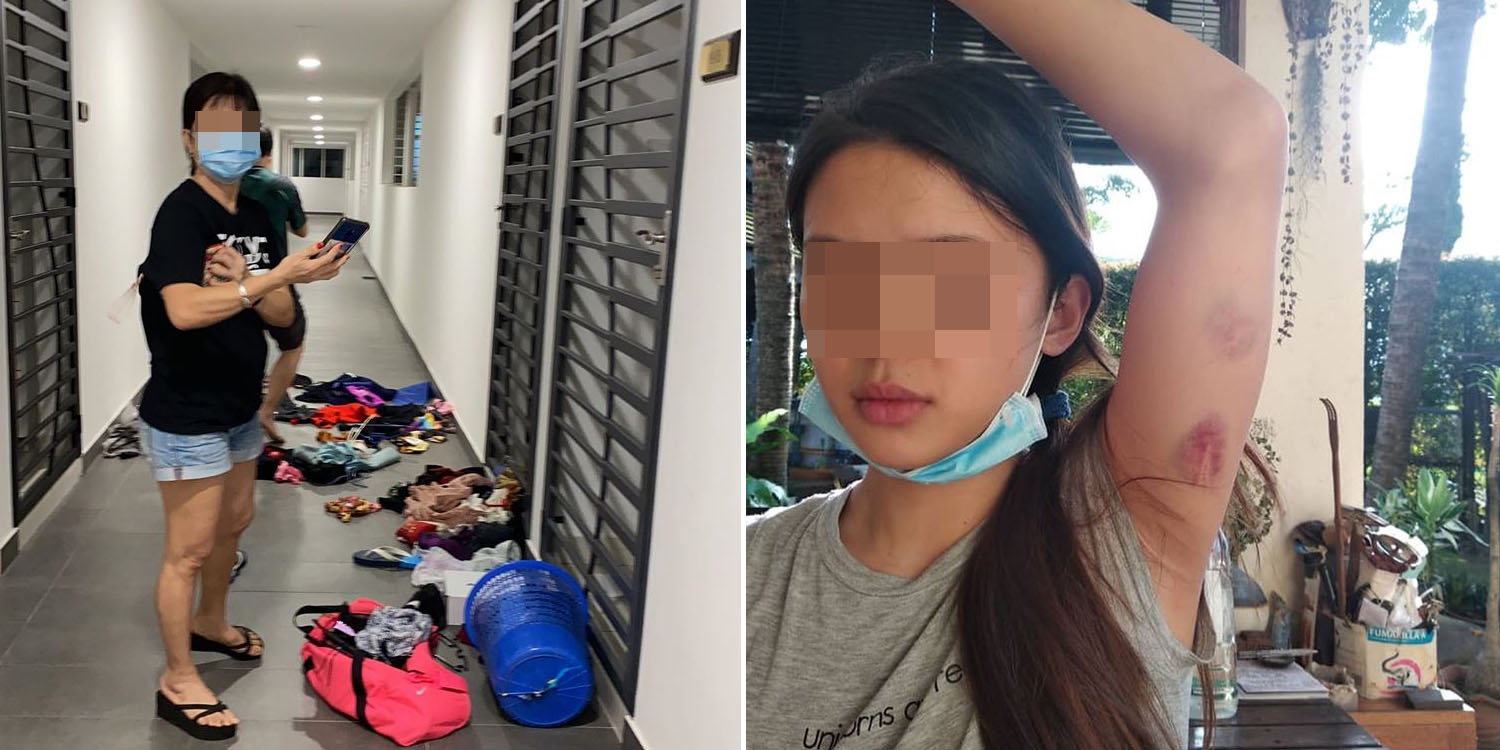 Oftentimes, people dream of marriage as a lifetime of bliss with your significant other. However, we know the truth is far from it, as it is a journey fraught with ups and downs.

In some extreme cases, it spirals into a nightmare that ends with physical violence and emotional trauma.

For one lady in Malaysia, it seems that this had become a reality. On Friday (24 Jul), she gave a distressing account of how she was allegedly beaten up by the one person whom she thought was her “life partner”. 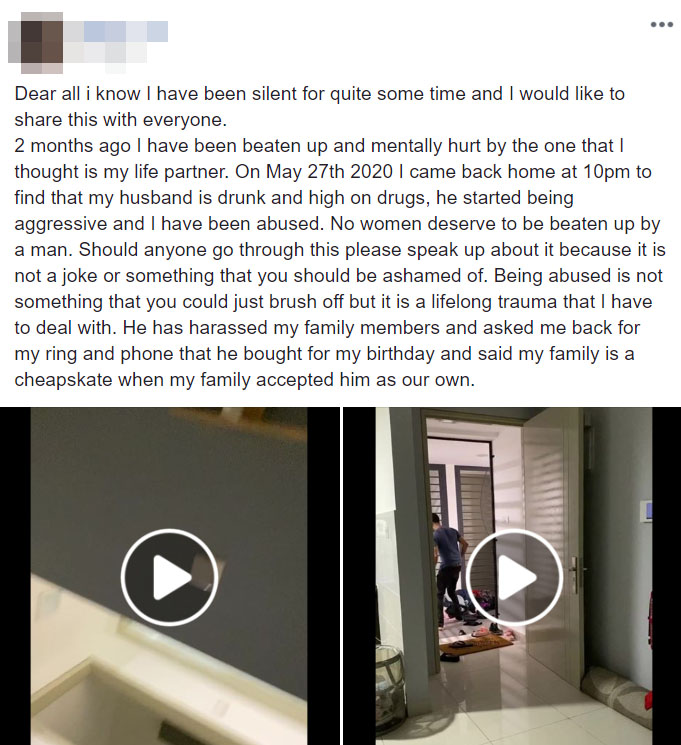 Accompanying the post were videos of quarrels turning ugly and pictures of bruises on her face and arm.

We break down her ordeal below.

The woman started off by saying she’s been keeping quiet for some time and decided to speak up now.

She alleged that on 27 May, she was “beaten up” and “mentally hurt” by someone whom she thought was her life partner,

The woman claimed that she came home at 10pm, only to find that her husband was “drunk and high on drugs”. This was when he allegedly turned aggressive, and she ended up as an abuse victim.

This was presumably the same night she had her clothes tossed out of the flat. 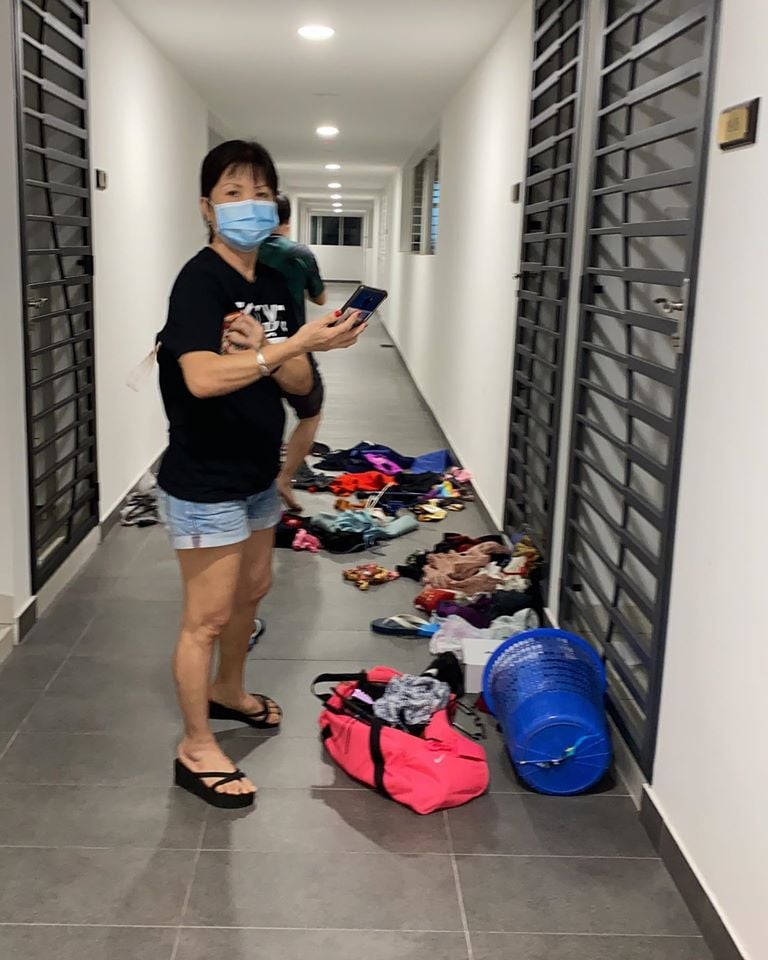 According to the woman’s post, the man had also harassed her family members. He apparently asked for her ring and phone – which he had bought for her – back.

He said my family is a cheapskate when my family accepted him as our own.

In another picture, she reveals 2 large bruises on her underarm. 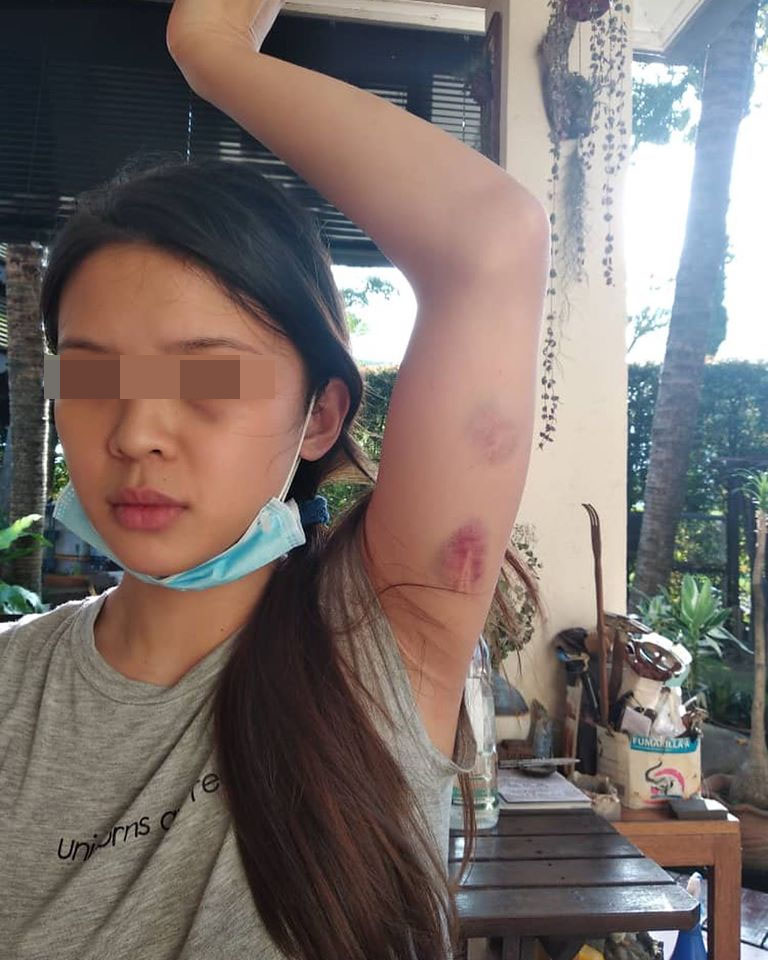 There is also discolouration on her left under-eye area, suggesting that she suffered a black eye.

Victims of domestic abuse urged to speak up

No [woman deserves] to be beaten up by a man.

If anyone was going through the same thing, she urged them to speak up about it because “it is not a joke” or something one should be ashamed of.

Being abused is not something that you could just brush off but it is a lifelong trauma that I have to deal with.

The woman’s post has since gone viral, with over 3,600 shares on Facebook at the time of writing.

Many people sent well-wishes to her in the comments, encouraging her to stay strong and take care.

Some also urged her to greatly reconsider her marriage.

Another told her to lodge a police report to ensure that her family and herself will be safe.

Call AWARE if you’re having issues at home

As this remains a one-sided account posted on Facebook, it leaves us with questions as to whether she has lodged a report, and why did the man started acting this way.

We’ve reached out to both man and woman for further comment.

In the meantime, what the woman says is right — no person deserves to be beaten up by another, especially their life partner. We deserve to live in a safe home.

Back in Singapore, if you know someone who has similar experiences, you can call AWARE’s helpline at 1800 777 5555.

Being subjected to abuse doesn’t mean it’ll be this way forever, there are steps you can take to put an end to it.