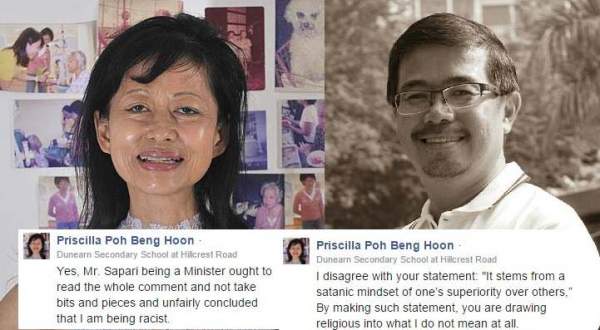 She believes comments made against her were unjust

After claiming that the Malay language was irrelevant, Priscilla Poh Beng Hoon is back in the limelight, refuting statements made by Pasir Ris-Punggol Member of Parliament, Zainal Sapari.

However, Ms Poh wasn’t about to take those comments lying down, and responded with a few choice words of her own.

In her Facebook post, Ms Poh replied that Mr Sapari had made a wrong and unfair conclusion about her being racist. She also added that by declaring her mentality as “satanic”, he was including religion into the whole situation.

Mr Sapari has yet to respond to Ms Poh’s latest remarks but we are sure his next Facebook post won’t have too many kind words.