Must Share News – Independent News For Singaporeans
Home News Woman Who Says Malay Is An Irrelevant Language Is Also A Serial... 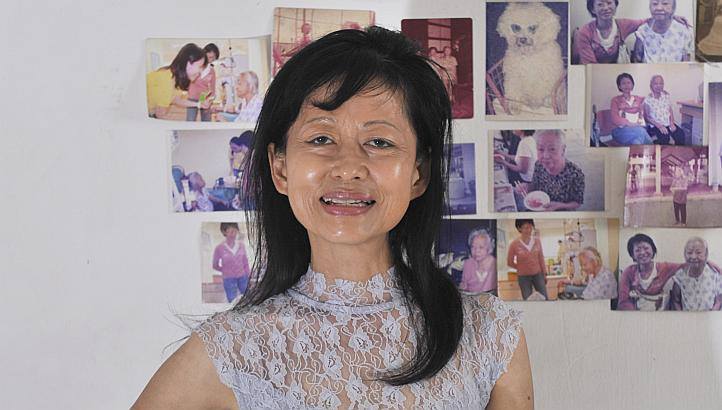 Priscilla Poh Beng Hoon’s criticism of the Malay Language as “irrelevant” and “makes her vomit” has infuriated netizens. She also described Hebrew, English, and Mandarin as “most valued languages in the world”. Of course, people weren’t too happy at her holier-than-thou branding of languages, and reacted rather accordingly. Pasir Ris-Punggol Member of Parliament Zainal Sapari posted on Facebook, branding her mentality as “satanic”.

But let’s not degrade into a name-calling session.

Instead, let’s find out about what Ms Poh does in her free time.

After some poking around on her Facebook page, we’ve discovered that the Malay-hating Ms Poh is also an avid contributor on the Forum section on local newspapers. Her interests appear to include current events and politics, with her letters appearing on The Straits Times and Today.

Let’s take a look at what Ms Poh likes to write about.

In her letter in The Straits Times, she reminded Singaporeans of the good deeds that were done by the church noting that it had contributed to the community.

She spoke of the church’s members doing community work such as assisting elders to hospitals for their medical appointments, tutoring poor children and exterminating bedbugs.

Such good words for the church, despite not actually being a CHC member. 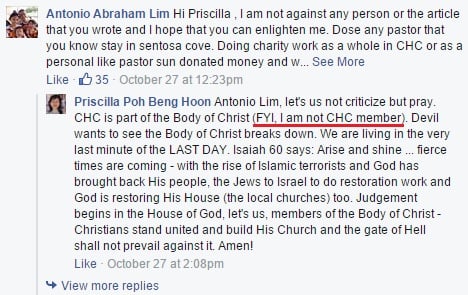 She argues in her letter to the Straits Times that the attraction should be preserved as the place has a rich Chinese heritage.

The place should be given a makeover, by adding to the number of culturally significant statues and dioramas that have been removed. In addition, Ms Poh even recommended that more effort be put into promoting the park’s history.

She rounded the letter off by indicating that Chinese food be served at the park.

In another letter to Today, Ms Poh commended the position Singapore took in light of the refugee crisis.

She pointed out that Singapore did the right thing by not accepting any refugees. Instead, Singapore should stick to helping in terms of money and relief items when countries are struck by natural disasters.

Ms Poh asserted that Singapore could not afford to accept any more refugees as this would contribute to the rise of human traffickers.

She’s an award winner too

Ms Poh’s deep insights into these issues in her letters led to her being crowned writer of the week by The Straits Times, or at least that is what she claimed on her Facebook profile.

Evidently, her overwhelming support for Singapore in her posts on Facebook paints an image of her as a patriot.

Keep your comments to yourself

Every Singaporean is entitled to their own opinion. We should all be allowed to express our opinions freely however  in certain cases similar to Ms Poh’s, some opinions are better left kept to ourselves.