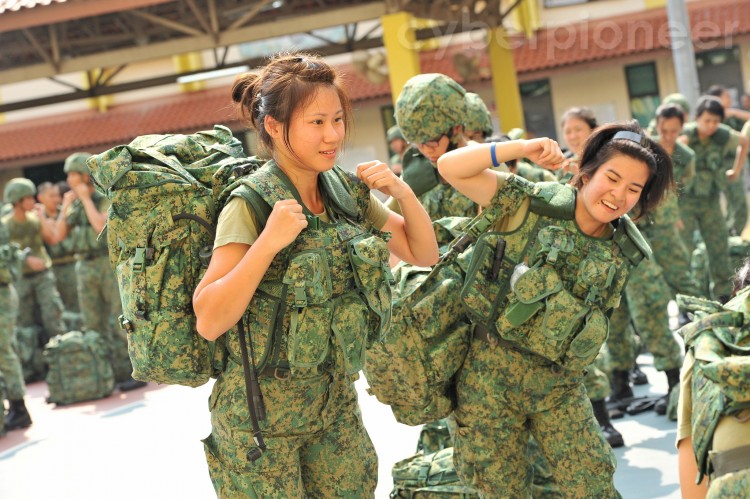 What sparked the age-old debate all over again is this Facebook post from 2013 that has recently resurfaced.

Two years ago, Director of tech firm Nebulas Tree Zen Leow posted a screenshot in response to a female netizen who said that women should be asked to serve NS only when men can give birth.

He said that he does not support the idea of mandatory conscription for women, but women should not use the excuse of childbirth to avoid conscription.

The debate of whether women should conscript goes on. It is at times gender divisive and has stirred up many strong emotions of anger, indignation, injustice and jealousy.

A  comparison between NS and childbirth is unfair and ridiculous. They differ in length, pain, effort etc. The consequences of comparing both would only result in both genders blaming each other, and increased polarization of society.

In a survey from the Institute of Policy Studies (IPS), 98% of Singaporeans supported male conscription. However, in the same survey, it was found that only 9% of women were willing to conscript.

There are also instances of hypocrisy and apathy from other females. In a YouTube video titled “Singapore’s most hypocritical girl”, a woman said that NS makes a “man more responsible”.

However, when asked if she would volunteer to serve NS, she replied that she would not want to waste 2 years and push back her studies.

Although some guys like Leow believe that women should not be forced to serve NS, some are clearly dissatisfied and want “equal treatment”. Others like Banyan Tree Holdings’ executive chairman Ho Kwon Ping felt that NS should be for women too.

Female conscription for social purposes would indeed supplement and to some degree even replace foreign professional caregivers.

Hmm, it sure would be interesting to know the percentage of men who want women to serve NS.

But in the meantime, we can already envision girls enlisting into NS — basically an episode of Ah Girls to Women.

Should NS be for women? Let us know what you think.