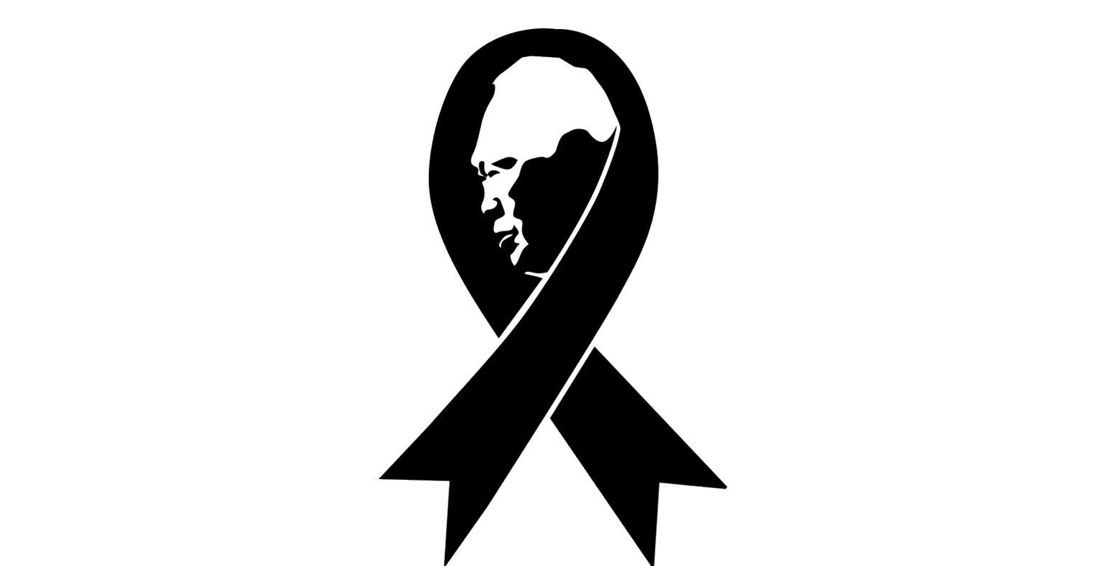 Such was the level of respect that LKY commanded

Former Prime Minister Lee Kuan Yew passed away today (23 March) at 3.18am at Singapore General Hospital. Condolences have poured in from all over Singapore, tributes have been posted on social media; and the nation weeps.

From world leaders, these are 33 statements lauding the miracle who is Lee Kuan Yew.

1. Barack Obama: “A visionary. A remarkable leader. A true giant of history.” 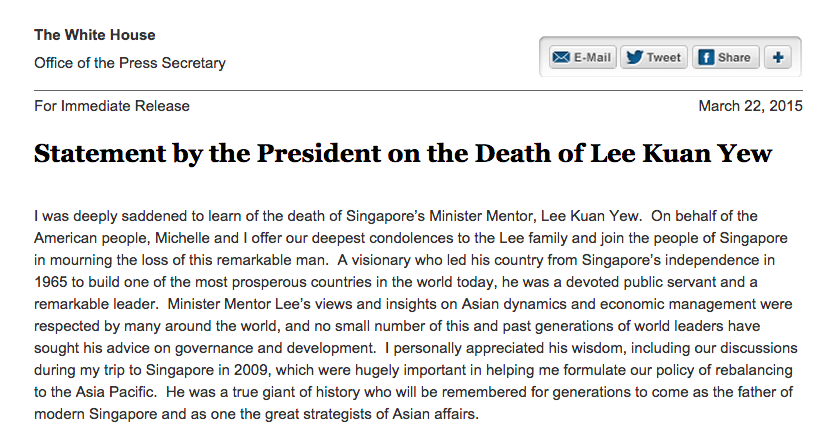 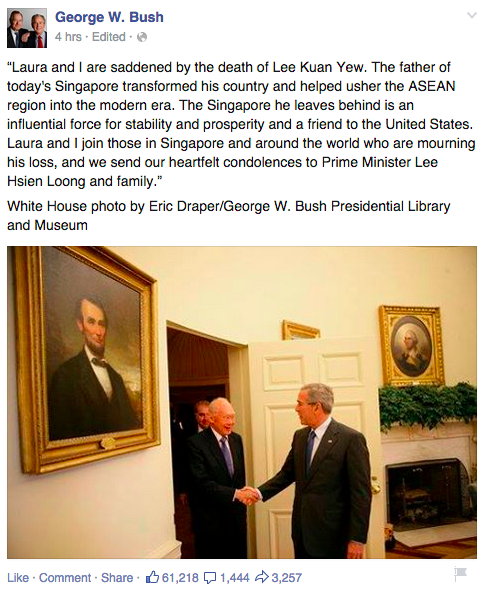 3. Najib Razak: “His legacy is assured.”

4. John Kerry: “Lee Kuan Yew exuded wisdom. He was, of course, a uniquely astute analyst and observer of Asia.” 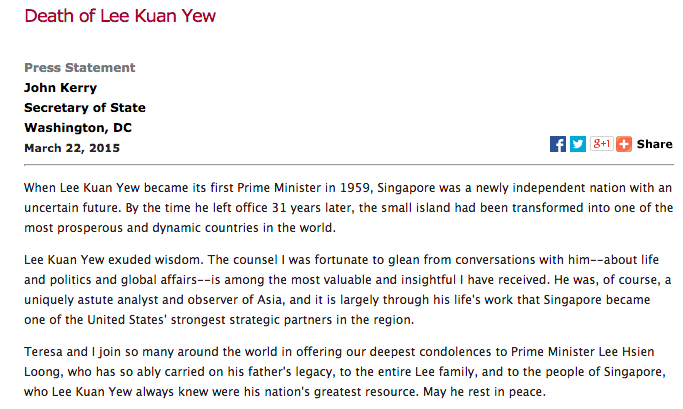 5. Tony Abbott: “Today, we mourn the passing of a giant of our region.” 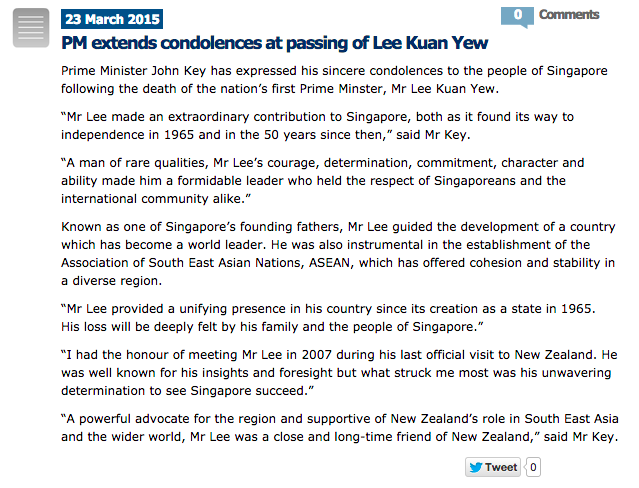 John Key is the Prime Minister of New Zealand.

7. David Cameron: “His place in history is assured, as a leader and as one of the modern world’s foremost statesmen.” 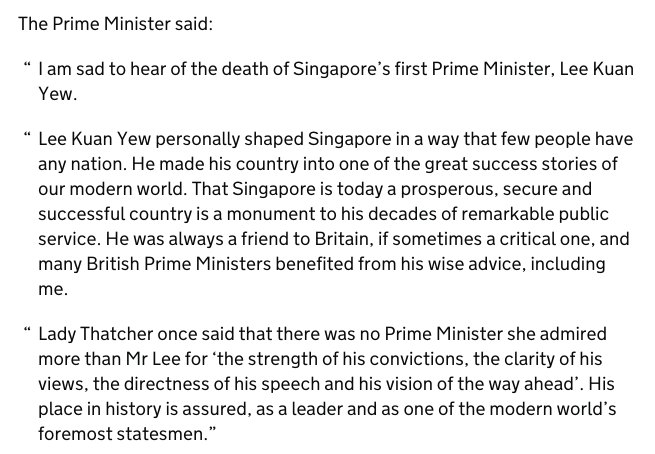 8. Tony Blair: “He was a genuine political giant.” 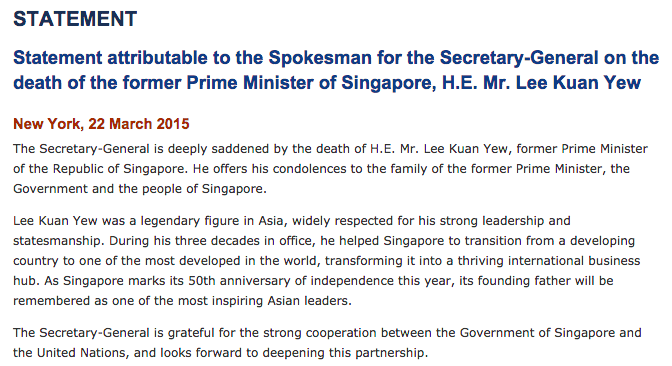 Hassanal Bolkiah is the Sultan of Brunei. 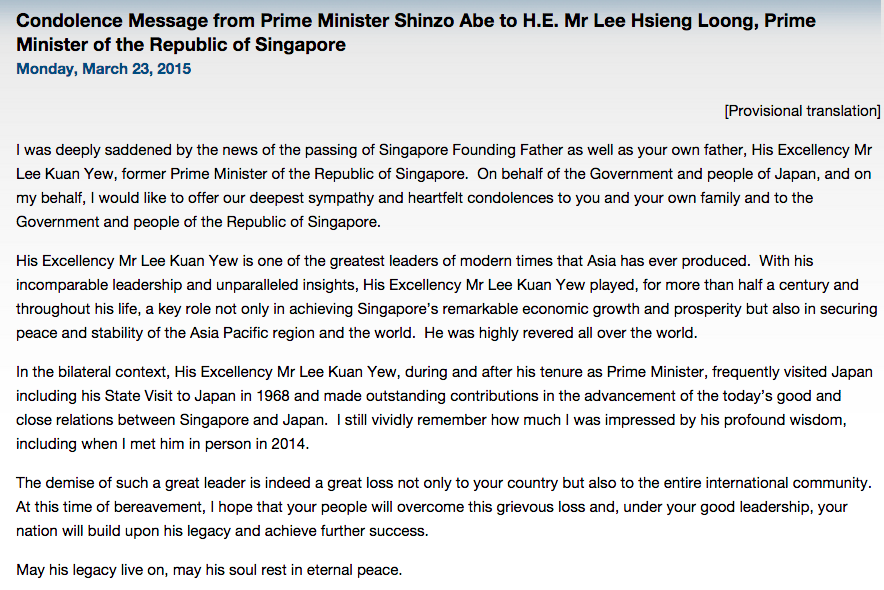 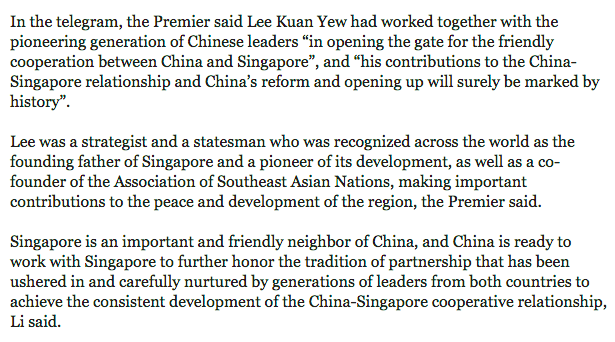 18. Ma Ying-Jeou: “”Lee was a visionary and world-class leader.”

20. Park Geun Hye: “An exemplary model for many world leaders.”

22. Christine Lagarde: “His wisdom and leadership will be remembered by people all around the globe.” 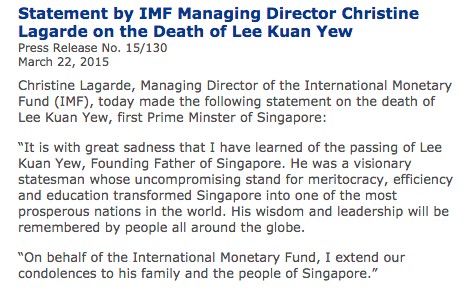 Christine Lagarde is the Managing Director of the International Monetary Fund. The screenshot shows a translated page and may not have accurately reflected the text’s original meaning. 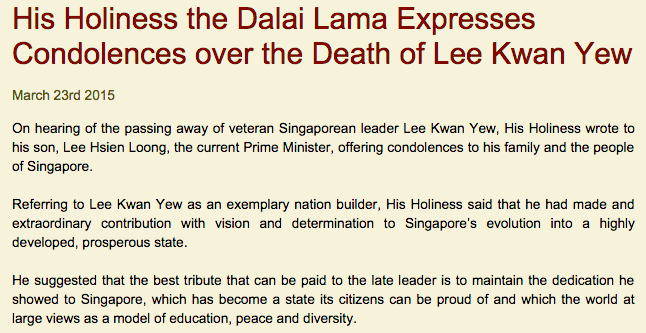 The screenshot shows a translated page and may not have accurately reflected the text’s original meaning.

26. Nguyen Tan Dung: “His thinking, and his contribution to Singapore’s development will always be a source of encouragement for future generations.”

Nguyen Tan Dung is the Prime Minister of Vietnam.

27. Hun Sen: “Under his guidance, Singapore has prospered and is famous throughout the world.” 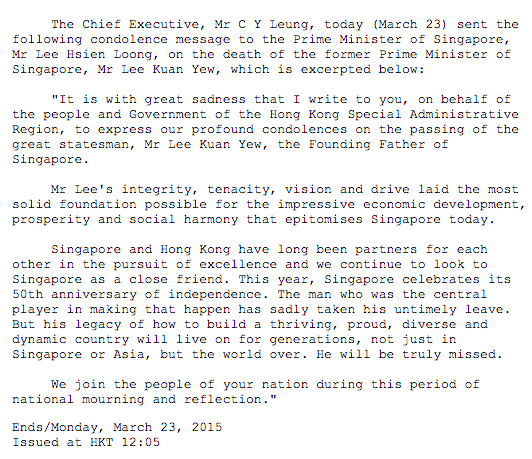 29. Pak Pong Ju: “A close friend of the Korean people”

Pak Pong Ju is the Premier of North Korea.

30. Vladimir Putin: “He earned his compatriots’ sincere love and respect”

“I regret the passing of the ex-Prime Minister of Singapore.” He is the President of Mexico.

Ashraf Ghani is the President of the Islamic Republic of Afghanistan.

These tributes are a testament to Mr Lee Kuan Yew’s legacy. Truly a man with the sort of vision and determination that Singapore may never see again.