Shisha gets banned in Singapore

Local humour group SGAG pointed out the irony of the recent shisha ban in Singapore. These pictures explain it best.

The e-cigarette comparison is particularly relevant, because e-cigarettes are generally acknowledged to be less harmful than real cigarettes because they don’t contain tobacco.

The images resonated well with Singaporeans, accumulating over 7,000 likes and 3,000 shares combined.  Of course, somebody has to keep Singaporeans on the Internet in check reading “the right thing”. I guess it was TODAY’s turn to “strike back”, by publishing an opinion piece defending the shisha banning decision.

“Banning shisha, but not cigarettes, a justified move”

This controversial headline could perhaps have led to constructive debate on this issue, but ended up incurring the wrath of the Internet after some very sloppy writing. The article written by Jerald Soon Shao Wei, defended the banning of shisha in the most ludicrous way. He listed three key points detailing why the banning of shisha was justified.

1. The government is helping to promote our liberty

“one could also argue that the Government is indirectly promoting our liberty by banning a harmful product. For example, one’s life expectancy could be increased by abstaining from vices detrimental to our health. This will allow us to further other pursuits in life.”

By this logic, every single vice in Singapore should be banned to promote our liberty and increase our life expectancy. Casinos and prostitution have far more negative externalities than smoking. But why stop there?  Perhaps you could even ban chicken rice since it is so unhealthy.

Clearly the writer doesn’t understand the meaning of liberty, which refers to the freedom of choice. By removing their right to choose, the liberty of Singaporeans is lessened, not “promoted”.

2. To avoid a backlash

“Banning cigarettes would affect a larger portion of the population. In light of a potential backlash from the banning of cigarettes, the Government has opted for the less drastic measure of imposing taxes.”

If it’s the mighty public backlash they fear, the government should stop increasing minister salaries, the number of ERPs or the continual censorship of films. Oh wait, nevermind. Guess that “potential backlash” ain’t such a biggie after all!

“…the tax money can be directed towards raising awareness of the ill effects of smoking cigarettes. Smokers can make their own informed decision to quit smoking.”

So to prevent smoking, you let him smoke, then tax him, then use the money earned to tell him not to smoke?

What did I just read?

And I’m pretty sure the money does not go into “raising awareness of the ill effects of smoking cigarettes.”

More readers react to the article

Distrust in mainstream media in Singapore is at an all-time high because of articles like these. Readers have picked up on how Singapore newspapers merely act as a mouthpiece for the incumbent government, publishing stories that support their decisions and policies. The practise of trying to manipulate public perception through media, by selective publishing like this no longer works like before.

Thanks to the Internet, people have the freedom to gravitate towards news sources they want to read and readership in mainstream media continues to dwindle. The only way for them to start gaining their credibility back is through fair reporting.

But perhaps even then, it might be already too late. 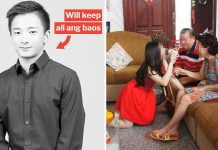