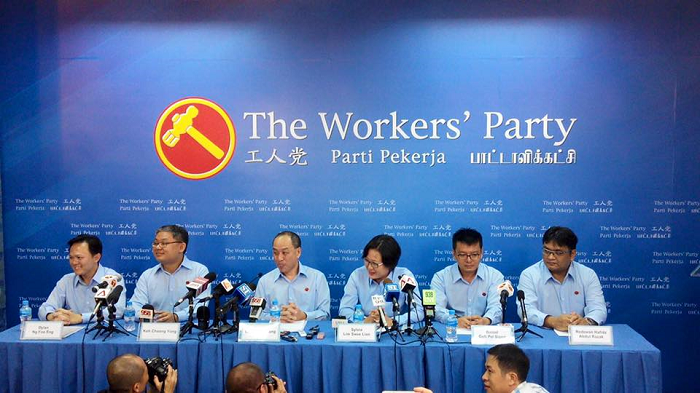 WP took their time to unveil their candidates for GE

Since the Parliament was dissolved with the declaration of Polling day on 11 Sept, we are gearing towards the election fast.

Almost on cue, the Worker’s Party (WP) revealed their first batch of candidates at their headquarters located at Syed Alwi Road this afternoon (26 August).

The party also introduced their theme for this upcoming General Election (GE): “Empower your future”.

WP will contest in 28 seats seats while defending 3 of their seats — Aljunied GRC, Hougang SMC, Punngol East SMC — for this upcoming election.

MustShareNews takes a closer look at the candidates WP unveiled.

He is an Associate Professor lecturing at the Department of Sociology, National University of Singapore. He is also the Deputy Head of Department and Convenor of the Cultural Studies Programme.  He researches and publishes on political sociology, cultural and urban studies, race and multiculturalism, and religion.

Daniel is a supporter of the WP since 1988 when he attended his first political rally in Eunos. He started helping with the party during the 2011 General Election and worked together with Minister of Parliment (MP) Chen Show Mao and Lee Li Lian.

He joined the WP in 2011 as a grassroots volunteer for the residents in the Aljuined GRC. He was elected as a member under the WP’s Youth Wing Exco back in 2013.

He is the Head of Wealth Management and Loan Sales at RHB, a Malaysian Bank. He graduated from University of Western Australia with Bachelor of Economics.

He joined the WP back in 2012 and emphasized the importance of giving back to the society through public service.

He is Senior Software Engineer working at Ruckus Wireless since July 2013.

He joined the party after the General Election in 2006, and was elected as the Central Executive Council in 2008. He contested in the previous GE in 2011 for Sengkang West SMC, and losing to Dr Lam Pin Min from People’s Action Party (PAP).

The WP has taken its own path. It’s a path where we can offer Singaporeans a credible choice.

However, the party will reveal the constituencies the candidates is opposing on Nomination Day come 1 Sept. So now, all we have to do is wait for more candidates to be revealed.